Make a simple rhyming activity to help practise rhyming pairs and learn about literacy in a playful, hands-on way! This would be great for both home and the classroom as a go-to resource on the shelf. 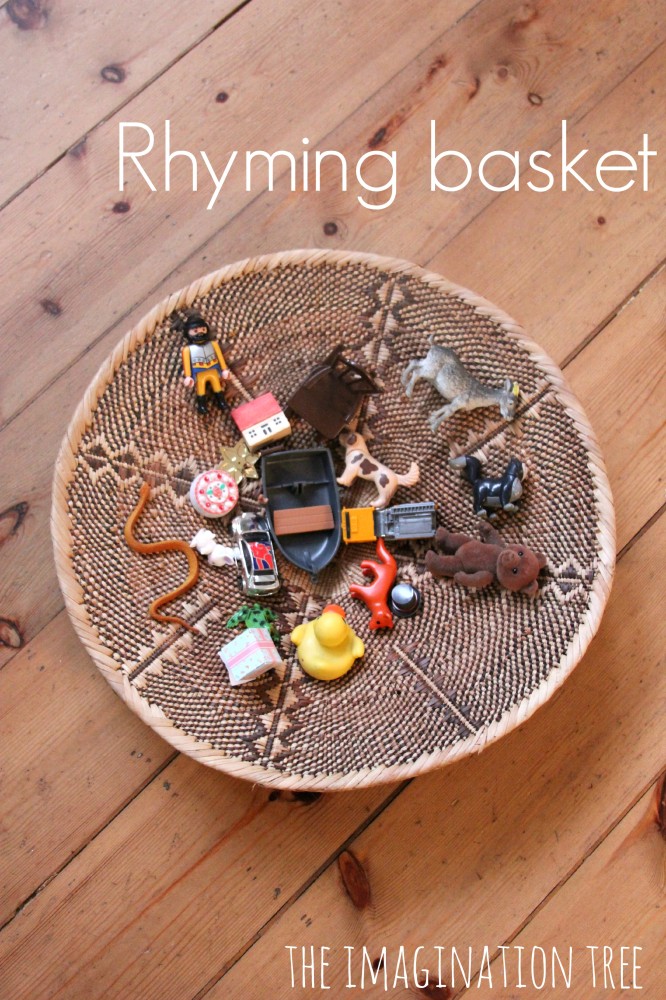 To make learning more concrete and playful, we always like to make the activity using manipulatives and as playful as possible. We all learn best while touching, moving and doing, rather than looking at a worksheet or set of 2D images! 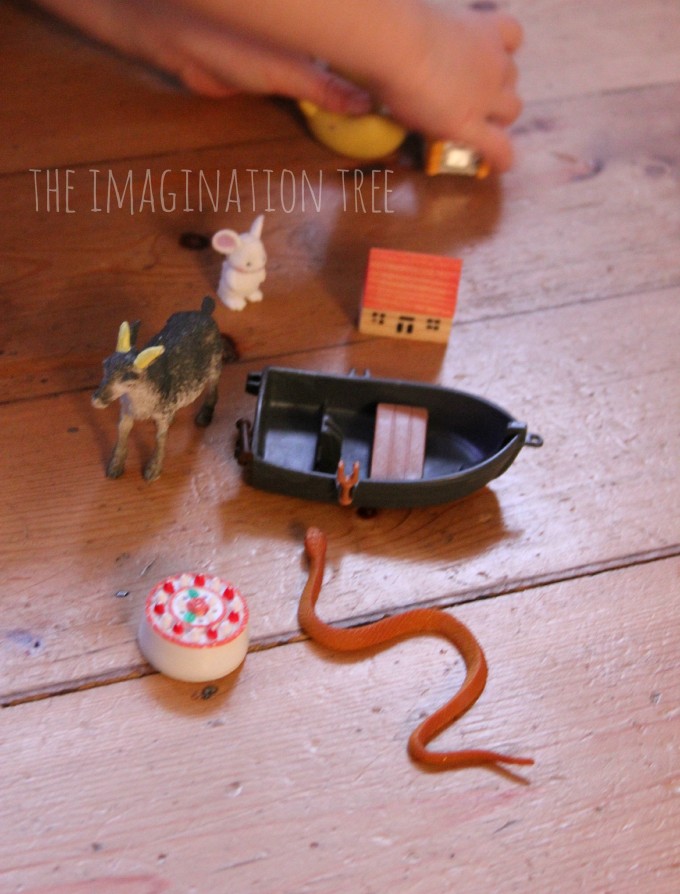 As a next step activity to making the rhyming strings, we had fun playing with real objects that sounded the same but didn’t necessarily all have the same spelling patterns. For example, “bear and chair” which sound the same but are not spelt the same. This was an entirely auditory activity, placing emphasis on listening, discriminating and matching sounds, rather than writing them down or reading them, so it still comes as an early step in the process in understanding about rhyme.

I put together a very simple and easy activity using a large basket and some small toys from various Playmobil, Sylvanian Families and other small sets. I made simple pairs of rhyming objects and then mixed them all up to be found and matched.

In the basket were the following: 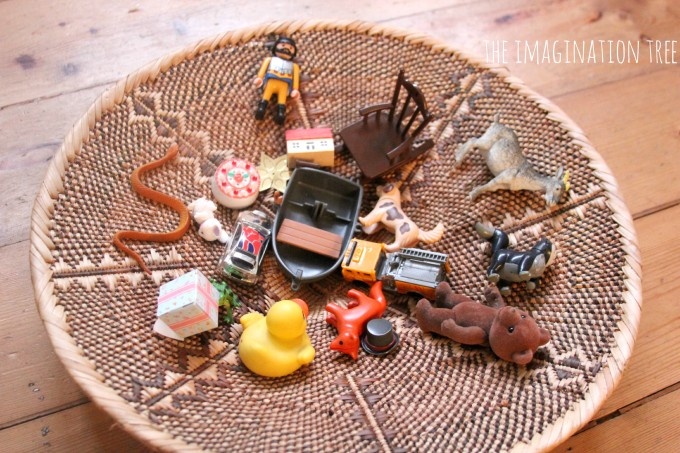 The game was simply to pick one object, say its name out loud, then to look through the basket for another object which rhymed with it. In some cases we needed to name at the objects first  and say them clearly to emphasise the main sounds.

Then they placed the rhyming objects into pairs and we jumped along the line, saying them together again. “A fox and a box, a man and a fan, a dog and a frog!” etc

After this Cakie wanted to add more objects to rhyme with those already in the box and went around the house looking for some to put in. 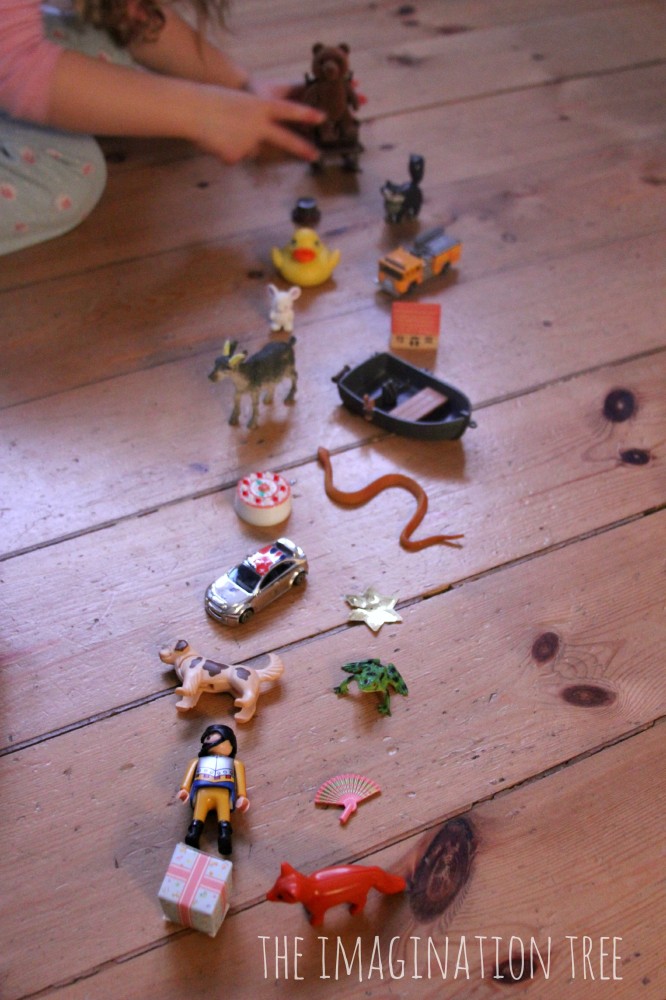 They didn’t find it as easy as I had first thought they might, which means we will play this again until they are more familiar with the idea.

See our many other fun literacy activities in our Playful Literacy archives!