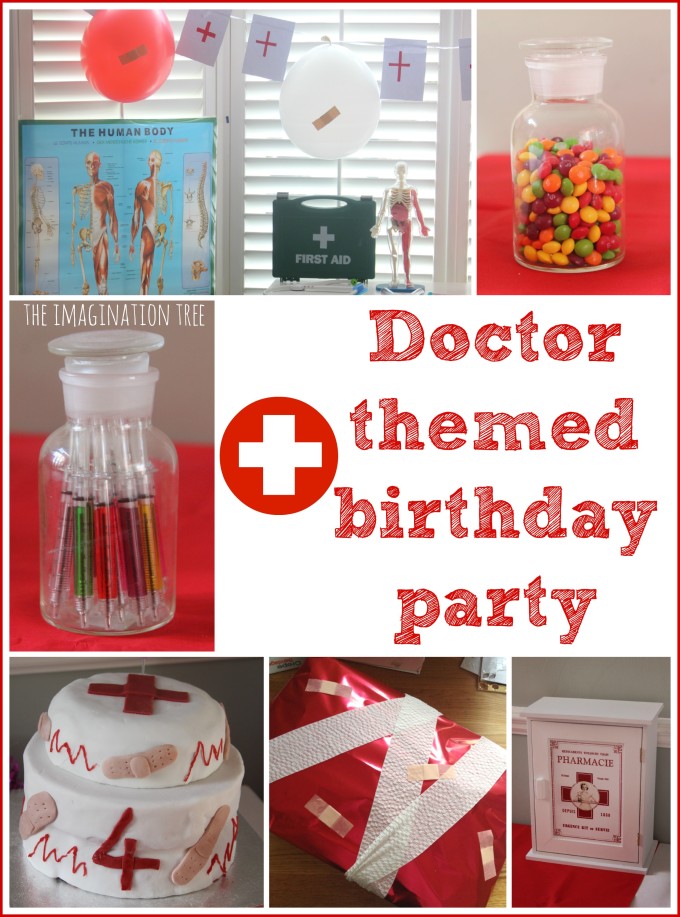 Pop has been obsessed with all things doctor related for well over a year now, and when her birthday party was coming up she was very definite about the theme that she wanted to choose! We had a lot of fun coming up with party games and decoration ideas and the joy on her little face was wonderful. 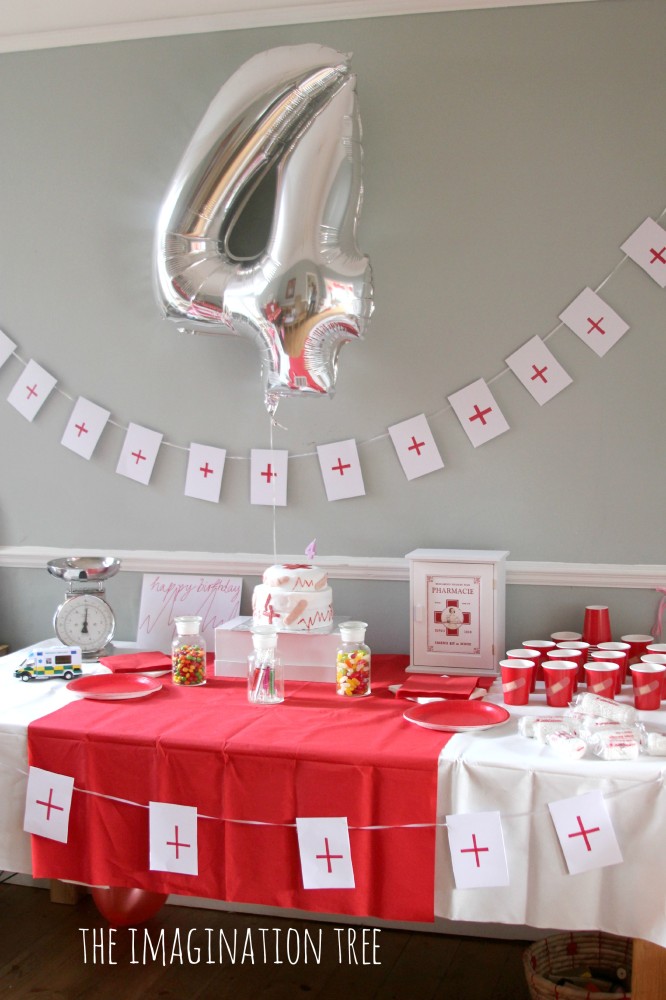 We stuck with a red and white theme to represent the red cross medical symbol. There were red and white balloons, table cloths, going home boxes, plates and cups. The bunting was simply red crosses drawn onto white rectangles of card and strung up around the room. On the red cups we stuck single plasters (bandaids) from a huge box of 100 from the £1 shop. We also added these to some of the balloons too. 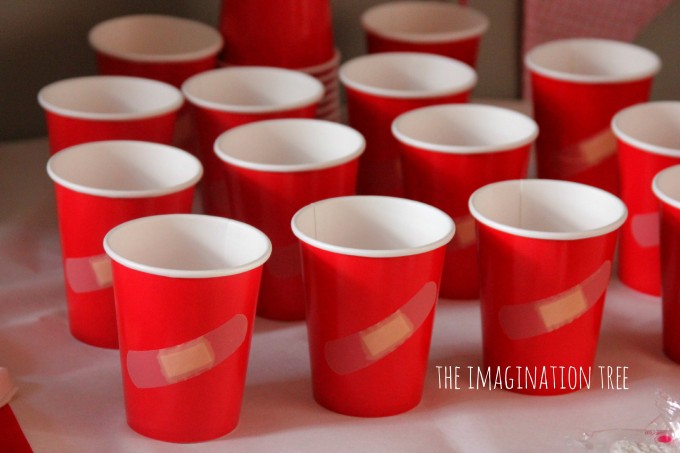 On one side of the room we set up a little doctor’s surgery area with a baby clinic, for the kids to do medical role-play. There was a anatomical poster on the wall, a real first aid kit, a pop-up book of the human body, anatomical body model, old medicine bottles, pretend and real doctor equipment, dolls and a basket full of real bandages and plasters (bandaids). They really loved playing in this area and particularly enjoyed wrapping up every limb with bandages and using up each and every plaster! 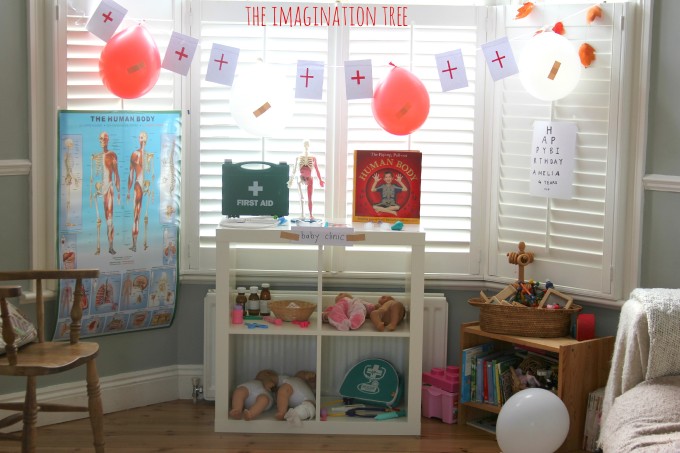 First they played pass-the-parcel, with a bandage wrapped parcel and a curly straw prize between each layer. The prize in the middle was a real stethoscope. 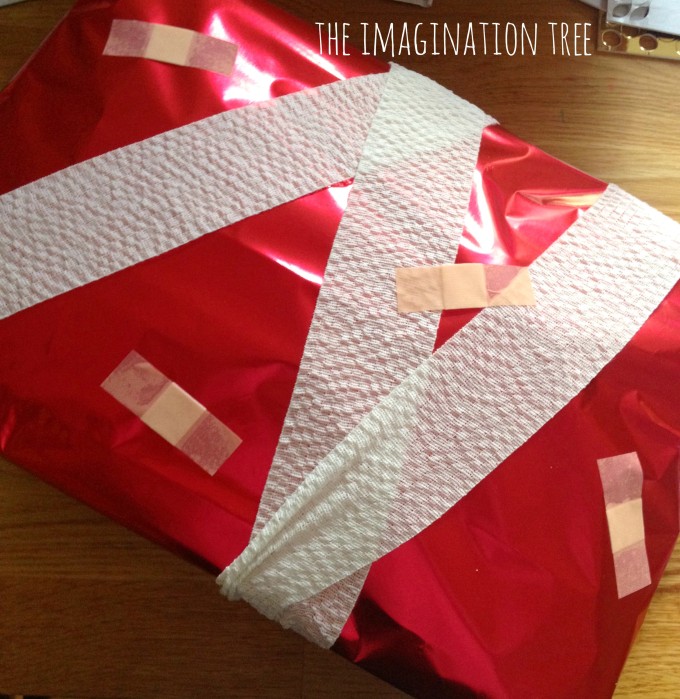 Then they split into two teams for some team games, including “bandage the patient” using toilet rolls. The winning team was the one who had covered most of their patient’s body in the allocated time. This was a real hoot and a fun spin on an old favourite! 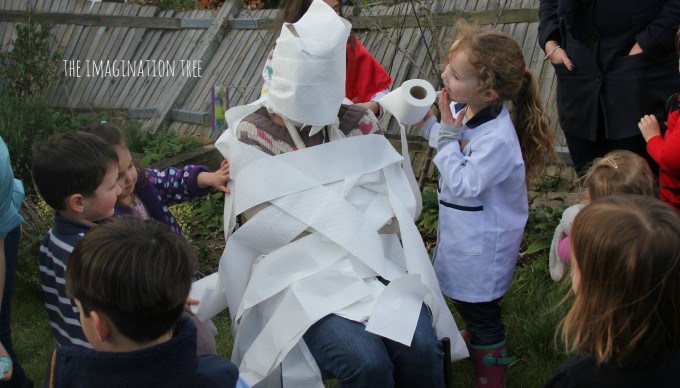 Then they had a large picture of a patient in each team, with injuries all over their bodies. Each one had a number by it and then they were given a pot of plasters (bandaids) with corresponding numbers on. When the game started it was a race for each team to match the right numbers together the fastest. 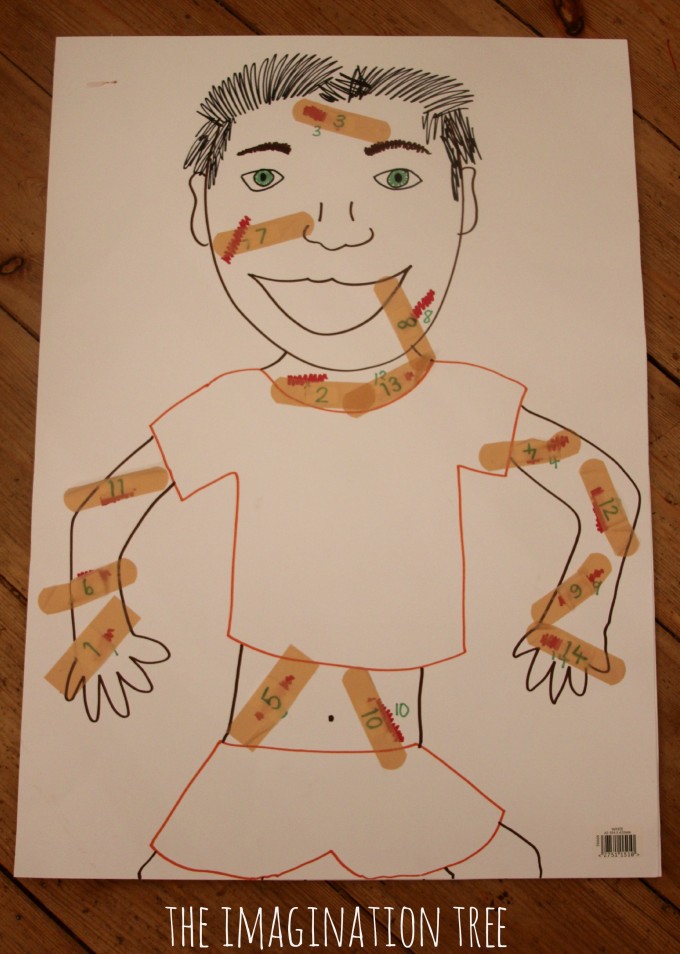 Other games we played that weren’t pictured:

Each child put a bandage around one leg and then we played broken leg hop to music. Just like Musical Statues, when the music stopped they froze, but this time on one leg. Those who wobbled were out!

Pin the plaster on the patient:

Each child put on a blindfold and had a chance to stick a plaster on the patient’s broken heart. The closest placed plaster won a prize.

I made a set of bones from cardboard and cut each one into 2 pieces, with broken edges that matched. Each set was unique in size, shape and matching break. One half of each bone pair was hidden around the garden and the teams had to race to find their matching pieces and mend them back together. This game was great fun and I wish I had a picture to share! 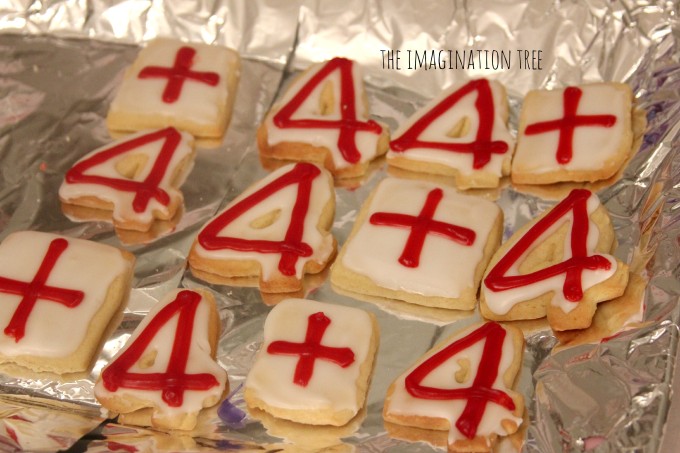 We had all the usual party foods along with some gorgeous iced biscuits made by my lovely fried Katy, with number 4s and red crosses on. The birthday cake was 2 tier and simply iced in white royal icing, decorated with a red cross and some plasters which I made by adding a small amount of red icing to white and rolling into shape. 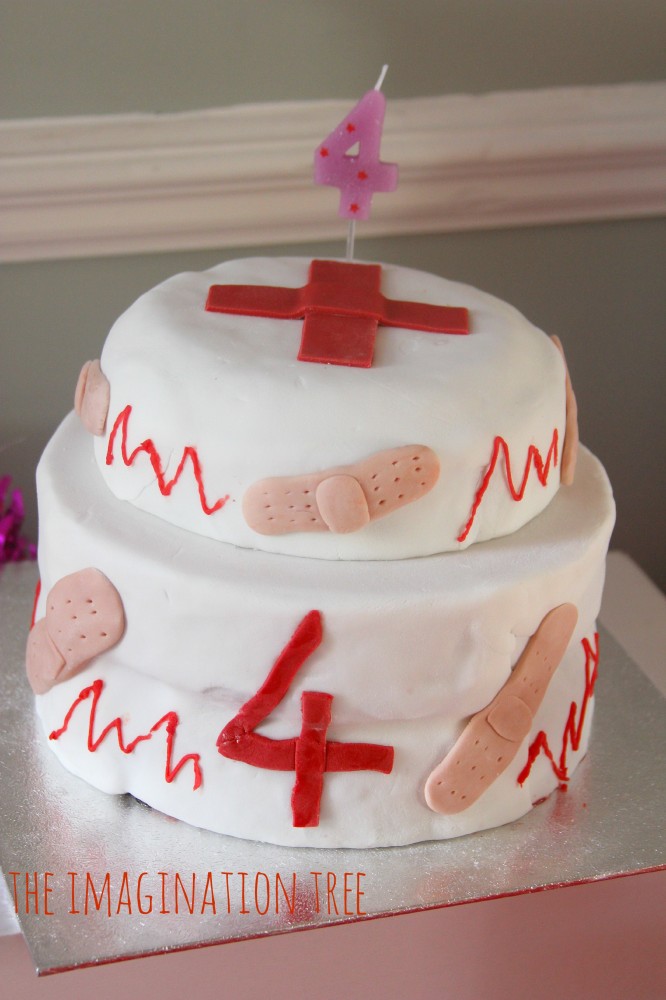 The take home bags were red party boxes stuck with a white circle and red cross. Inside these were syringe pens, mini doctor notebooks with each child’s name on, stickers, sweets, soft balls, jewellery  and a  Kinder surprise egg. 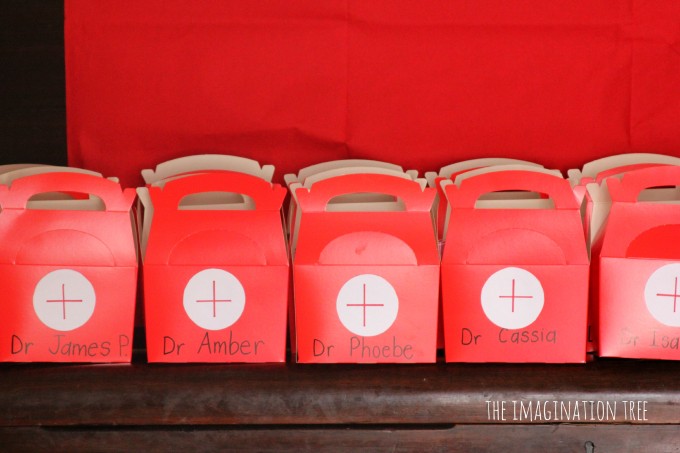 Most of the kids dressed up as a doctor, nurse or patient and there was a lot of in-character play in amongst all the party games and fun. Pop had a wonderful time and is still talking about it as “the best party ever” which she wants to have again next year too! 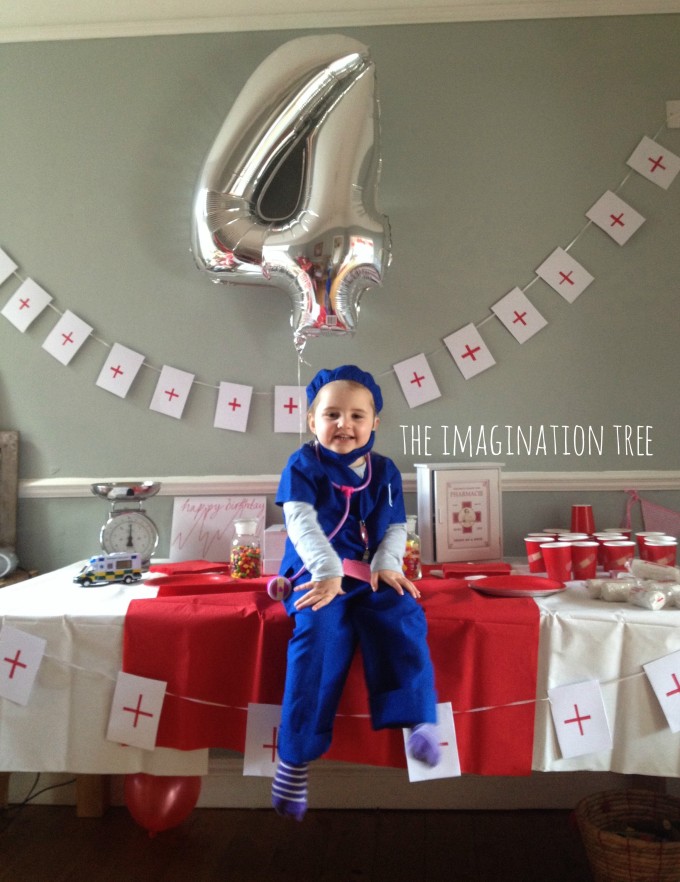 See all our other themed birthday party ideas here!