We have come away with Pampa to Italy for a few days and we are soaking up the last remnants of summer. There is a beautiful quality of light and the air temperature is absolutely perfect.

We are going on lots of walks to watch the local farmers harvesting their crops and driving around in big tractors. 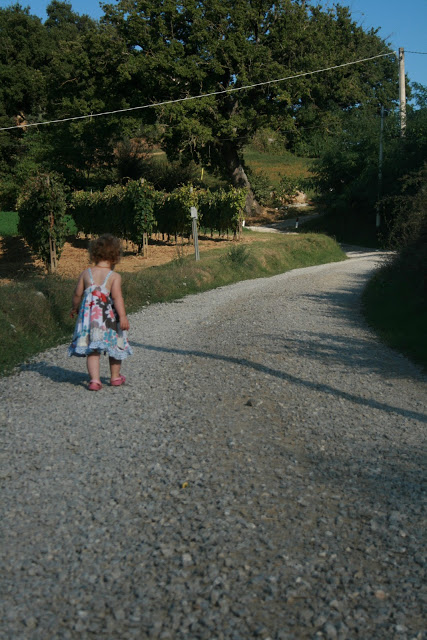 There is lots of exploring to do around the house, sown the lanes and in the fields! 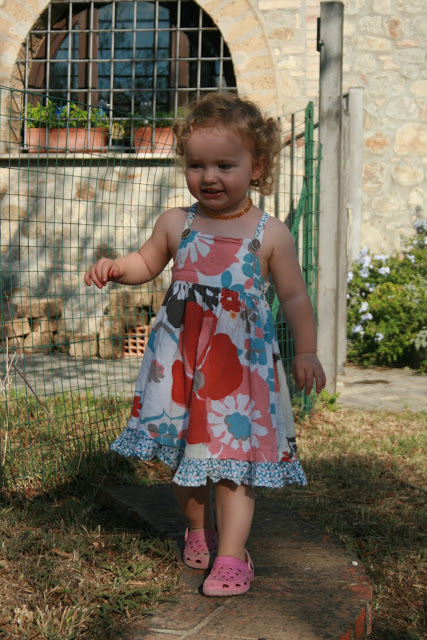 When the weather has been warm enough we have been in the pool and the paddling pool. Cakie has been washing her feet of course. 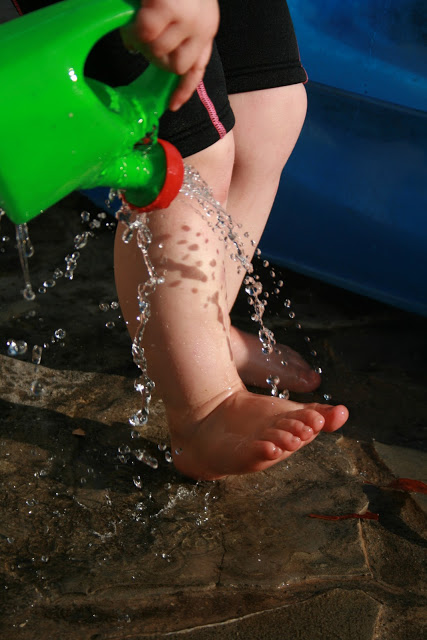 More fun than a barrel of monkeys (as Pampa would say!) 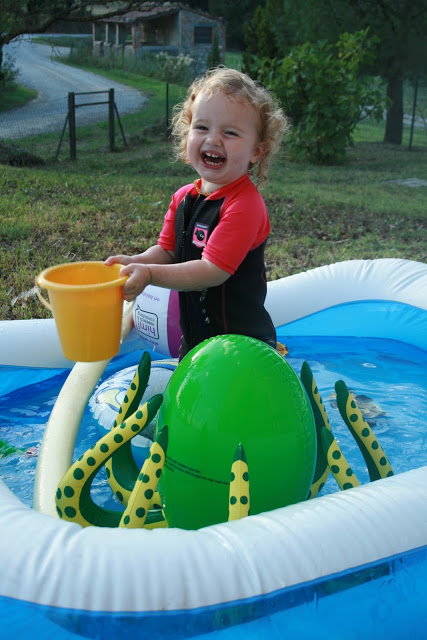 Ah, the simple joys of dead tree branch, some sticks and some pebbles. It’s so fun to be young! 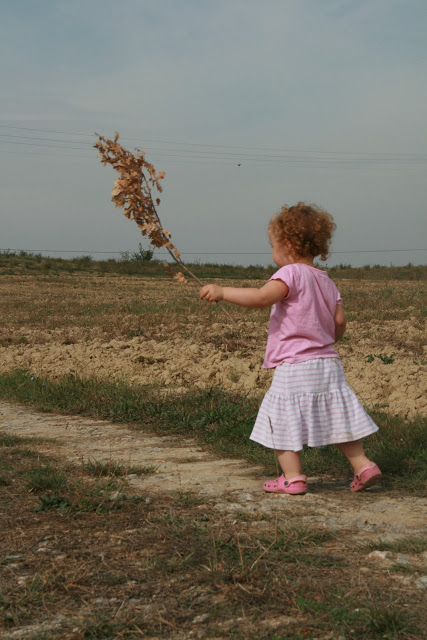 And we have done a little of our own harvesting by collecting red apples from the trees in the garden. 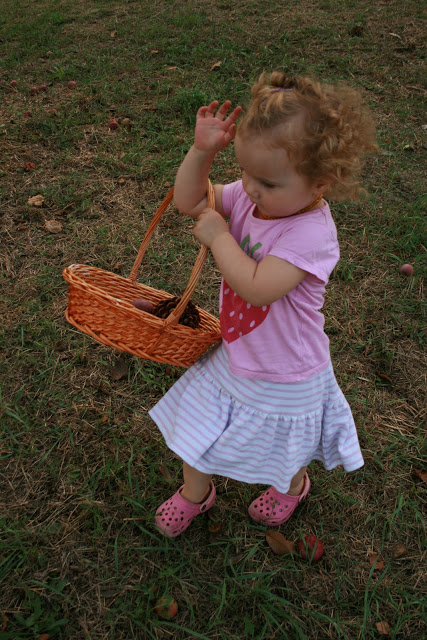 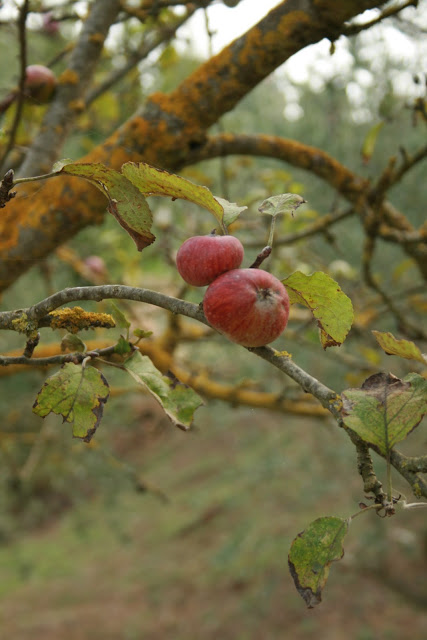 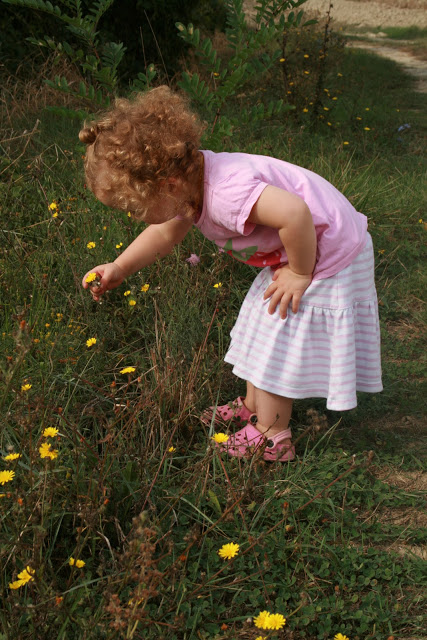 Pine cones were collected into the basket too. 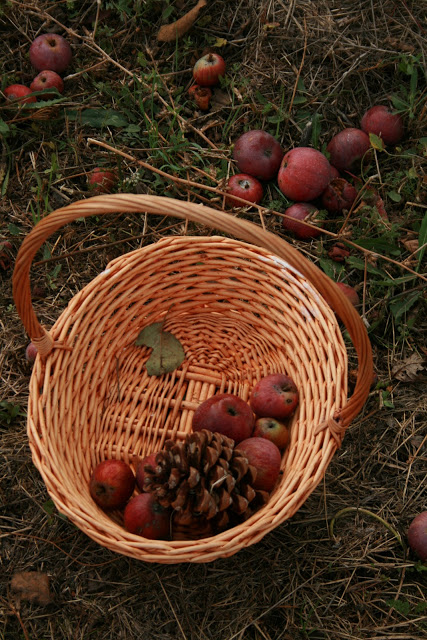 We wandered through the local vineyeard to see if the Contadino left any behind after his harvesting the day before. 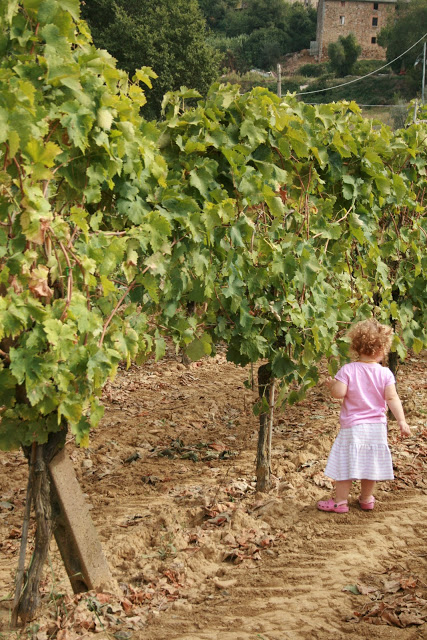 She found a few little bunches on the ground and even one or two still on the vine. They were already starting to wrinkle but some tasted pretty good! 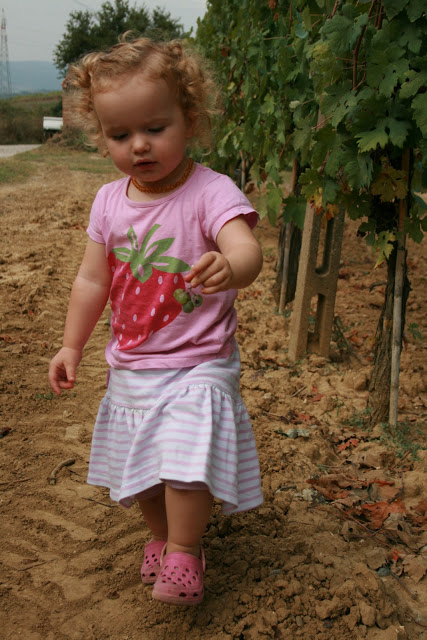 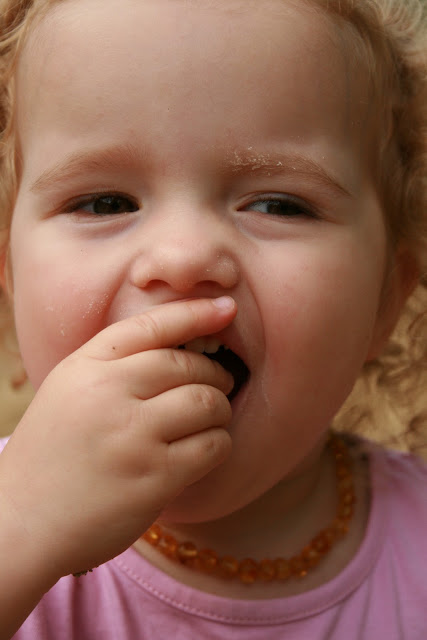 Thankfully the farmer gave uys a beautiful basket full of his grapes to taste and later on Pampa will buy some of the wine that he makes from them this year. 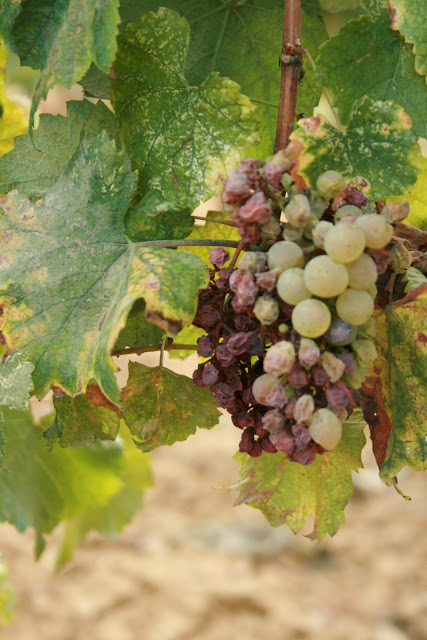 Wonderful memories being made with Pampa. 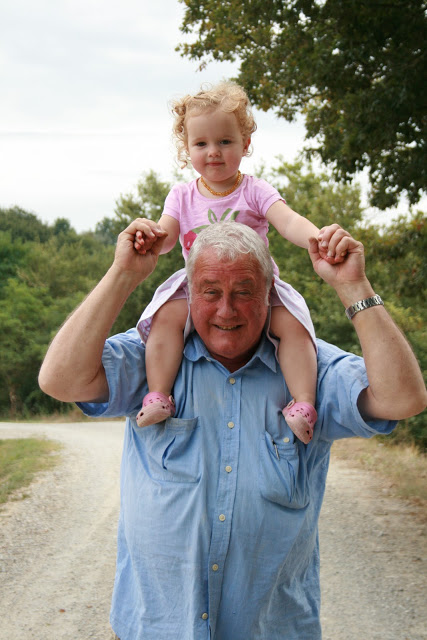 And days filled with celbrating the simple joys of childhood. 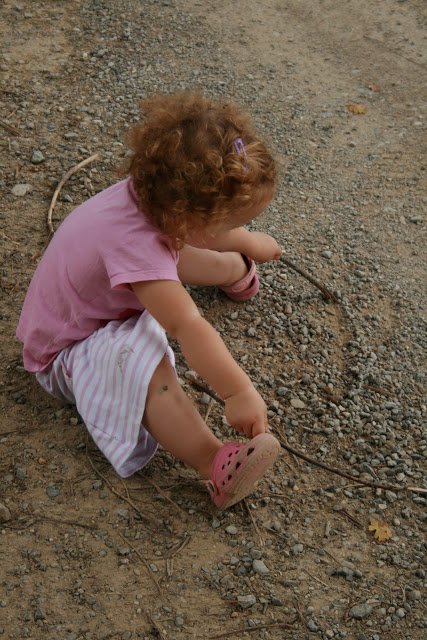