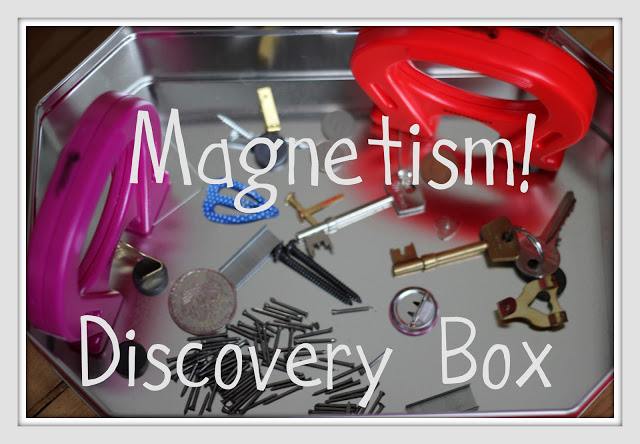 It’s been a long time since we made a Discovery Box! For Christmas the girls received giant magnets in their stockings and it was time to get investigating and experimenting! I filled a metal tin with a range of metallic and non-metallic items, including nails, screws, hair clips, coins, keys and plastic money. 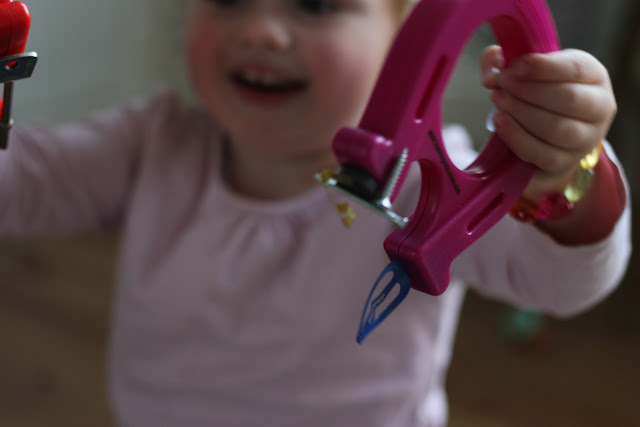 C got stuck right in, marvelling at how the little objects immediately stuck to the bottom of the giant magnets. She spent a lot of time testing out which ones would stick and was perplexed by the fact that some wouldn’t. We talked about what materials they were made of and she soon picked up that only the metal items worked. 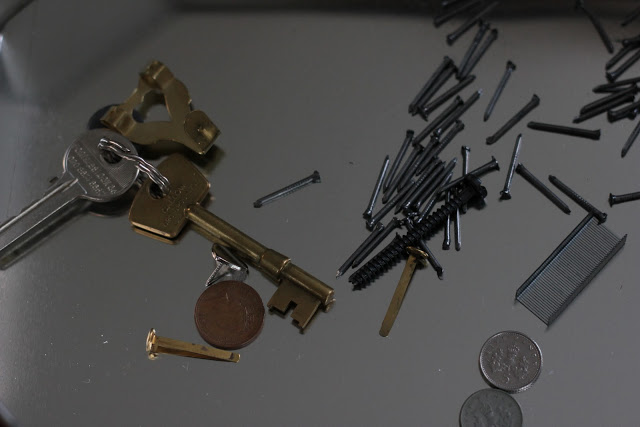 I had some small, powerful craft magnets in the tin and they were fantastic and creating a dramatic result! She held them flat in the palm of her hand, lowered the giant magnet and watched them literally jump up to catch it! This was a real moment of “awe and wonder” (to quote an Early Years government target!) and was repeated many, many times. 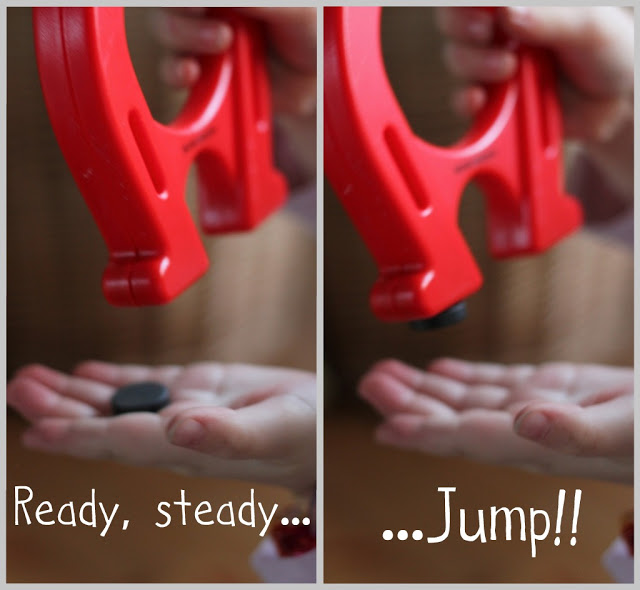 It was great fun to see how items would dangle off the bottom and soon she found that the smaller, lighter things could hold onto each other, sharing and transferring magnetism from the original source. 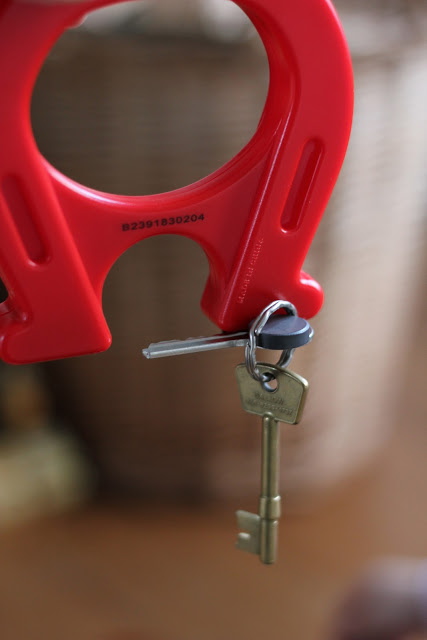 This piece of metal picked up a magnetic force from the original magnet and was able to suspend all these items below it! There were a lot of “wows!” and “”oooos!” 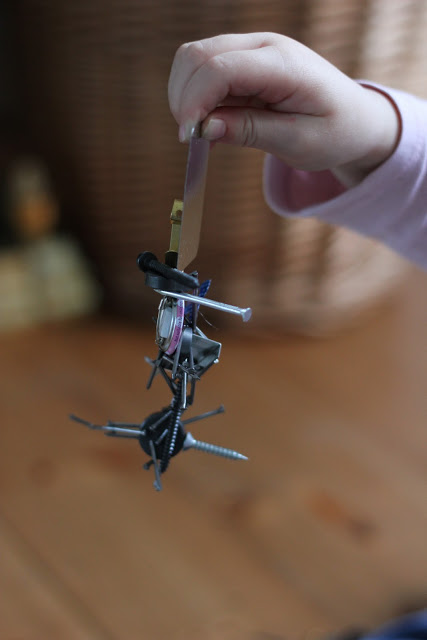 As she picked up the small nails they naturally formed a magnetic chain and this totally fascinated her. 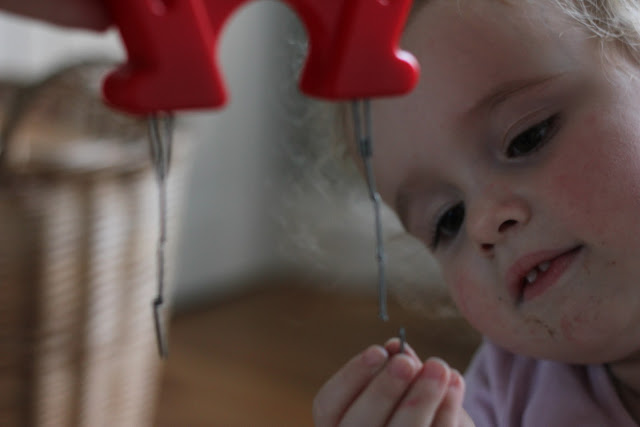 She experimented with adding more nails, one by one to the bottom of the chain to see if they would “stick”, which they did until they got too heavy! This process was repeated for a long time and with a huge amount of concentration, determination and satisfaction. 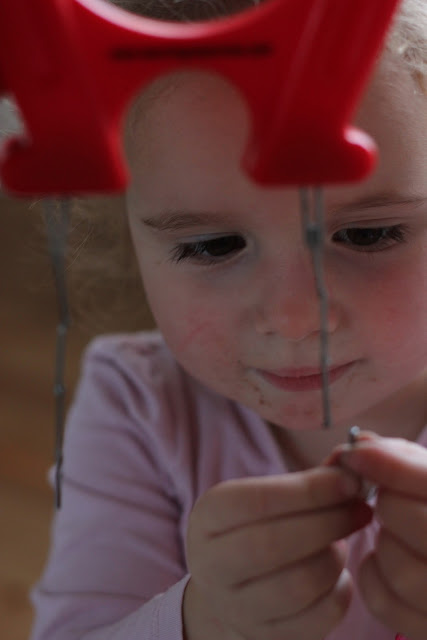 “Wow Mummy, that magnet is Magic!” 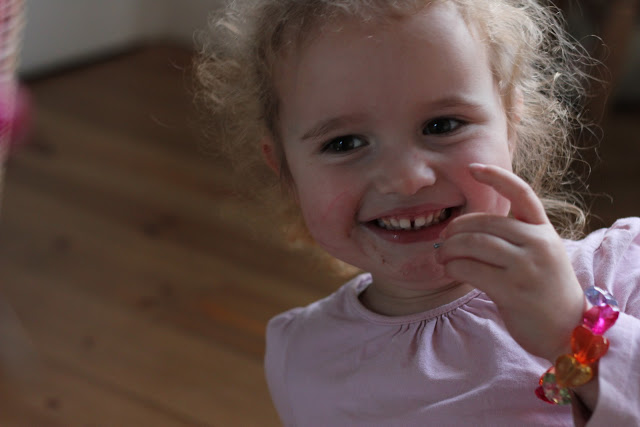 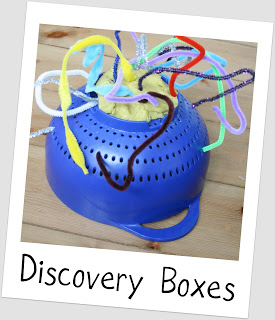