Make a gorgeous yarn wrapped sheep craft to celebrate the Chinese year of the Sheep or as a lovely Spring activity for kids! 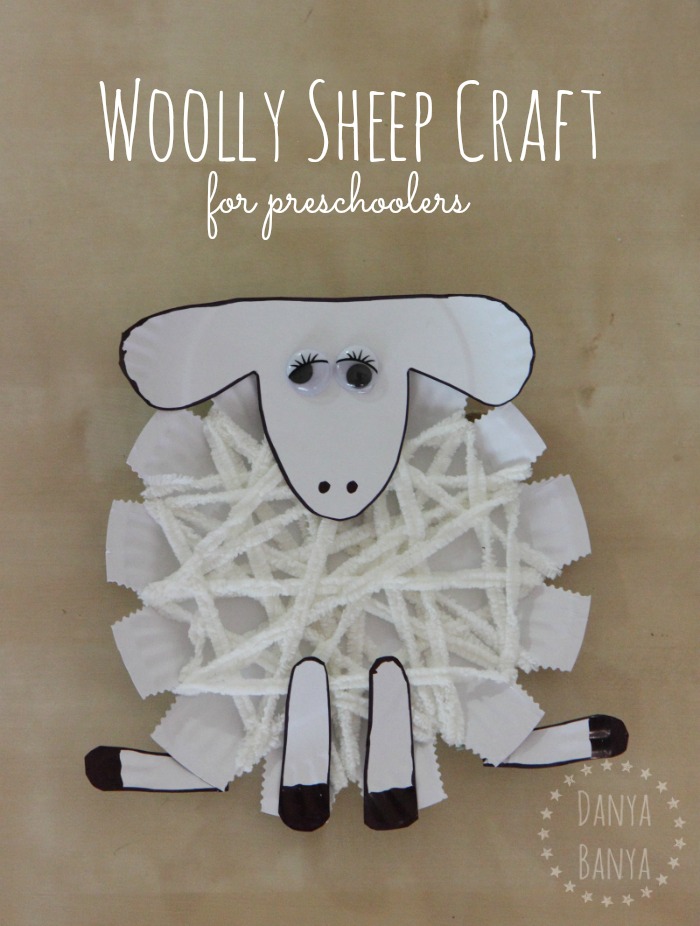 While I am busy enjoying my precious, new baby, there will be a series of wonderful guest posts from talented blog friends from around the World. Here is Danya Banya from Australia!

Hi, I’m Danya, from Danya Banya. I hope you don’t mind if I share a fun sheep and lamb craft with you today while Anna is busy with sleepless nights and squishy newborn cuddles.

My daughters (JJ & Bee) have been learning Mandarin for about a year now, and so everything to do with China is fascinating to them. We made these ‘Woolly Sheep’ in anticipation of the upcoming Chinese New Year: the Year of the Sheep.

Cut notches from the rim of a paper plate, tie wool yarn around the plate, and wrap the yarn every which way around the plate and through the various notches. (Actually my 4.5 year old daughter JJ did most of the wrapping.) Once the sheep has sufficient fleece, cut and tie off the end of the piece of wool. 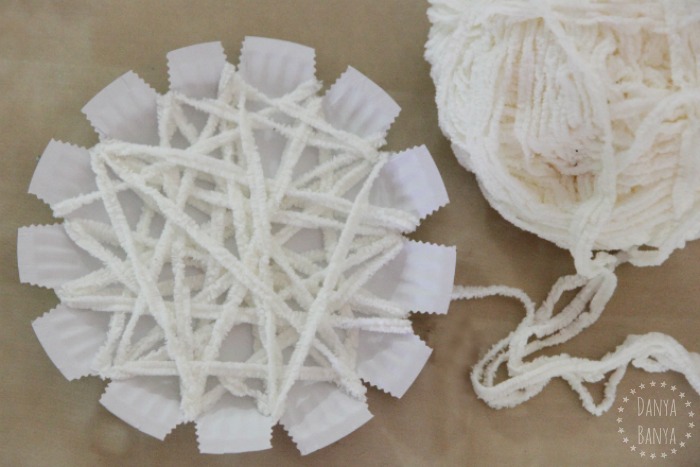 Then, from another paper plate (or other card), cut out the face and leg shapes. Trace around the edges with black marker and draw on hoof and nostril details. Using a low temperature hot glue gun (because I don’t like to use my ‘real’ hot glue gun when the kids are involved), glue on the googly eyes to the head, and then glue the head and hooves to the body. 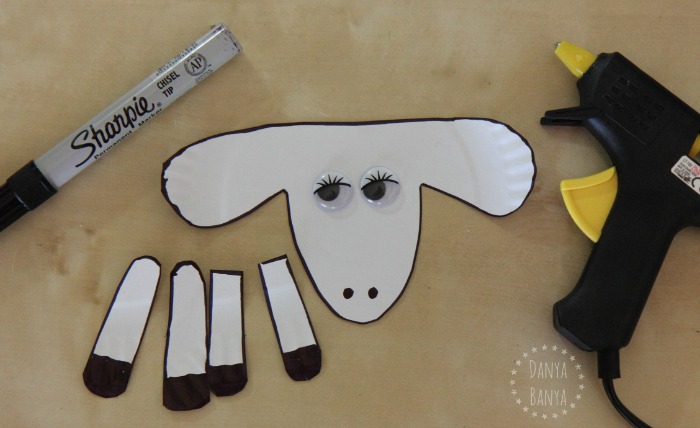 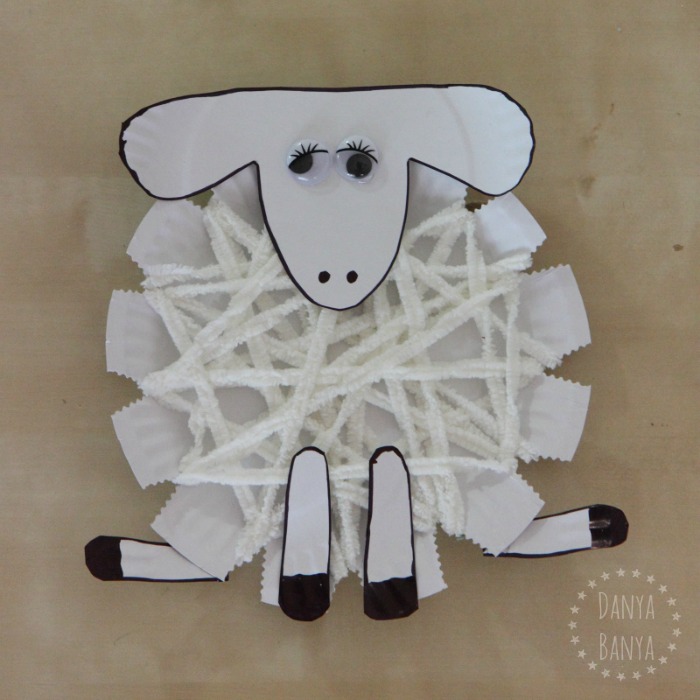 We made three woolly sheep in total – one ‘Mummy’ ewe, one ‘big sister’ sheep, and a baby lamb. We made the big sister one first. JJ did the yarn wrapping and designed the facial and feet details. I (mostly) did the ewe second, with JJ just helping to wrap the yarn. 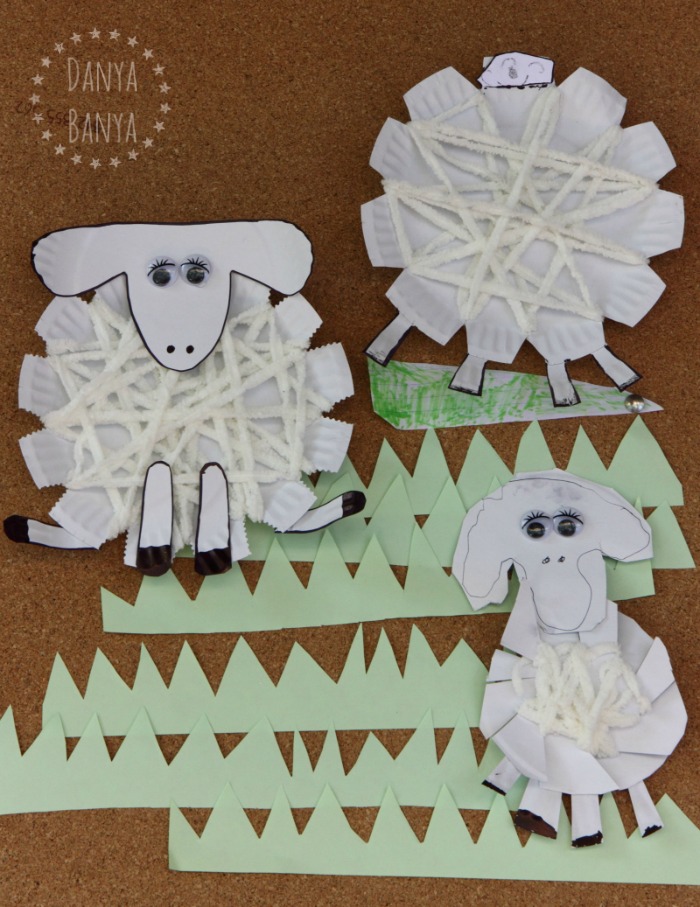 Once the ewe was finished, JJ decided she wanted to make the baby lamb, all by herself. When I next looked up, she was already on it! She had grabbed another paper plate, cut out a smaller circle, and was already cutting her own notches. She yarn wrapped, and then cut out, drew and stuck on all the other details as well. (The only things I did were tie the knots in the yarn, draw a rough face outline as a guide for her to cut, and assist with the glue gun.) 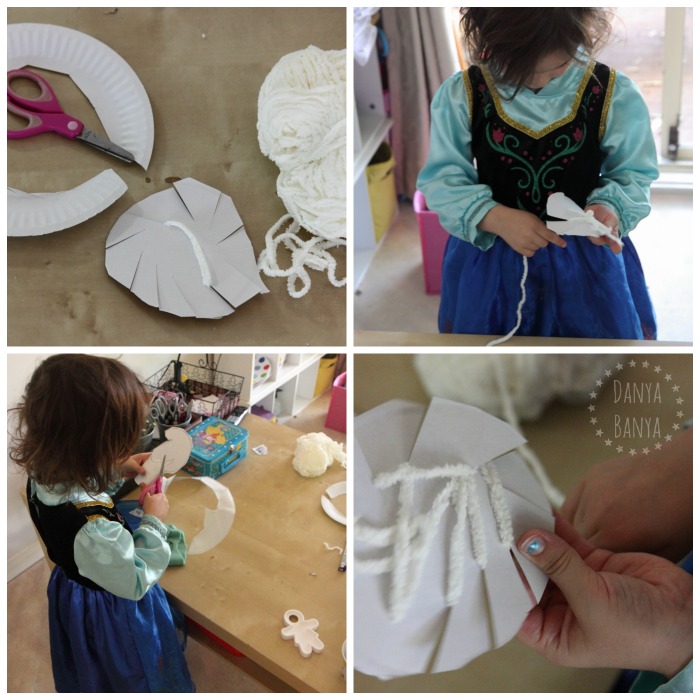 JJ worked on this with a determination that I’ve rarely seen in crafting pursuits before. She really took ownership of her lamb, and wanted to create it with as little help as possible. And I think she did a great job! 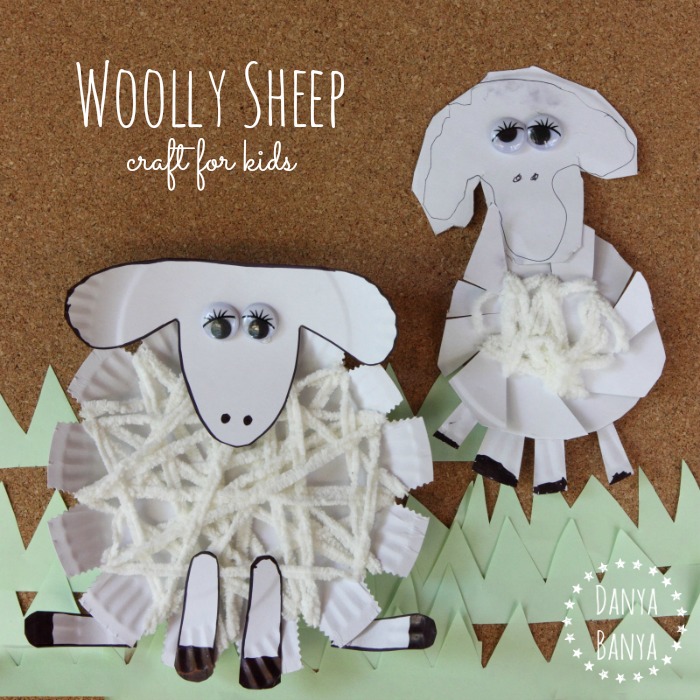 And for Chinese New Year on 19th February, may I wish you Gong Xi Fa Cai!