Play with colourful pom poms in the sensory table and sort them by colour into coloured egg cartons! Fine motor control, colour recognition and early sorting skills for toddlers and preschoolers in this fun colour sorting activity! 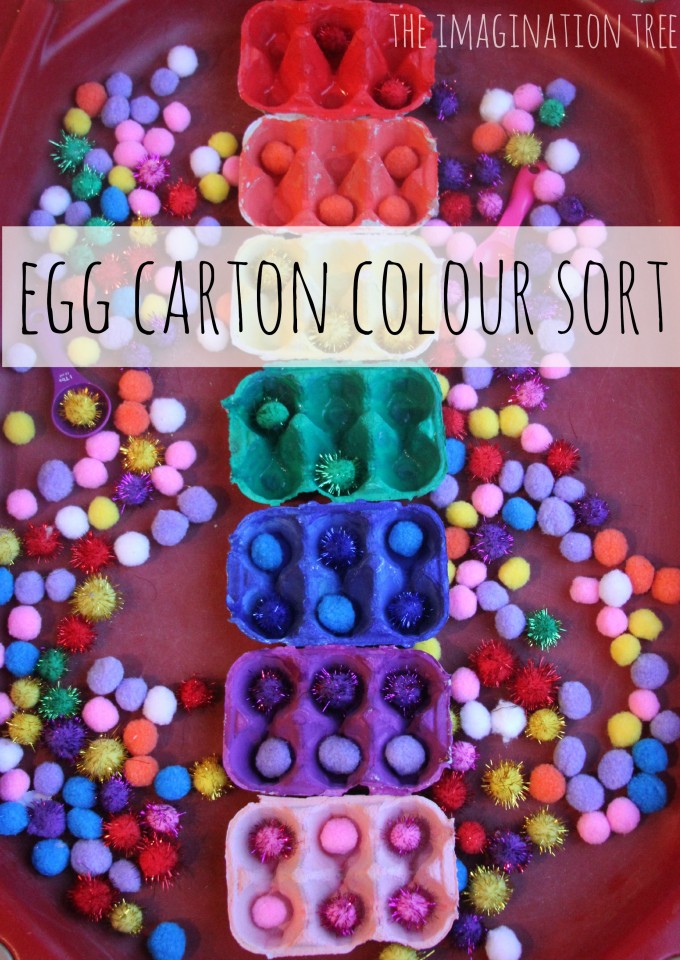 Here’s the next simple play activity in our Toddler Play series, aimed manly at the 18 month to 3 year old age group, but perfectly enjoyable behind that stage too, of course!. [Click the image to see all previous ideas in this series.] 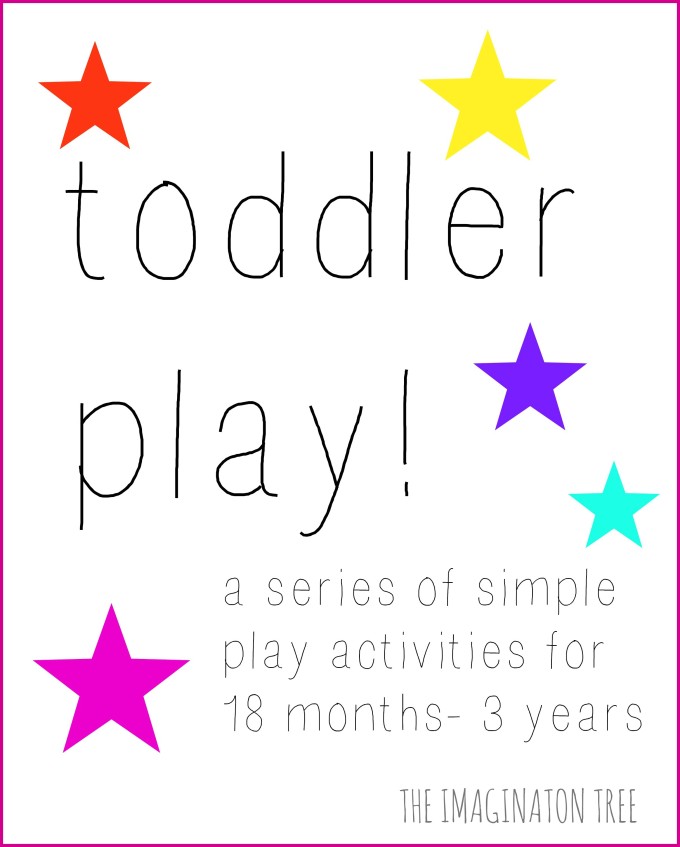 For this activity we used 7 egg cartons and painted them in colours of the rainbow. Once they were fully dried they were placed in the sensory table along with a huge collection of colourful pom poms, some sparkly and others plain. 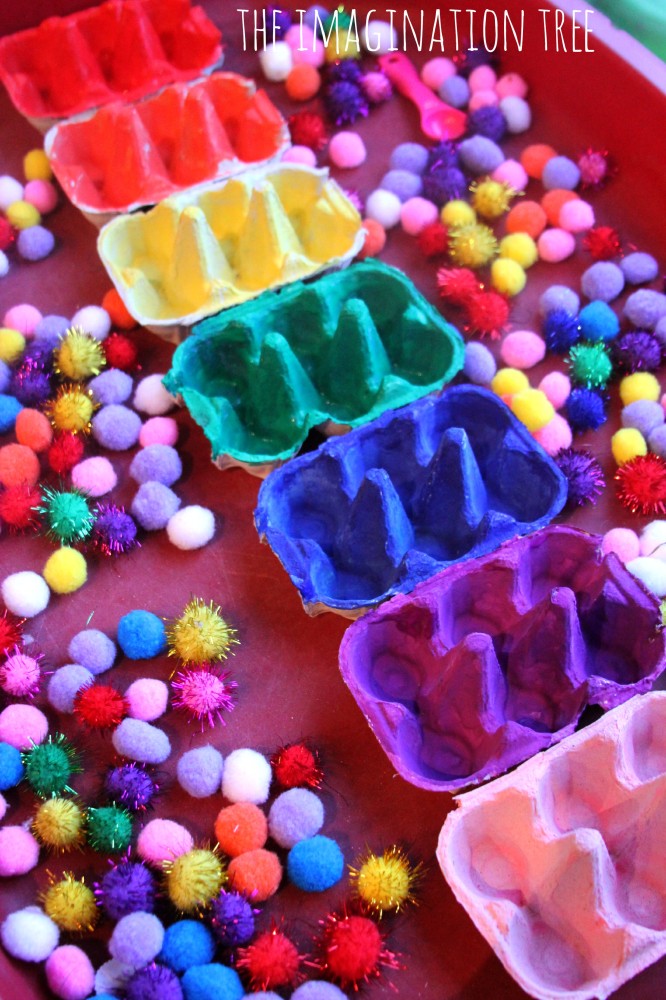 Two scoopers went into the mix too, but you could also use tongs, pincers or wooden pegs according to the level of fine motor challenge you wish you introduce. 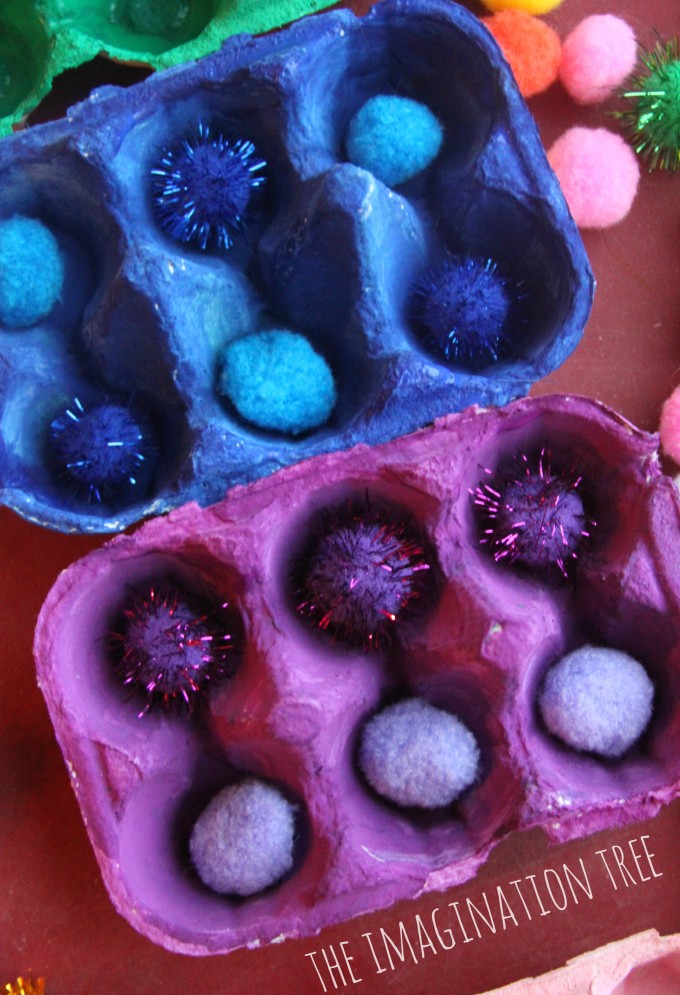 Then it was simply left out as an Invitation to Play and play they did!

I was interested to see that Bean could match them all by their colours to the corresponding egg cartons. She liked the sparkly ones the best and was frustrated that there weren’t enough blue ones to fill the box, so she had to supplement with the plain blue variety. She used both her hands and the scoopers and also loved throwing them around and launching herself into the tray head-first with sheer joy! 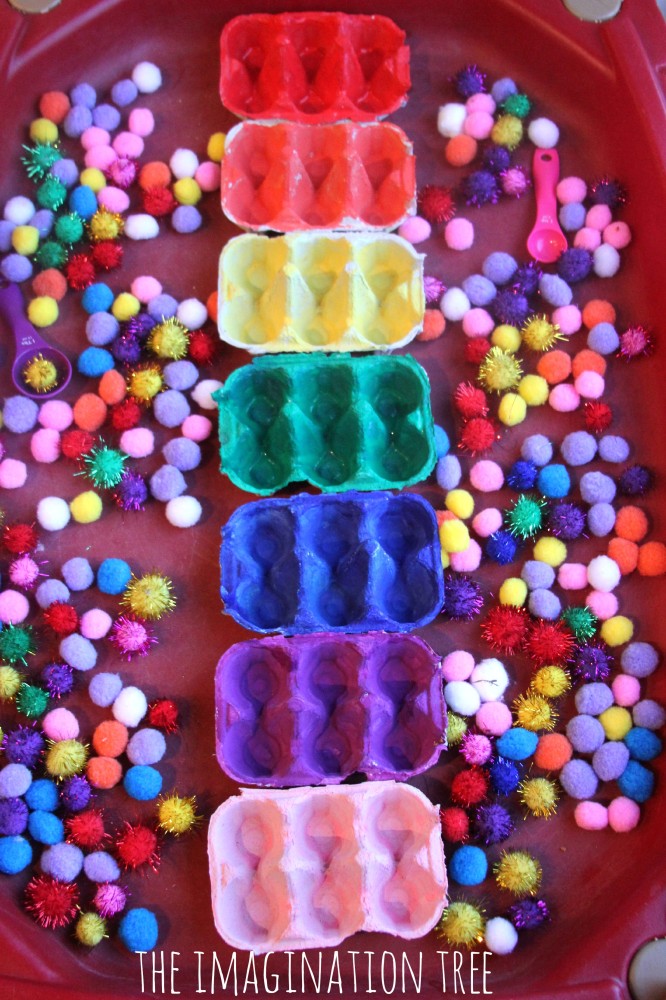 Big sister took the egg cartons and filled them up with the matching pom pom colours, pretending they were “sweets” and delivered them to us on a travelling bus around the house. They served up blueberry, strawberry, banana, orange and kiwi flavours and they were delicious! 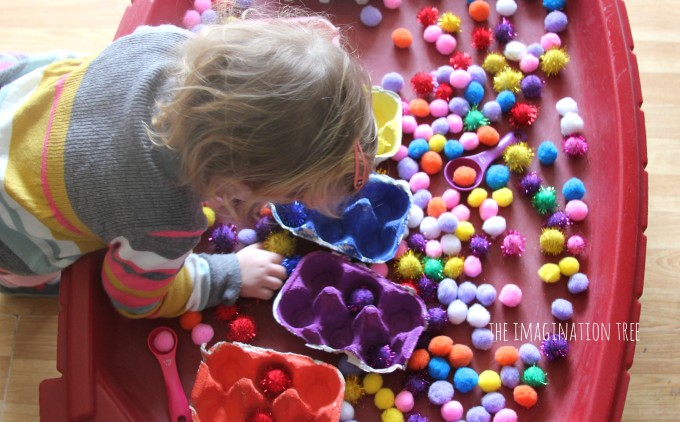 creativity: imaginative play, using one object to represent another in role-play 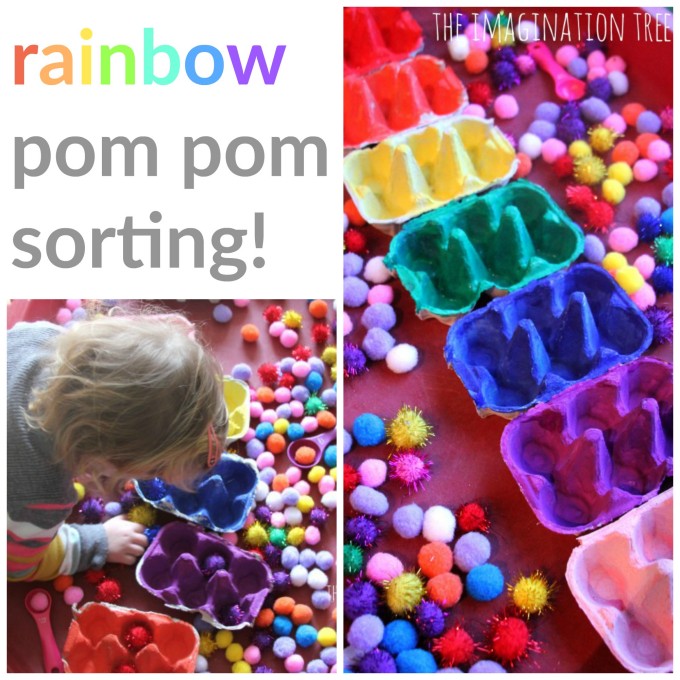 See some other activities for learning colours here 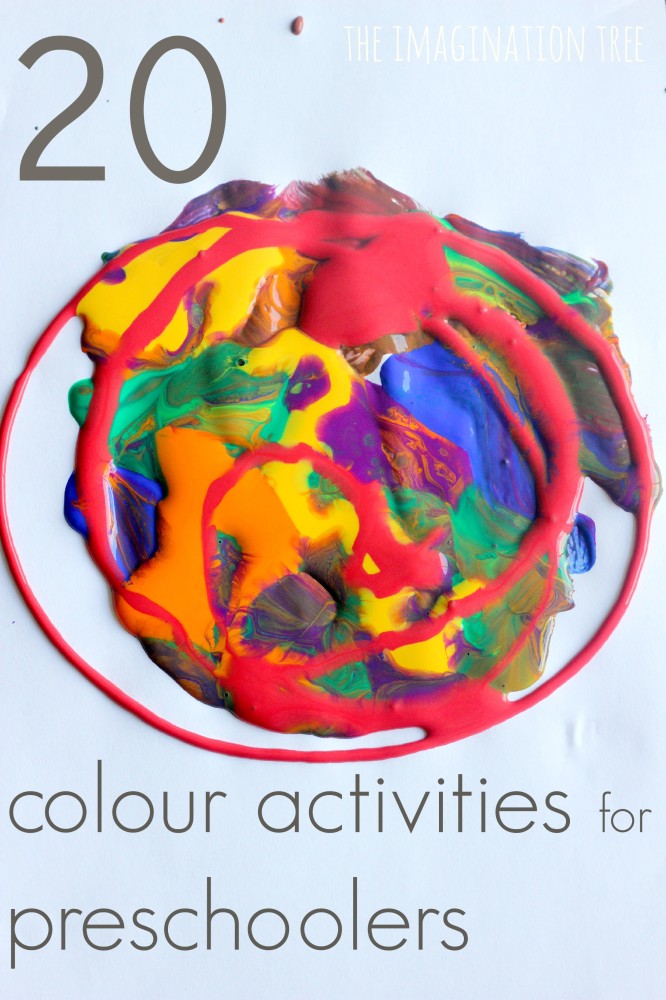