Make some gloriously glittery snow dough for some wondrous sensory play this winter! 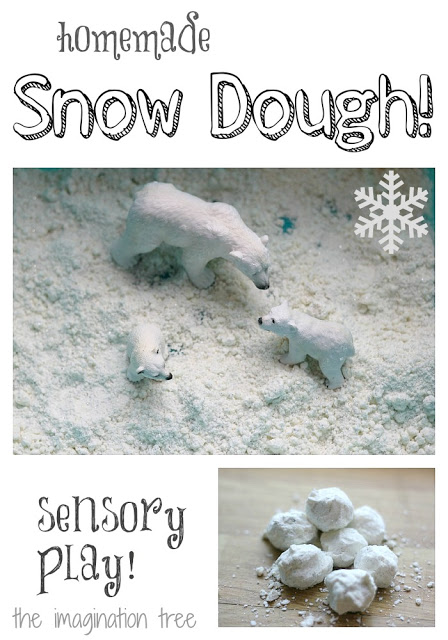 Do you love cloud dough already? Me too! It’s so soft and silky and yet can be moulded loosely into shapes. Best of all, it can be made form just 2 ingredients! So now that it’s winter time I wanted to have a go at making some SNOW dough instead, based on the same simple recipe. And it’s SO easy, bright white and even crunches between your fingers like snow! We experimented and it worked!

[You can also use baby oil, which makes it smell and feel even nicer, but do NOT use with under 3s or any child who may put it in their mouth as it is dangerous if ingested. We stick to vegetable oil just incase!]

This recipe does not create a huge amount of snow dough,  just enough to cover the base of a washing up bowl by about 2 inches. If you want more for a larger scale sensory tub, then increase the quantities accordingly. 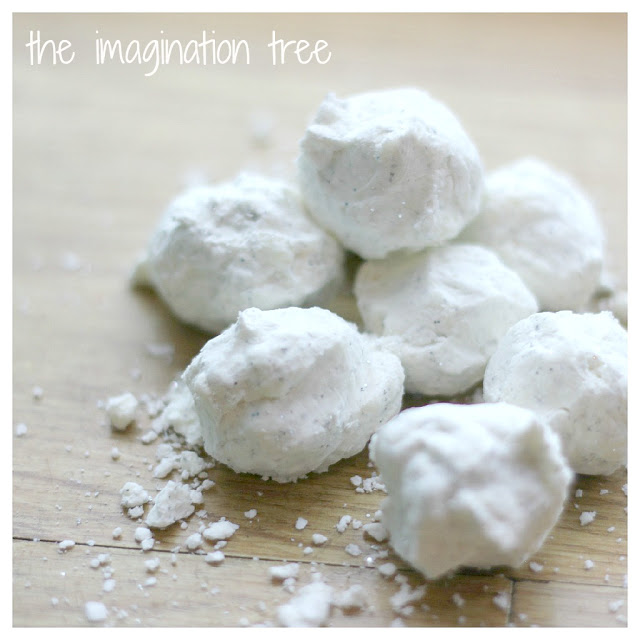 The girls made this nearly independently as it is so easy to do. Just mix the ingredients together with a spoon until combined, then use fingers to rub the oil right into the flour until its completely integrated. It should feel smooth, slightly damp and will take a form if moulded.
They added their toy polar bears and some large chalk rocks and used their imaginations to create a fantastic Arctic small world scene. We had a go at forming some snow balls in our hands and the dough took the shape well. We piled them up then they threw them at the bears for a game of snow ball fights! 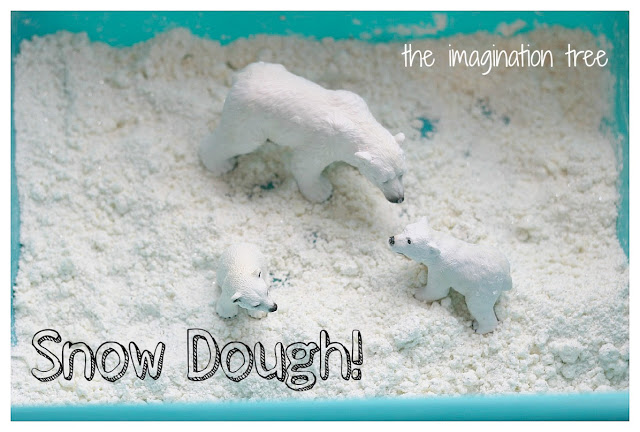 Tip: This can get messy if played indoors, so use a large drop cloth or old table cloth under the tub to make cleaning up easier!