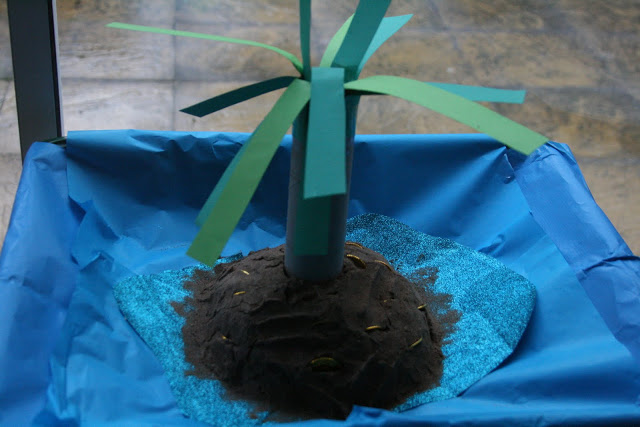 We made a really fun and simple small world play scene to go along with our pirate theme- a treasure island made from sand! I lined our garden tray with various scraps of blue wrapping paper to represent the sea, then formed a little mound from slightly damp sand to create an island in the middle. 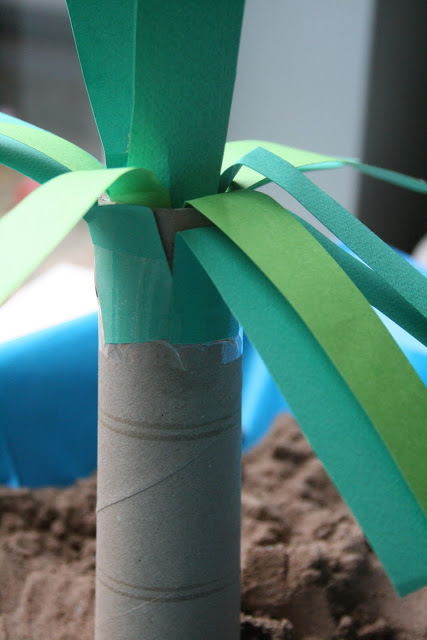 I cut some strips of green card and taped them around the edge of a cardboard tube to make a quick and easy palm tree, and stuck it into the sand to stand up. 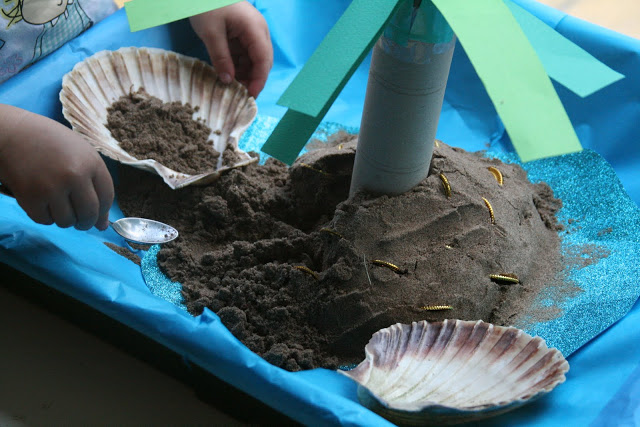 Then I half buried lots of pirate gold coins and other bits and pieces from the treasure chest we made the other day and Cakie set to it with a little spoon, digging for treasure like a pirate! She added the shells herself and used them as a place to collect her bounty. 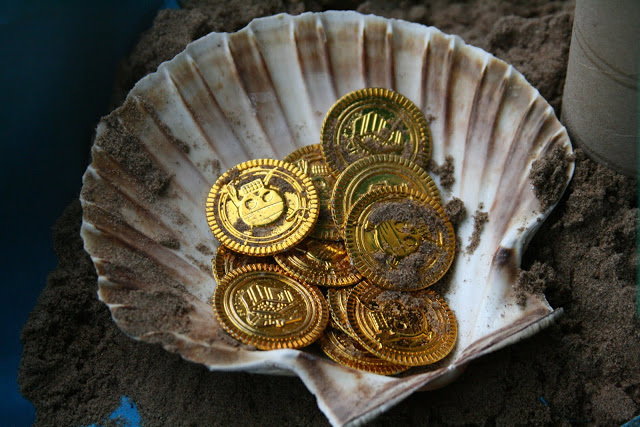 She gathered a few willing Playmobil and Duplo friends and brought them along to the island for some pirate play, where they dug for gold, swam in the sea, buried themselves in the sand and used a shell for a boat (since they were all out of pirate ships!) 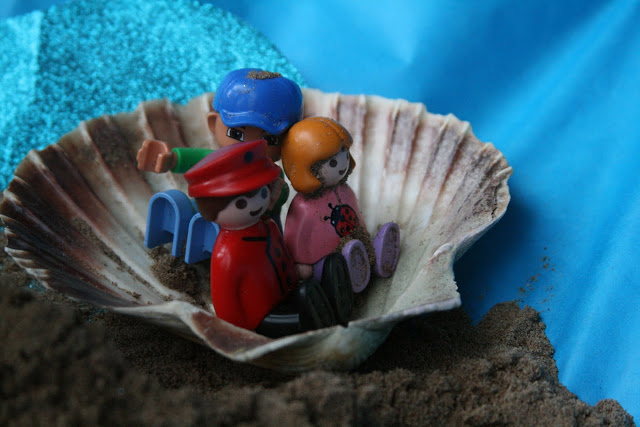 The neatly formed island soon became a tray full of playful sandy exploration. What was I expecting really?! She talked to the little people about pirates and narrated very simple story outlines, explaining what they were doing at each point in her play. 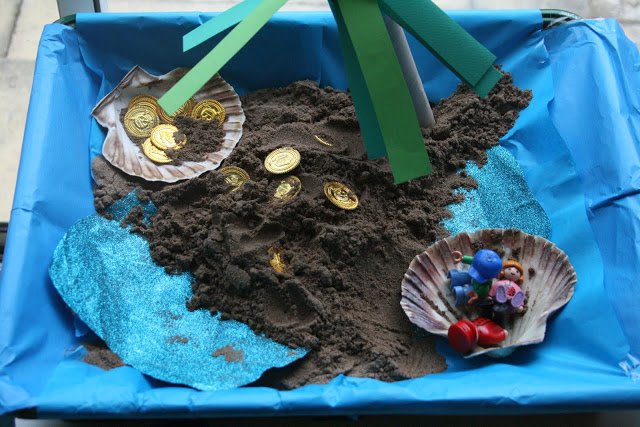 And for a little treasure hunt game I added a laminated drawing of some of the things that were hidden for her to find and count out. She LOVED this and turned it into a version of hide-and-seek where she closed her eyes as I hid the items and then had to find them, then vice versa. This would be a great addition to a sand table/ box in a nursery, preschool or Reception class setting, along with lists of things to dig for and maybe whiteboard markers to cross them off when found. 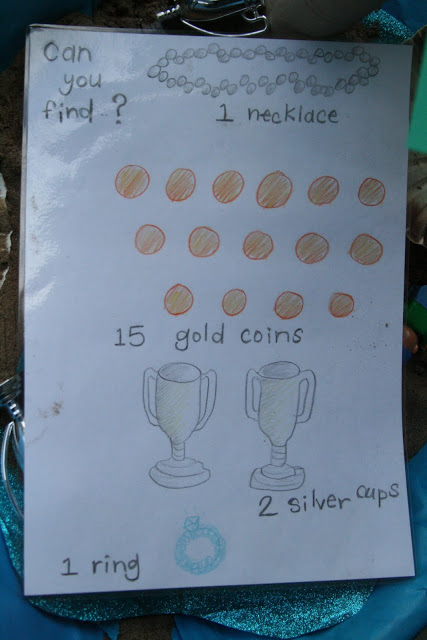 This activity is good for: