This week we made a little small world play scene using some play figures, trees, a slide and some wooden blocks. It quickly became the park, according to Cakie, and to make it more fun and tactile I sprayed some shaving foam over it to become a snowy day! I folded a piece of tin foil and put it at the bottom of the tray to become an icy pond for the little people to go skating on. 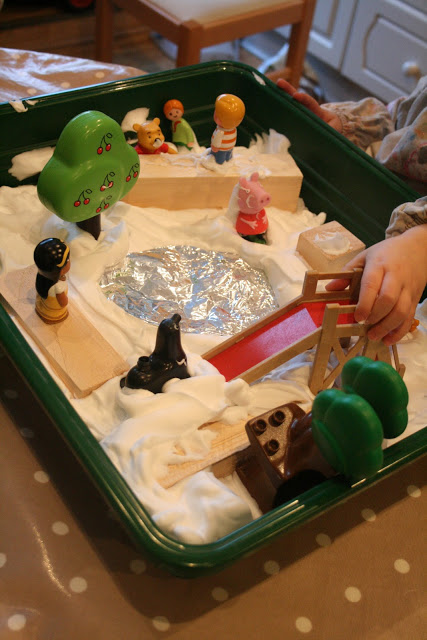 Cakie thought this was just wonderful and spent a lot of time pushing the people into the snow from the blocks and whooshing them into snow drifts down the slide! 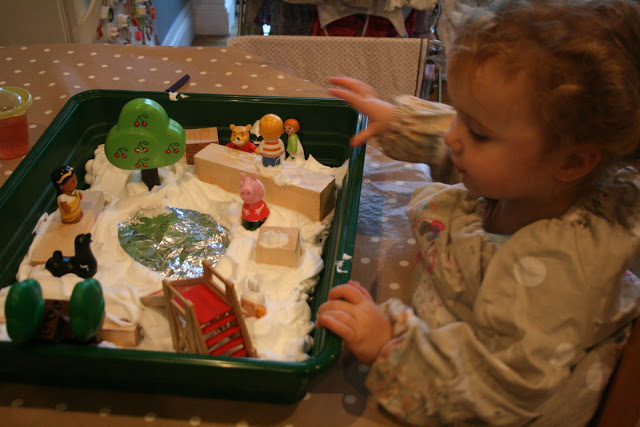 Winnie the Pooh made it into the park too and was buried in snow at one point, which caused much hilarity. 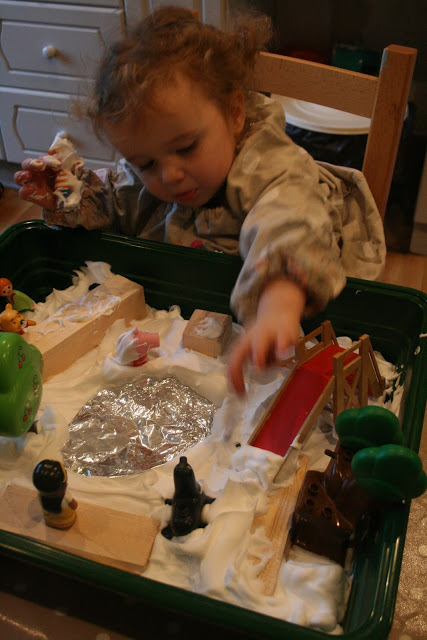 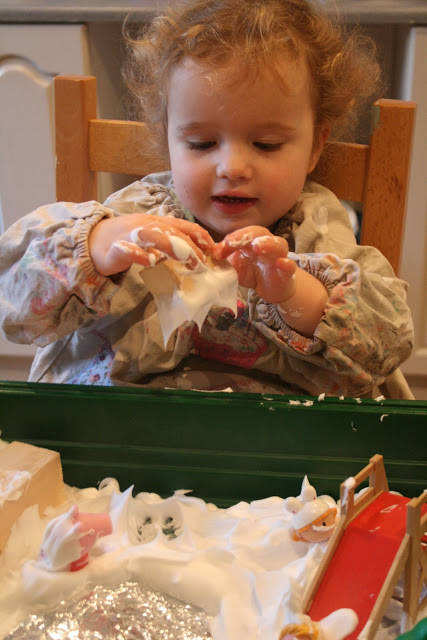 She played with this small world scene for longer than the construction site last week, probably because of the messy play element and also because we had all that snow before Christmas and so that was fresh in her mind. She did seem to believe it was real snow, which was quite amusing, but not so when she tried to eat it. I did warn her it wouldn’t taste nice! 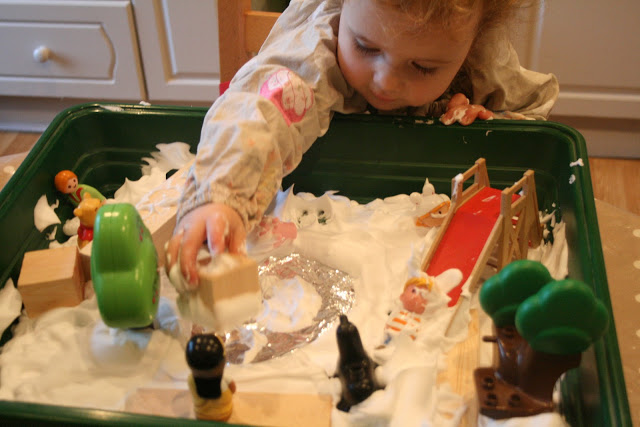 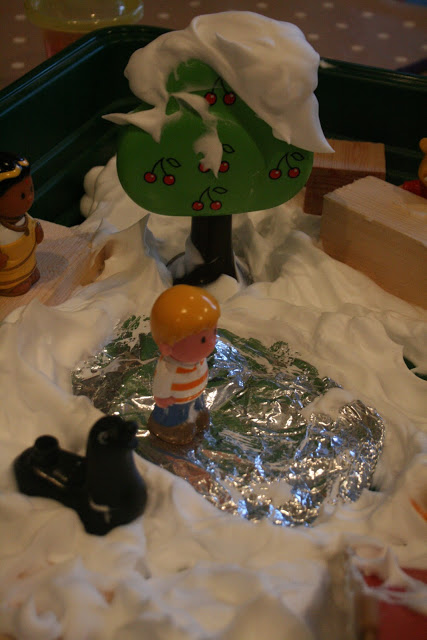 What’s so lovely about shaving foam is that it is really easy and nice to clean up and leaves everything clean and smelling lovely afterwards! I do recommend keeping a big towel nearby for wiping foam off hands (and faces!) before they touch furniture etc. 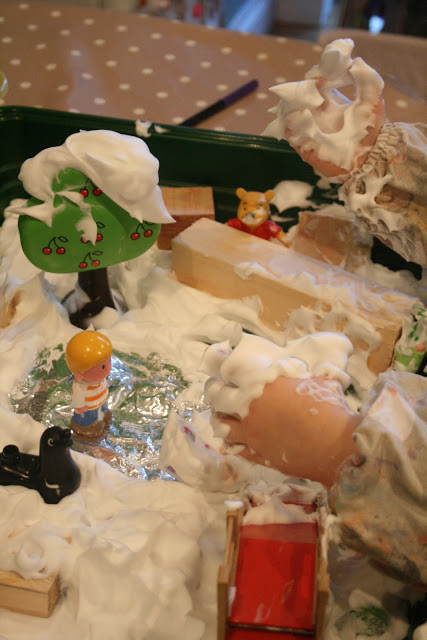 The next morning she went straight downstairs in her PJs and found the garden tray, started lugging it upstairs and saying “time for more snow now Mummy?!” So I guess she enjoyed it a lot.

Tomorrow I will post the lovely art that we made from the left over foam before we washed it up.