Cakie is just reaching that exciting age where she is beginning to understand imitative role-play and busies herself in her little kitchen making coffee and toast, washing up and “cookin fings” in the oven. She is watching what we do and representing it in her play with role-play objects and sometimes without, engaging in the early stages of proper imaginiative play.
I have been really looking forward to beginning to make small world play scenes with her as these were some of my favourite activities to set up in our classroom environment when teaching. I have a couple of garden trays from Homebase that are a really good size for containing toys in and used one of these to make a quick and easy construction site small world play.

I poured in a packet of tricolor pasta shapes (that we just didn’t seem to be getting around to eating!), some macaroni from a previous tactile-play session and a couple of cups of Shreddies breakfast cereal. This was to represent the gravel/ bricks/ mud/ stones/ timber that the construction workers would be building with. 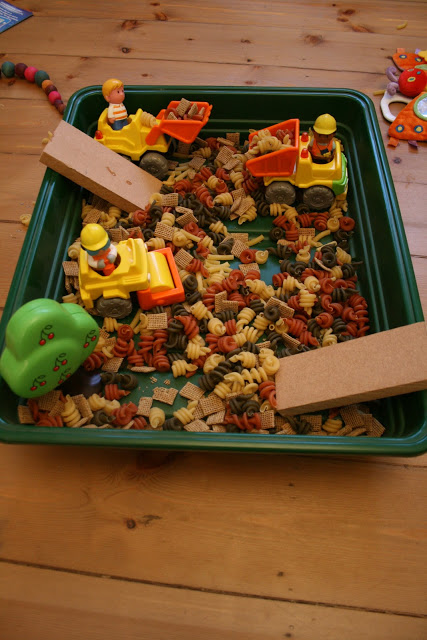 We put in a few toy diggers and play people, as well as a tree and some extra pieces of wood that the carpenter gave her before Christmas. I picked up these three Happyland vehicles and people off eBay for £2.50! 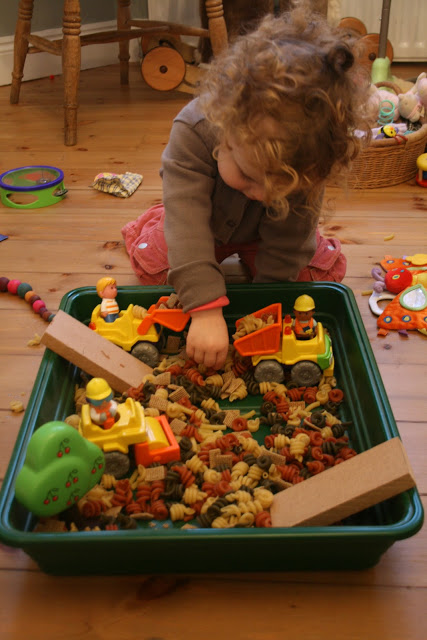 And the only thing left to add was some imagination! 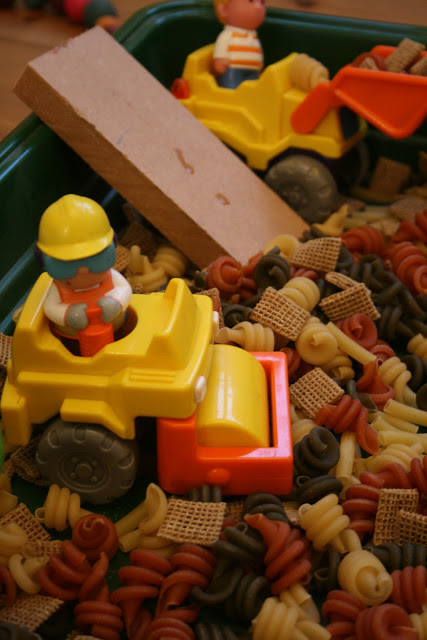 At this stage of development and with limited exposure to real life experiences, small children need to have this type of play clearly modelled to them. They do not automatically understand what to do and how to role-play with toys if they have not either experienced the scenario for themselves in real life, or watched you, as the adult, demonstrating what they can do. 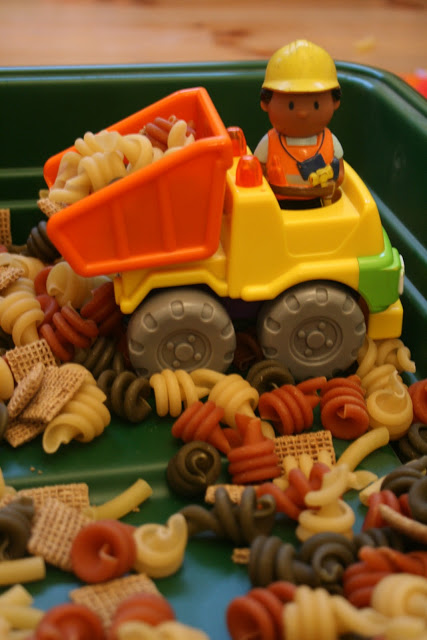 So, in this game, I pretended to drive the different vehicles around the construction site, narrating what I was doing as I did it and putting on different voices for each of the little men. “Right boys, we are going to be making a road today!” The guy driving the steam-roller did a lot of rolling and flattening through the pasta, and I laid a piece of wood down to start building a path. 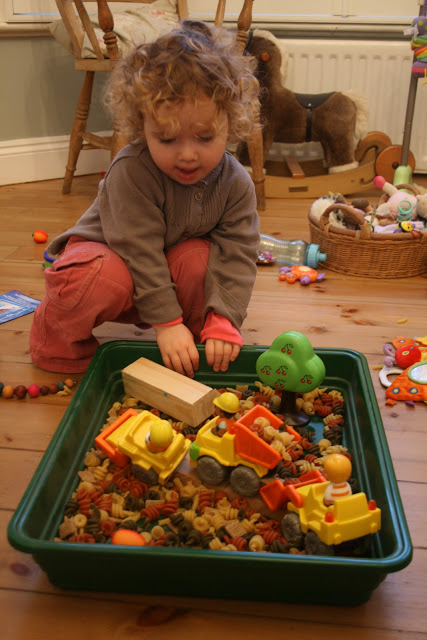 Cakie then got the idea and got more wood to add to that while I had the other men clearing the boulders out of the way “phew this is really heavy, I need some help over here!” She then started driving the trucks and adding her own “beep beeps” and “out the way!” commands. 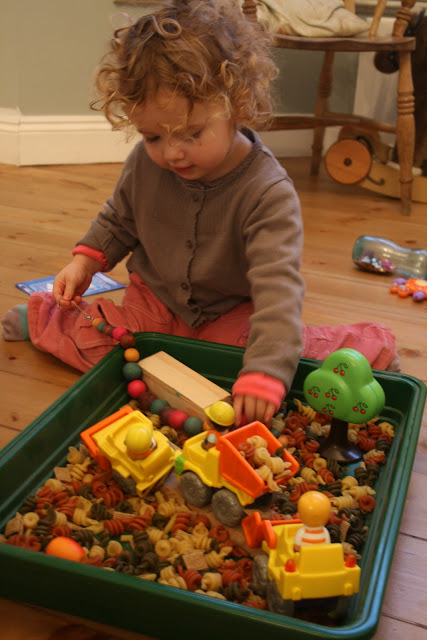 She got some other toys and added them to the play scene, inventing new story lines. This necklace was a “big snake” and must have been pretty scary even for those tough builders! 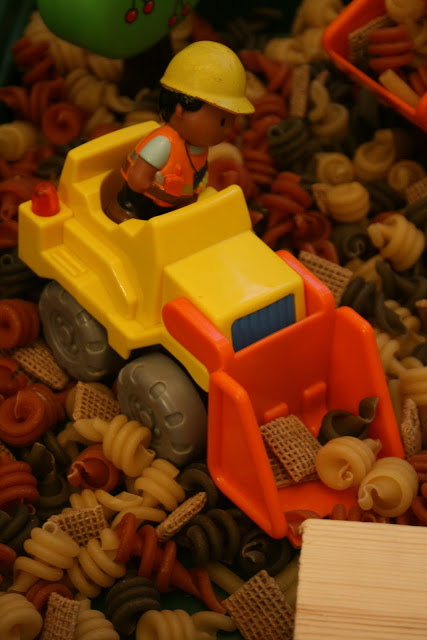 When she grew tired of it I tipped all of the pasta into a container to use another time, possibly in a different scene. As she becomes more interested in this type of play I will begin to build small world play scenes for her that we do not dismantle at the end of play. These stay out all of the time, on a small table or surface at her height, and can be added to over the days and as the play evolves. Creating a semi-permament play scene allows your child to build on their play skills and develop new ones by playing there over and over again, improving their language and story-telling skills as they do so.
Key benefits of small world play:
* Learn how to play independently
* Begin to narrate their play and thus developing early story-telling skills
* Re-enact familiar experiences in a similar way to role-play
* Very cheap and easy to make from found, natural and recycled materials
* Promotes creativity
* Engaging for all ages from 2 up until 10! Same scenes, different skills and outcomes.
We will be making lots more of these over the next couple of years as interests change!
This post is shared at