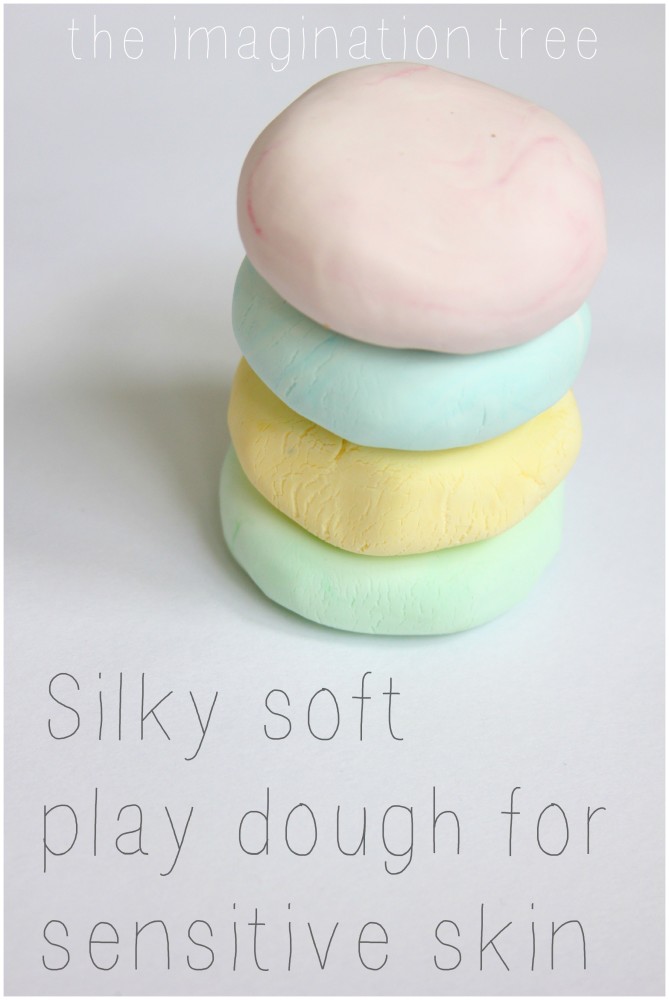 If you don’t know already, we are HUGE lovers of play dough and there are over 100 variations, recipes and ways to play and learn with it on this blog! However, following feedback from readers here on the blog and over on my Facebook page, I wanted to make a play dough that could be used by all children, including those with sensitive skin and eczema, as this is an area we haven’t tried before. 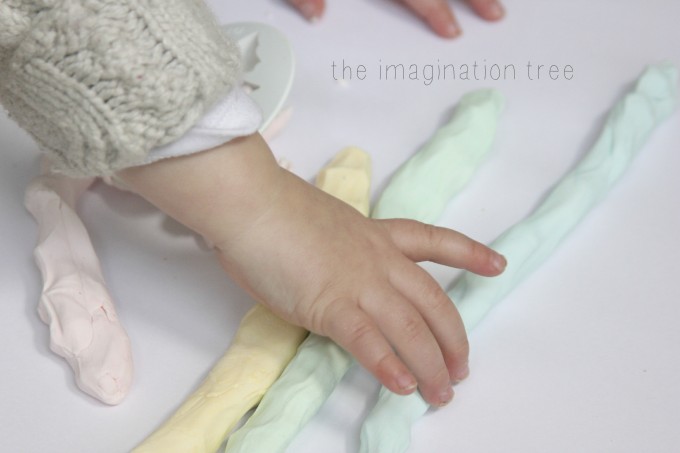 I know lots of kids find the salt content too harsh on their skin in the original play dough recipe, so I wanted to make one without any salt at all. The initial inspiration for trying this new type of play dough combination came from Play Create Explore’s Ice Cream Dough (which is awesome, you must click to read more about it!) She was the first person I saw to experiment with making dough using only two simple ingredients, with cornflour (cornstarch) and hair conditioner being the unlikely couple, with lovely results!

However hair conditioner isn’t conducive with little sensitive hands so wouldn’t do for this particular recipe. I looked around and found a huge jar of aqueous cream that we purchased when my eldest first showed signs of dry skin and eczema patches and thought it would be perfect to experiment with as it’s moisturising and advised for the purpose. 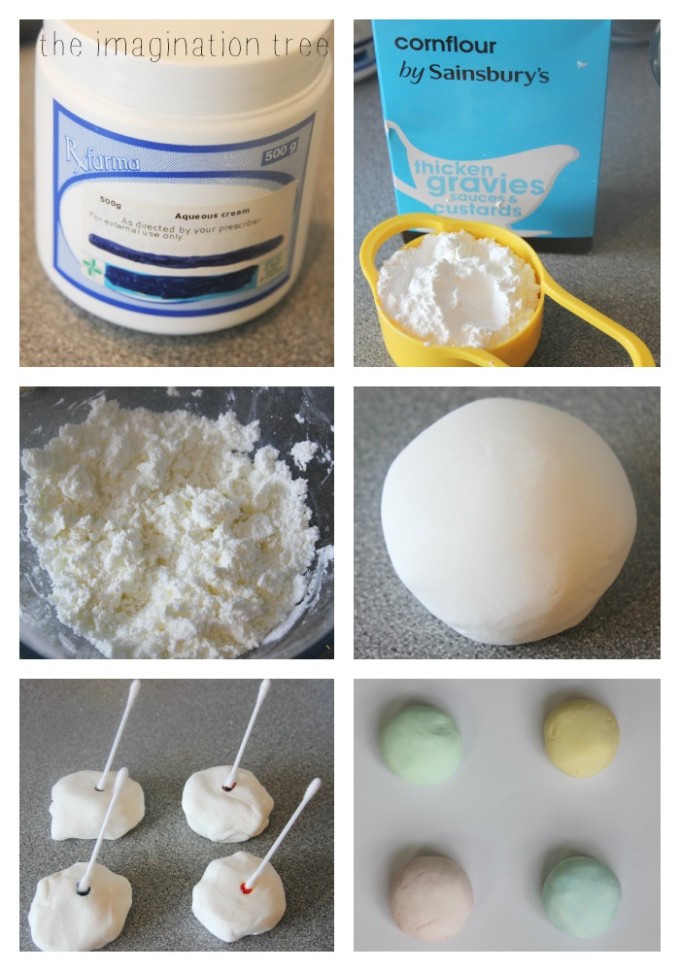 It took a few attempts to get the quantities just right, but the recipe ended up being so very simple!

How to make soft play dough for sensitive skin:

5 tablespoons emollient cream. We used aqueous cream, but any skin cream or moisturiser for sensitive skin should work.

[We used aqueous cream (Sorbolene in AUS and possibly Aquaphor in the US.) This was fine for us but I’m grateful to a couple of readers who have fed back that this still wouldn’t be gentle enough for kids with bad eczema, so my advice is to use ANY cream that is tolerated by your own child’s skin, that you already have at home. You will be the best judge of this as you know what does and doesn’t work for your own child. Some examples of a good alternative are Diprobase and Epaderm cream. Let me know what works as I would truly love to add in some tried and tested recommended alternatives too!]

* Tip the cornflour into a bowl and add the cream a spoon at a time. Mix it until it starts to look fluffy and crumbly, then use your hands to work it together until it’s evenly combined. At this stage it can seem too dry, but keep going! Once it’s holding together, take it out of the bowl and knead it on a surface until it becomes soft, silky and pliable in your hands. [I think the heat of your hands helps in this process as cornflour has such strange properties when combined with other materials!]

* It should feel softer than normal play dough and so silky. If it is still too dry, just dip your fingertips into the cream and add a teeny tiny amount until it’s perfect.

* If your child is sensitive to colouring, then leave it as it is and play! If colours are desired, we simply added a tiny dot of gel food colouring on the tip of a cotton bud and fold the edges in before kneading. I split ours into 4 small balls before colouring. 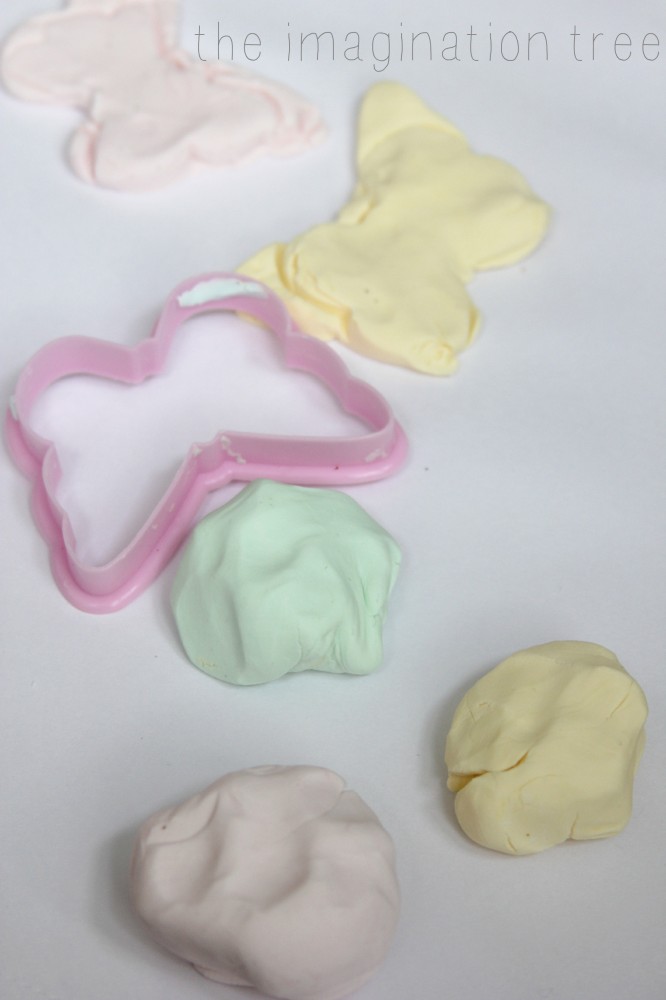 Then of course just play with it like usual! We set out rolling pins and cookie cutters for simple squeezing, pinching, rolling and exploration with nearly 2 year old Bean. I played too of course- play dough is great therapy and so releasing for all ages! Plus, these pastel clouds and the silkiness of the dough made it irresistible to touch!

A couple of important things to note:

* This is not like ordinary play dough because it has no preservative ingredients, therefore it will not last. I treated it as a one-day play type activity and so wasn’t disappointed when we threw it away later. It might be possible to find a way to store it. Let me know if you do!

* Because of the cornflour content, it becomes chalky and more crumbly than standard play dough, when it has been out for a while. I found that by squeezing it back into a ball and kneading it again to warm it up and work it together, this really improved the crumbling and revived it. Have a go and I hope you enjoy it! 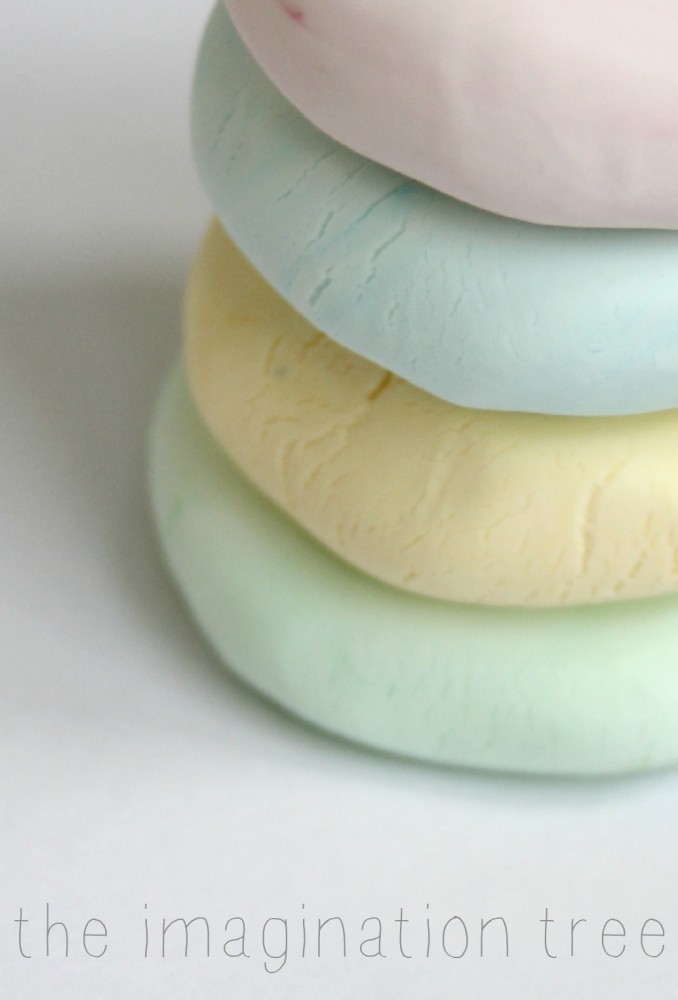 If you love play dough then you really need to read this post  of over 100 play dough recipes and ideas (and pin it too!) 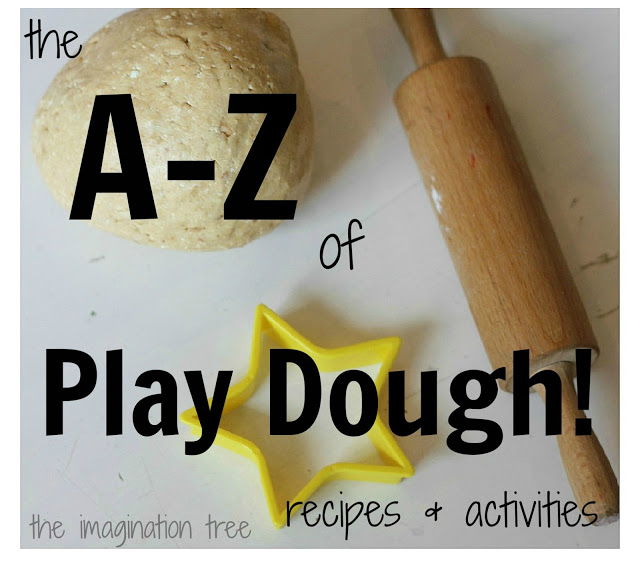 These 10 Natural Play Dough recipes are lovely too! 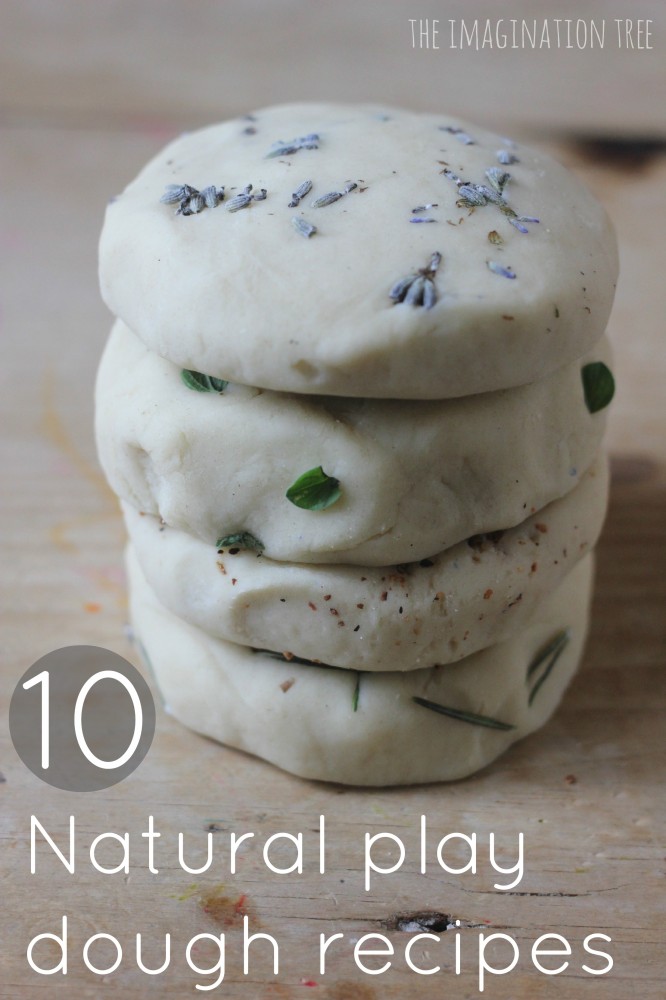 Here’s our best ever no-cook play dough that lasts at least 6 months! 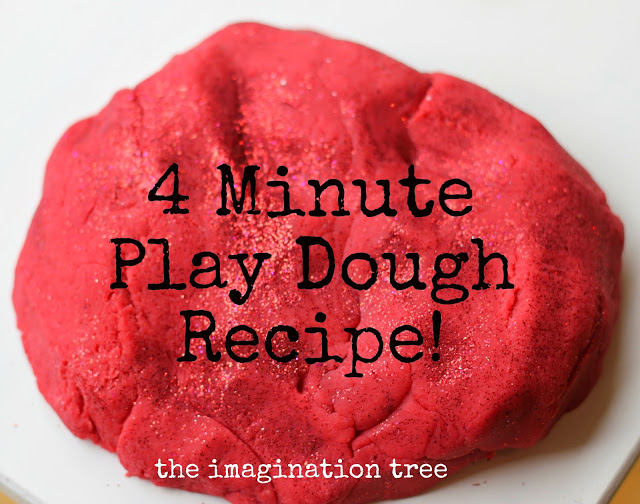