One of our activity ideas from our Activity Advent Tree was to make our own little Nativity scene. When I was a child I loved the little cardboard box filled with straw that we used to put our Nativity figures in and spent ages playing with it and telling the story of Christmas. I’d love for our girls to do the same thing, with a simple stable small world play scene that they can play with without fear of it being ruined. 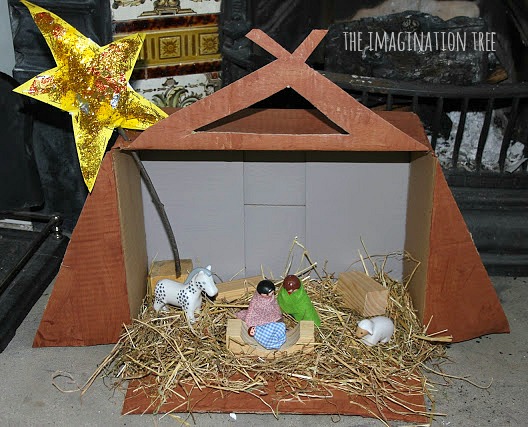 We took a small cardboard box and painted the outside and flaps with brown paint. The girls were very enthusiastic about this stage! Then we painted the inside bottom area with another shade of brown, using a paint tester pot. The box was turned on its side and I simply cut the two outer flaps so that they sloped up to indicate the sides of the stable, and cut the top to roughly resemble a basic roof. We filled it with some hay and found some Playmobil characters and animals to add, along with some wooden blocks. 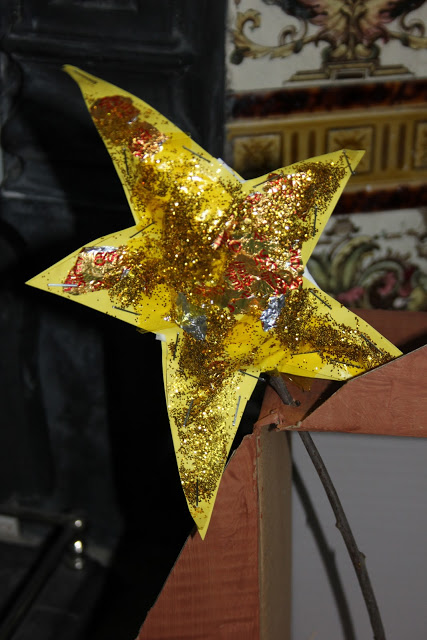 For the star, the girls spread glue onto a yellow piece of star shaped card and then liberally sprinkled glitter and sweetie wrappers over the top! I stapled it to another star shape and stuffed it with a tissue. We stick it onto a stick and poked it through the roof, but it can be easily removed and played with during the play. 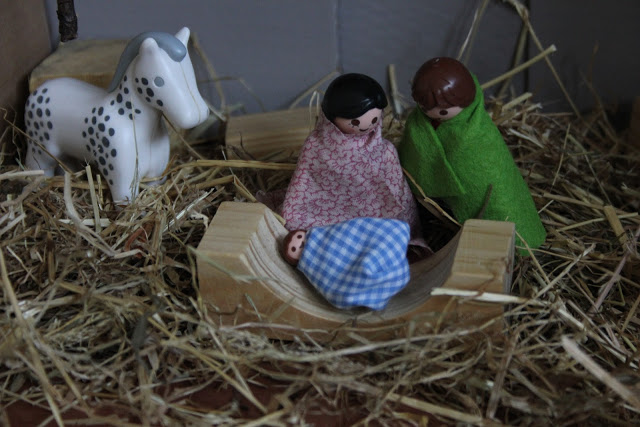 Our Playmobil characters didn’t quite fit the bill (one says “ZooKeeper” on her top!) so we cut scraps of fabric and stuck them around. The little baby is wrapped up in swaddling clothes and laying in his manger. 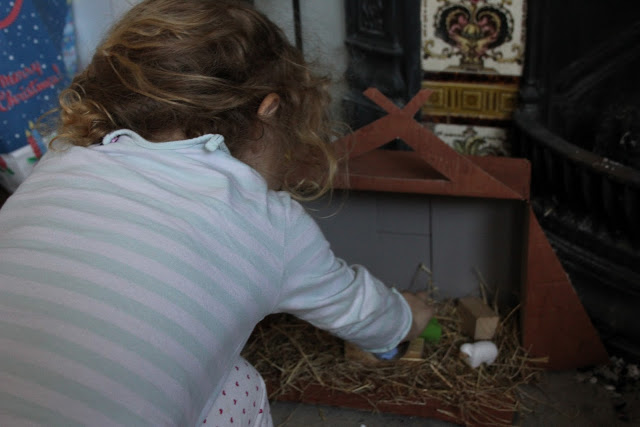 As we read and learn the story each day, C is understanding the main elements more and adds them into her play with the small world scene. We will add more characters later as we learn about the shepherds, angels and wise men, but for now we are retelling the first half of the events rather than the end. 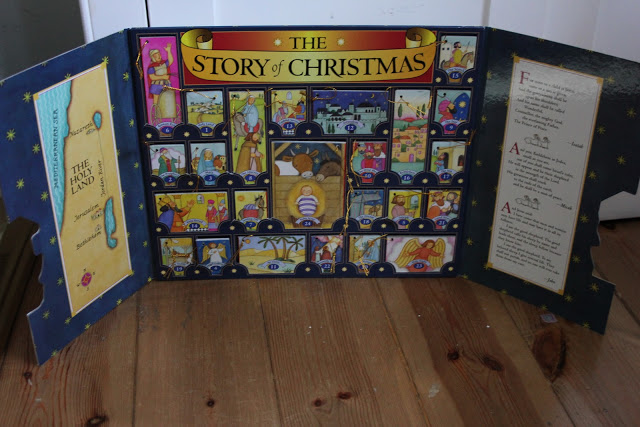 We are absolutely in LOVE with this wonderful advent calendar that has a little story book for each day of advent. It goes through the Biblical account of the nativity really slowly and clearly and explains every detail very well. I’d say C is just as excited about reading our book each morning as having her chocolate! We bought ours from The Great Little Trading Co but you can also find it on Amazon. The title is “The Story of Christmas.” 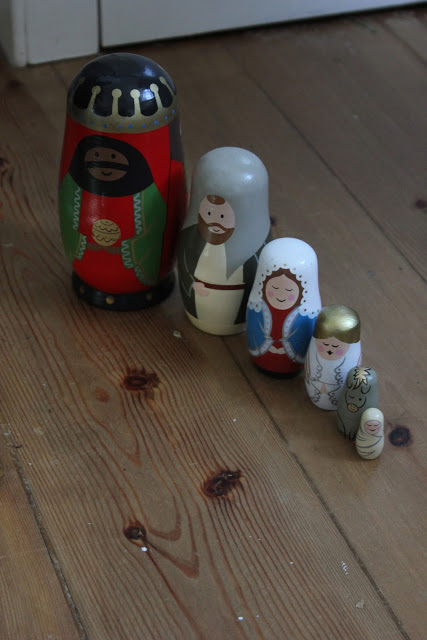 And this little set of nesting Nativity dolls need a mention too as it has been regularly added to the stable scene! I picked this up at John Lewis at the weekend as it’s so lovely to find something with a Biblical focus for once, as well as being a great educational toy (perfect for stacking, arranging, problem solving and story telling!)

Do you have any activity ideas for making sure the real meaning of Christmas isn’t lost? We hope to begin many new traditions this year and would love to hear yours!