This is an example of some pure, joyful messy play! Rubber toy snakes set into green jelly to look like glorious slime, resulting in a morning of fun, investigation and PLAY! 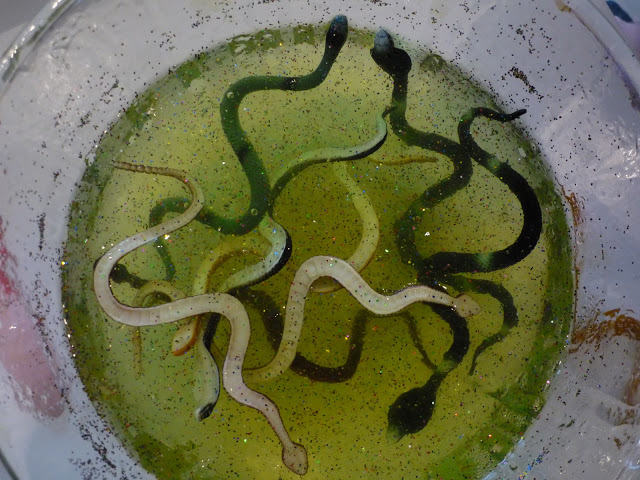 First of all, we made the jelly together which was in itself a real hands-on learning experience. We talked about how the jelly felt rubbery and squishy when it was in the cubes and Cakie marvelled when it “disappeared” after adding the boiling water. I asked her to predict what would happen after we refrigerated it, but she couldn’t imagine it!  Great for questioning and thinking skills! 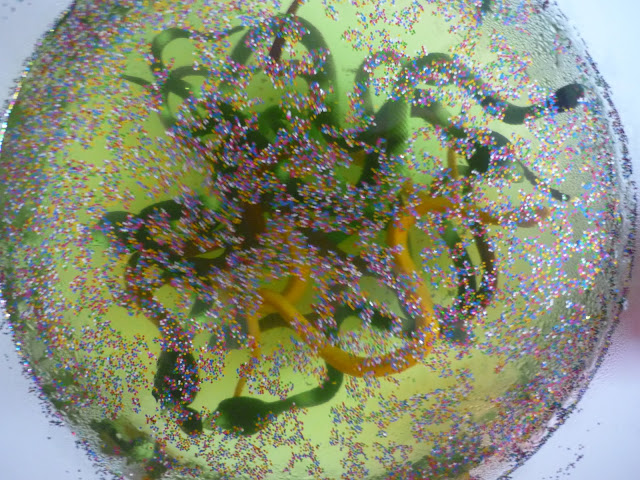 After she has helped make the jelly I dropped in the rubber snakes secretly so that they would be a real surprise in the morning! They mainly sank to the bottom but as soon as the jelly began to solidify they became suspended exactly where they had fallen. I added a layer of glitter over the top, just for fun! 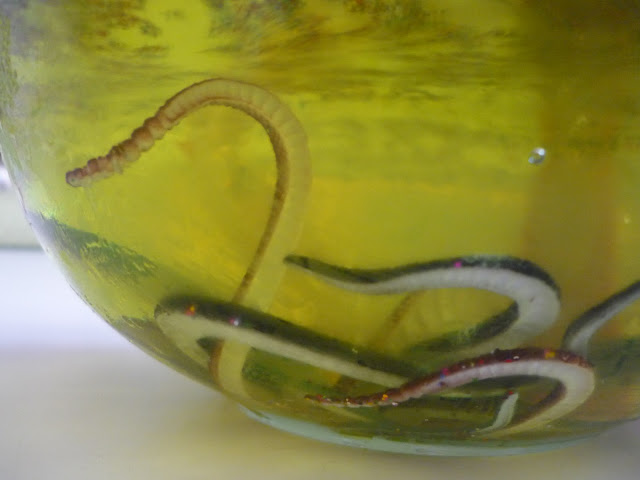 The next morning she was delighted with the snakes and immediately plunged her hands in to find them all and start playing! She commented on how “wobbly” and “squiggly” the liquid had become and spent ages running it through her fingers and squeezing it through her fists! 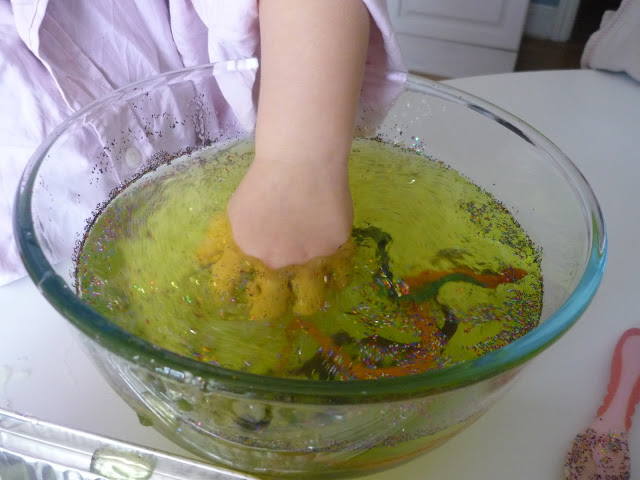 She made up some wonderful stories about the snakes “swimming in their swimming pool together” and later added some plastic toy people to join in the game too. Great for language and literacy skills! 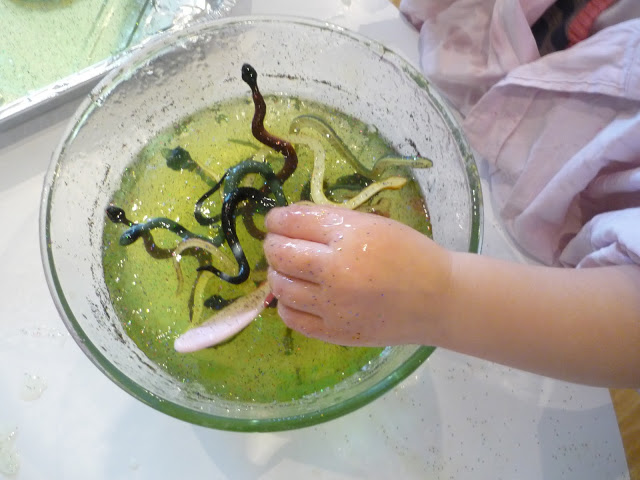 Little Sister was curious too and was quite taken aback by the cold temperature and the strange feeling of the jelly mix. 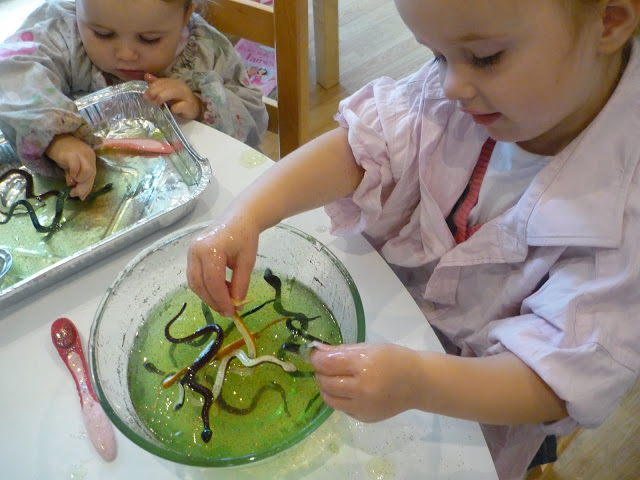 I saw a bag of toy eye-balls in the shop too which would be really disgusting in a big bowl of blackcurrant jelly! Ewww! The mind boggles at the possibilities 🙂