* Please note, nothing impressively home-made or organic is contained within this post! *
Cakie’s appetite seems to have halved itself recently (something I have heard often happens to toddlers?) and because of this she sometimes needs more persuasion to eat at meal times. I though we might try and make some simple meals together so that she can be involved in the process, have some hands-on fun and be much more interested in eating the results! 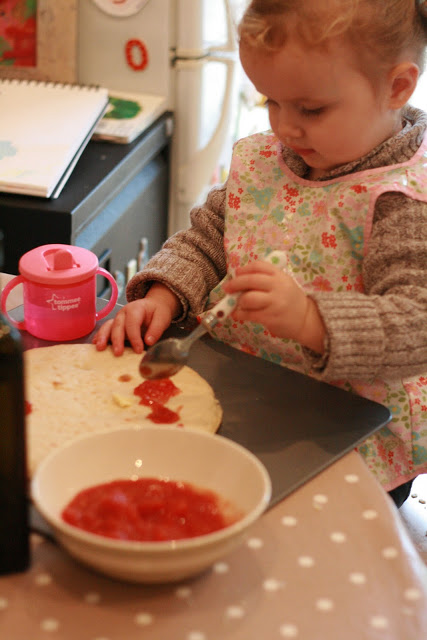 So, I decided we would start nice and simply by decorating some pizzas using ready made pizza bases. First she spooned lots of chopped tomatoes on and then spread them around, using a branch of rosemary from the garden, This was her own idea. I love that she is painting with the sauce! 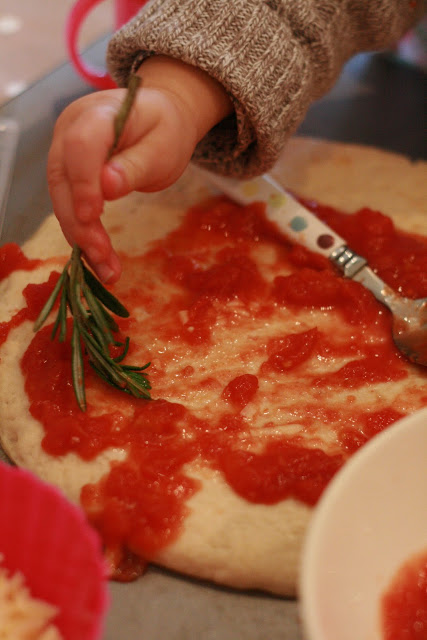 Then she covered it over with large slices of salami. 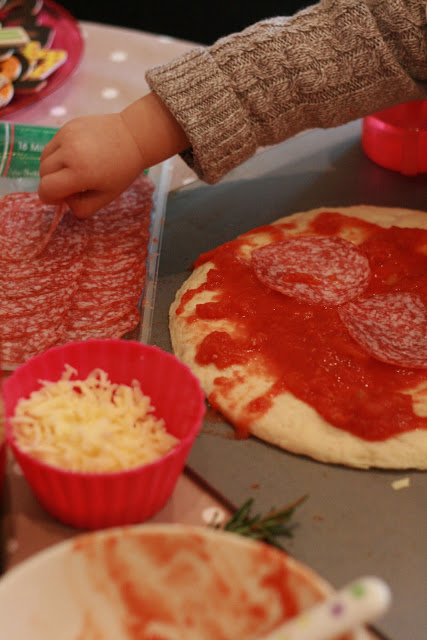 She helped me to grate some cheese into the bowl and then sprinkled it over the meat. 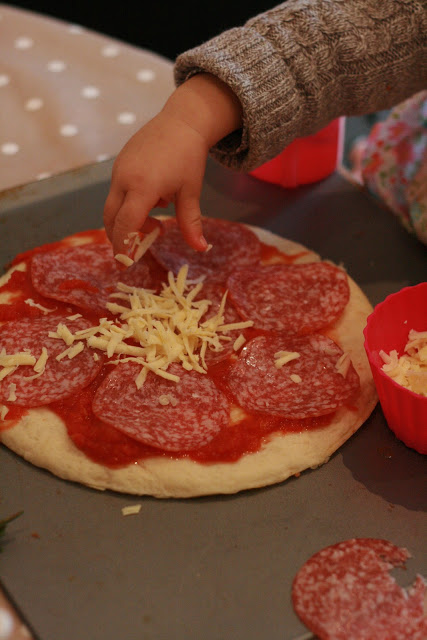 This was a much-enjoyed part of the activity! 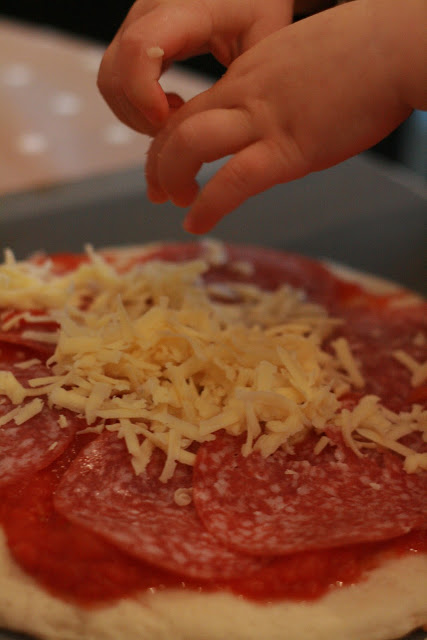 Then she had good fun trying to rip up the rosemary leaves and put some of those on the very top. 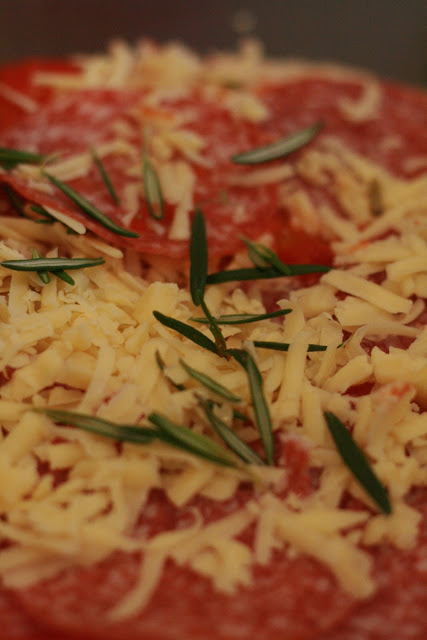 I drizzled over a little olive oil and she helped me put it into the oven, where it cooked nicely for 10 minutes at a high heat. 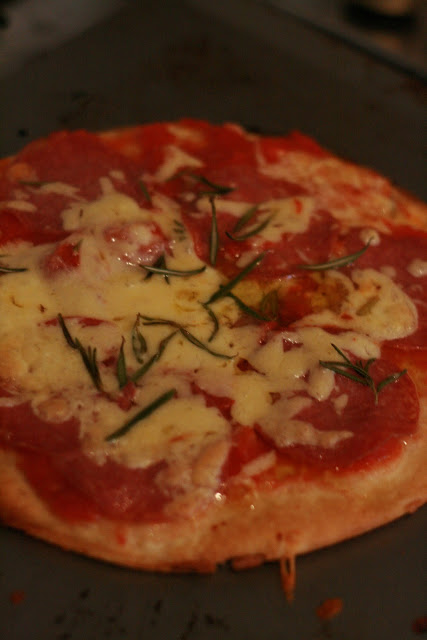 The result was surprisingly delicious! Even though the bases were not home made, somehow the freshness of the ingredients made up for it. Yum, yum! 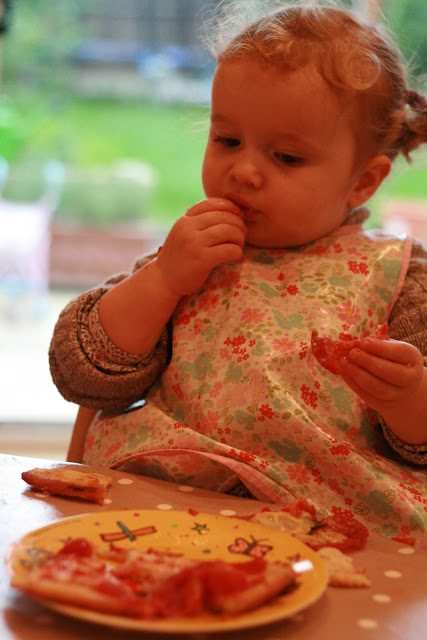 Next time I think I may have a go at my own dough using this recipe that I found, or for an even easier version we may use pitta breads as bases and create a range of different toppings. I think pizzas made this way would be a good way to include some hidden veggies- I think I had run out on this occasion…oops!