Create a magical, sparkly Arctic small world play scene using blocks of ice in various shapes and sizes for building ice models with! Fantastic imaginative play fun for any time of the year, which would be particularly great when studying an Arctic animals topic. 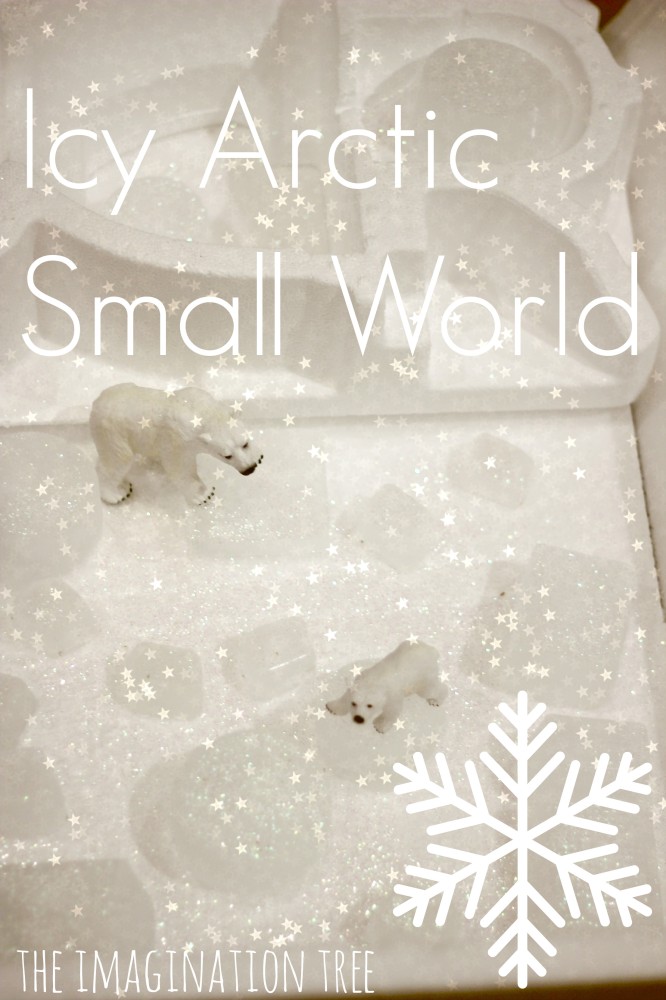 First we froze some water into various size and shape blocks using a plastic tray from a cracker box and two different types of regular ice cube trays. When they were ready we had roughly 10 larger blocks, some circular and others square, and 25 or so smaller cubes 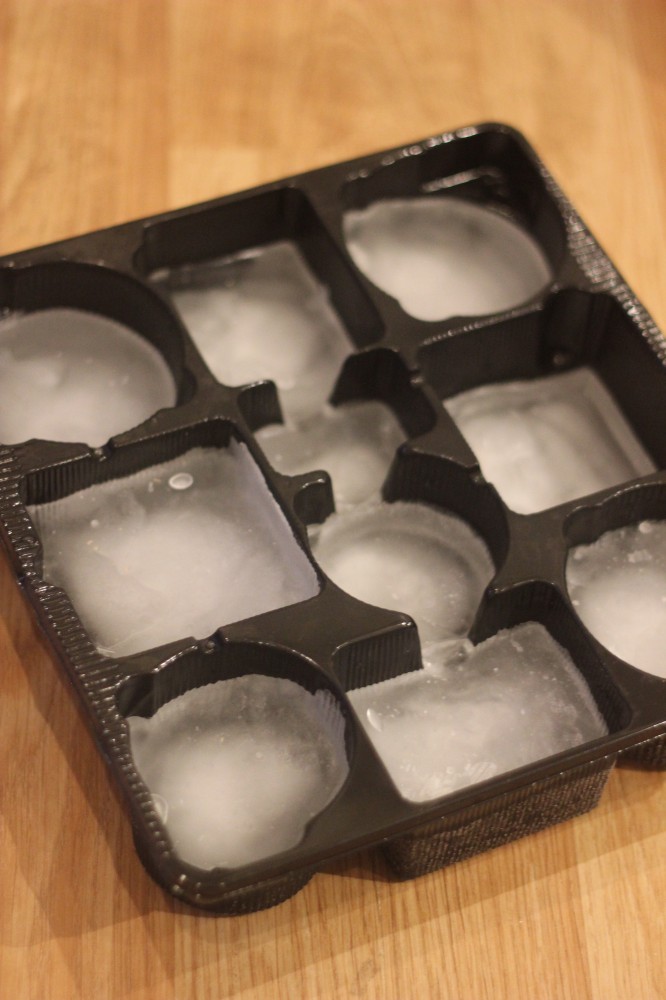 We used some flat pieces of polystyrene packaging to line a large, under-bed storage box, and added a larger piece of shaped packaging to create a moulded landscape. The polystyrene looked realistic as snow, but even more importantly, it ensured that the ice blocks stayed frozen for longer! This was an added benefit which the children were amazed by and found a really fun fact to explore. We will have to set up some science experiments related to this soon! 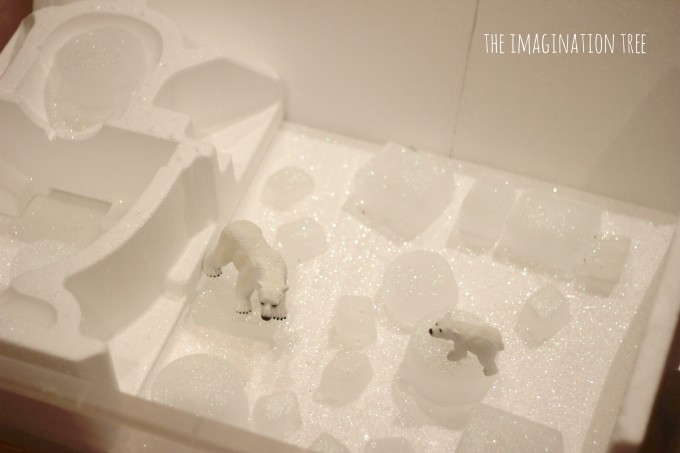 Once the blocks were in the box we added all of the ice and some polar bear toys. Then they liberally sprinkled lots of white, iridescent glitter all over the idcc and packaging. It looked so much prettier than I was able to capture in these photographs! They called it their “ice kingdom” where the polar bears were kings over all creatures. 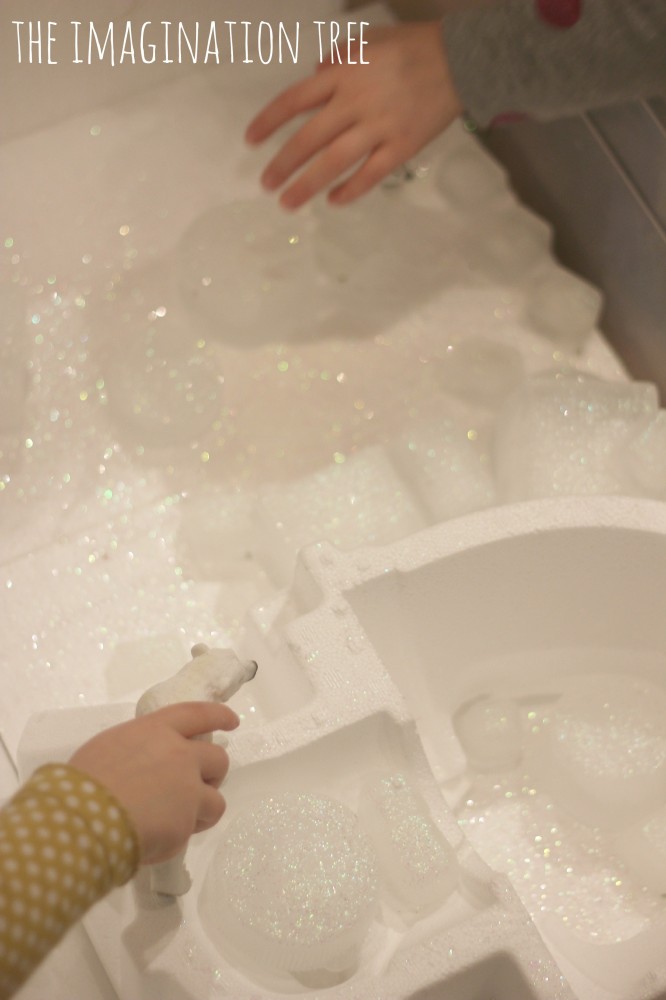 They see the ice blocks to build structures, ice caves and buildings with, including stepping stones and ice mountains. The blocks seemed to stick together fairly well, perhaps because they were so recently out of the freezer, and also the glitter over their surface helped too.

This would be fantastic in a classroom on a tabletop for a sensory investigation tray! If children are going to be playing for a period of time then they should wear some gloves. 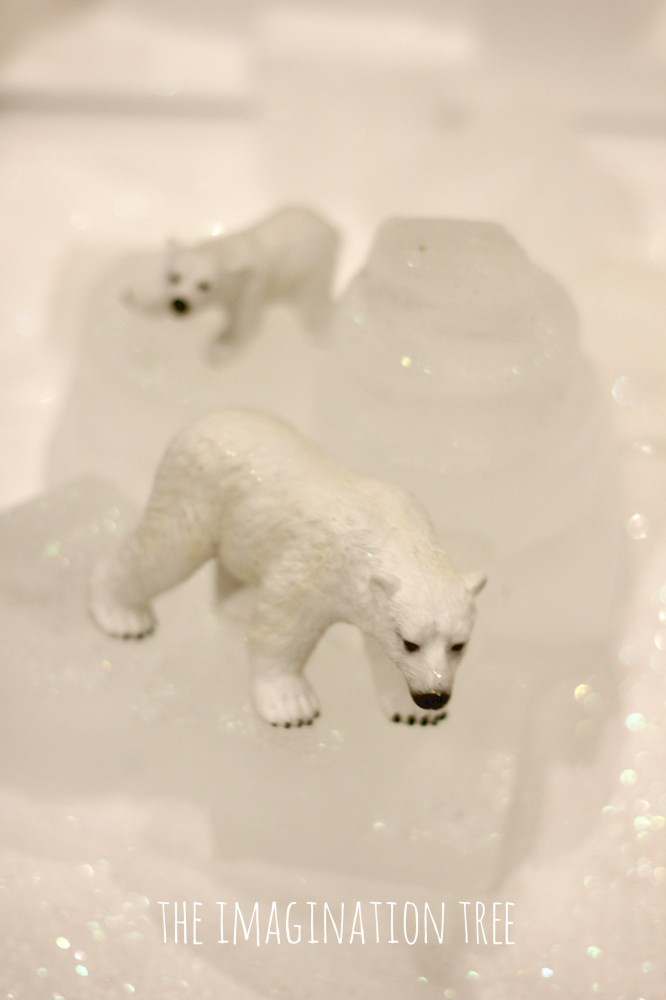 science: water can be frozen from a liquid to a solid, ice can remain frozen if kept in an insulated environment. ice will melt eventually

knowledge & understanding of the world: polar bears live in the Arctic in the snowy tundra

You will also like our home-made Snow Dough for sensory play!