Here’s how to make a beautiful, jelly bean rainbow cake for an exciting addition to a colourful, birthday party! Fun and unique and not as hard as it looks to create! 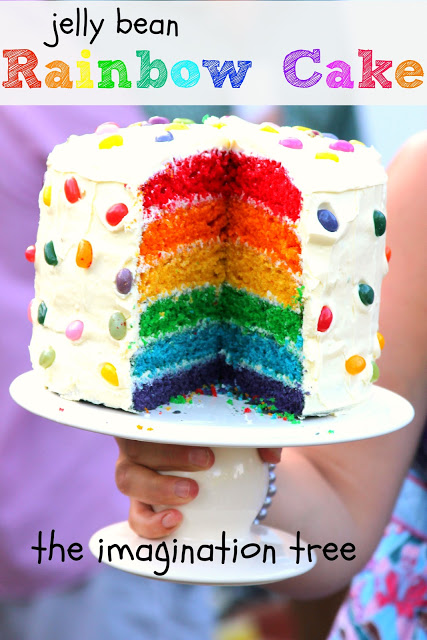 When I first saw this rainbow cake idea a couple of years ago I was amazed by it, but completely put off making it because of the complicated instructions that I found. Most seemed to suggest freezing layers of cake, cutting the tops off and other labour intensive stages that seemed much too difficult! But when Cakie decided she wanted a Willy Wonka birthday party, this seemed to fit the theme perfectly, so I decided to just have a go and hope for the best! It really wasn’t as hard as I expected and I cut corners with an easy cake recipe and by using store bought icing!

Here’s what I did:

I trebled my trusty go-to Victoria sponge recipe, with the aim of making 6 thin layers of cake. It’s lovely and easy because it is mixed all in one- perfect!

[Check this helpful link to convert grams to cups!] 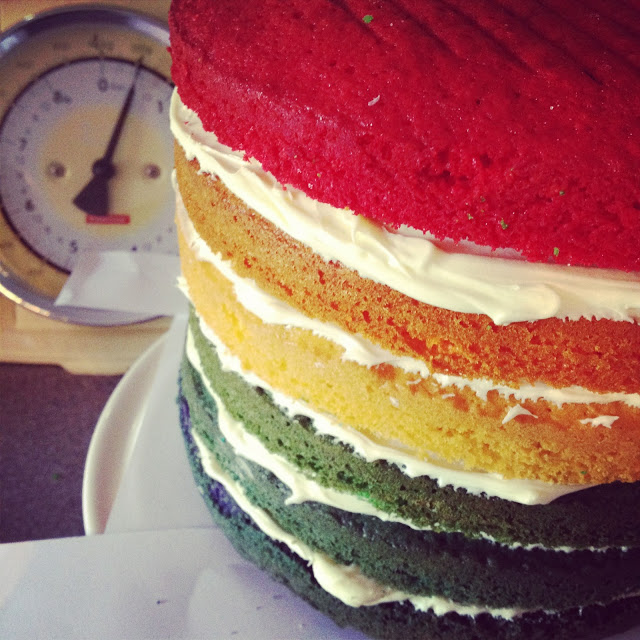 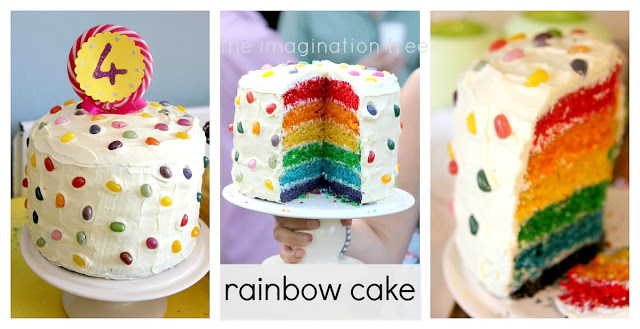 The birthday girl was thrilled with her whacky, jelly bean rainbow cake and completely amazed to see the colours inside it! This cake was MUCH easier than I thought it was going to be and I would definitely make it again. Cutting corners by using store bought icing and not bothering to freeze it in-between icing definitely removed some of the stress factor and made it a manageable morning’s project.

Have you ever tried making an unusual birthday cake? Please share your ideas in the comments!

« Kodak Avengers Printables and a Great Competition!
Get Kids to Listen Without Nagging, Reminding or Yelling »