A fun scientific investigation for kids on a hot day: freezing and then melting objects in blocks of ice! 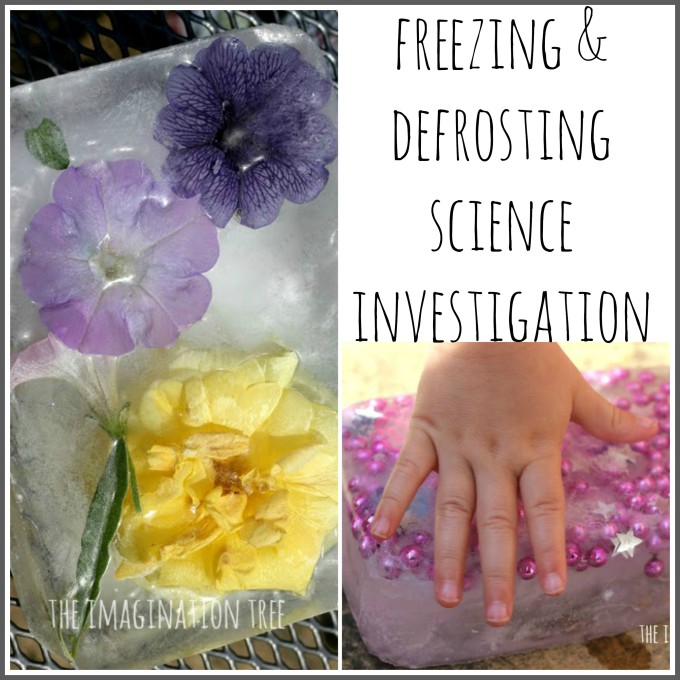 We have had some wonderfully hot weather this week and our play has been mainly outside from breakfast to bedtime. To help cool down we had a go at the simplest of scientific experiments, turning water into ice and then back again to water! 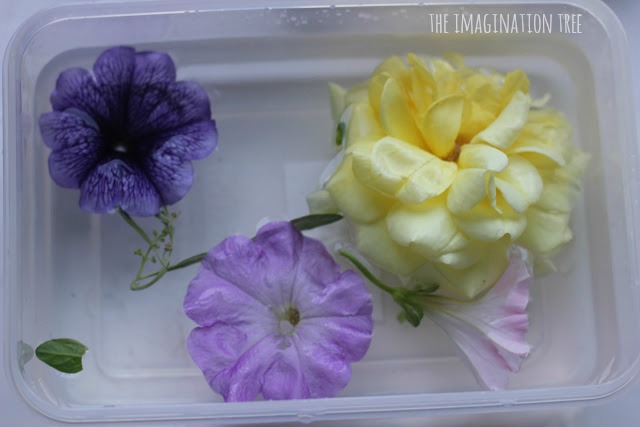 Using basic tupperware boxes half filled with water, the children went around to find things that they wanted to freeze and dropped them in. We did this many times, using various sized containers and all sorts of objects, from flowers to necklaces, sequins to dinosaurs! I love the beautiful flower tub that Cakie filled (even though she did pick the flowers, grrr!) 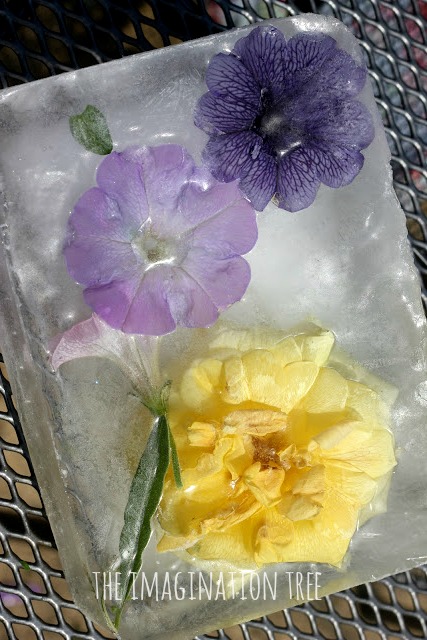 A few hours later and they were desperate to see what had happened to the water and objects. “It’s ice mummy!” “It’s so hard!” “It’s very cold” “I can’t get them back out, they’re stuck in it!” 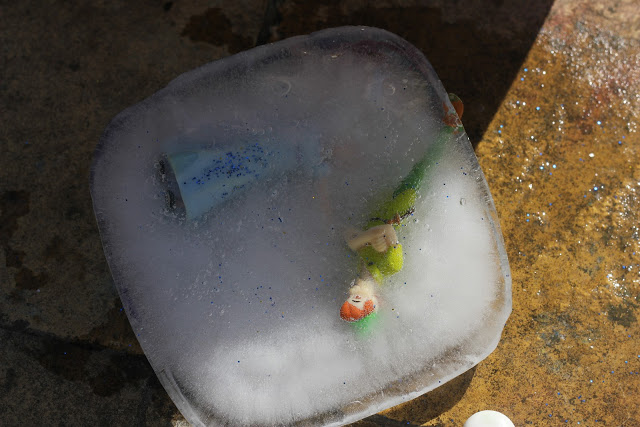 This block had Cakie’s favourite play characters stuck in it! Poor Peter Pan and Wendy suspended together in the ice. 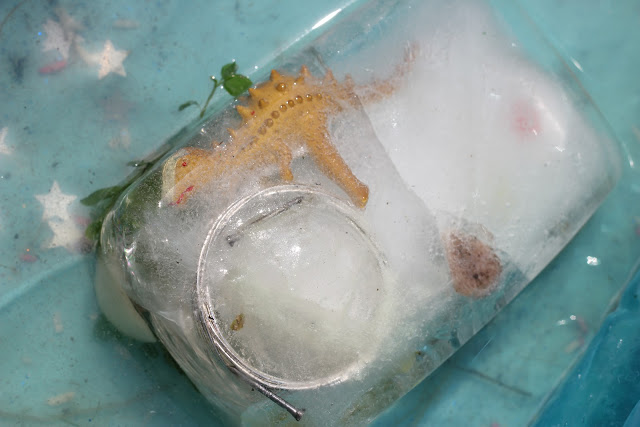 Is that a nail I spy along with the toy dinosaur?! 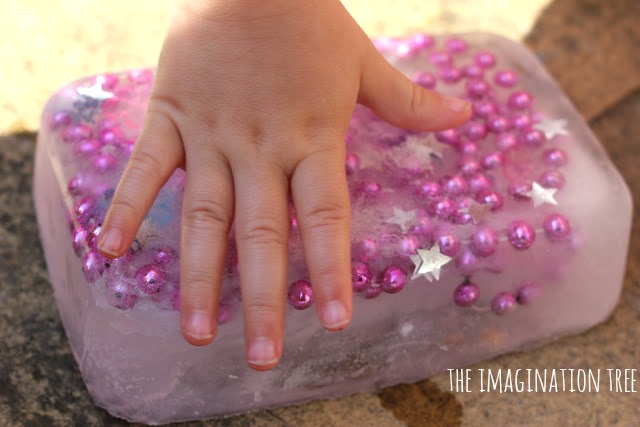 The next mission became “how are we going to get these things OUT?” I didn’t offer any suggestions, I just watched and was interested to see what their strategy would be! First attempt involved garden canes and a lot of fruitless prodding. 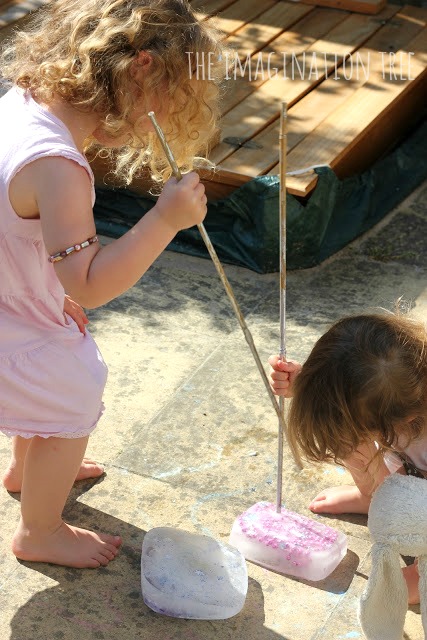 Then out came the forks and some ice was gradually chipped away from the edges, but not enough to reach the toys and flowers. 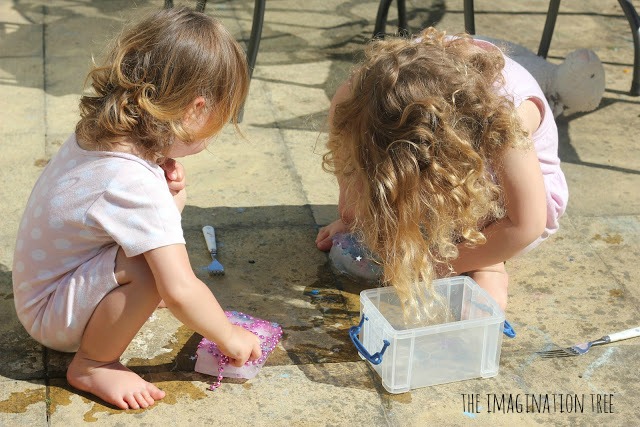 Then Cakie had the idea to drop the ice blocks into the paddling pool! She noticed very quickly that the blocks began to melt at the edges. “It melts in water Mummy!” After a short while she was too impatient and pulled them back out to examine on the patio again. 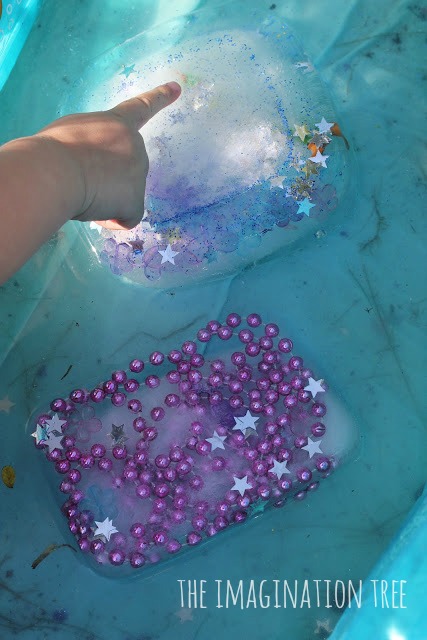 I gave her some rock salt to sprinkle over the top and it made the surface slushy and grainy, having an immediate effect, but not in any way melting the whole block.  She noticed the effects of the hot sun but said “it only makes it drip, not enough to come out!” 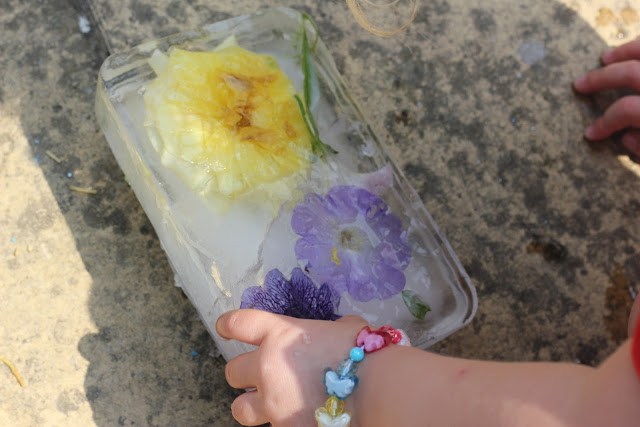 But by now the toys were beginning to emerge and the fun began! Back to the forks and more chiselling around the edges. “They’re coming out! Look!” 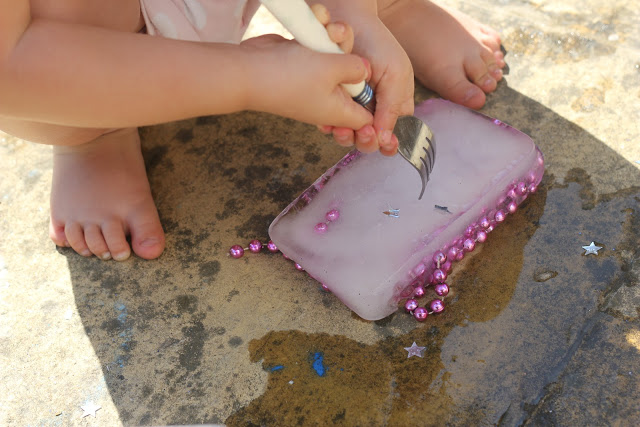 She was thrilled to be able to reunite Wendy and Peter Pan (who she claims are deeply in love and about to get married!)

They have loved this investigation so much that I’ve found Cakie freezing things all by herself the past few days! I found my gorgeous silver napkin ring suspended in ice in the freezer along with a whole host of favourite toys, feathers and tid bits!

We have another ice post on the way because of this new obsession, this time linked to learning colours! Stay tuned 🙂