Make a multiplication game using an egg box and ping pong balls for a playful way to learn maths! Yay for hands on, worksheet-free approaches to learning. This has been perfect for my older kids to practise multiplying numbers and rehearsing their times tables over and over again, and has been a fun break from simply reciting them! 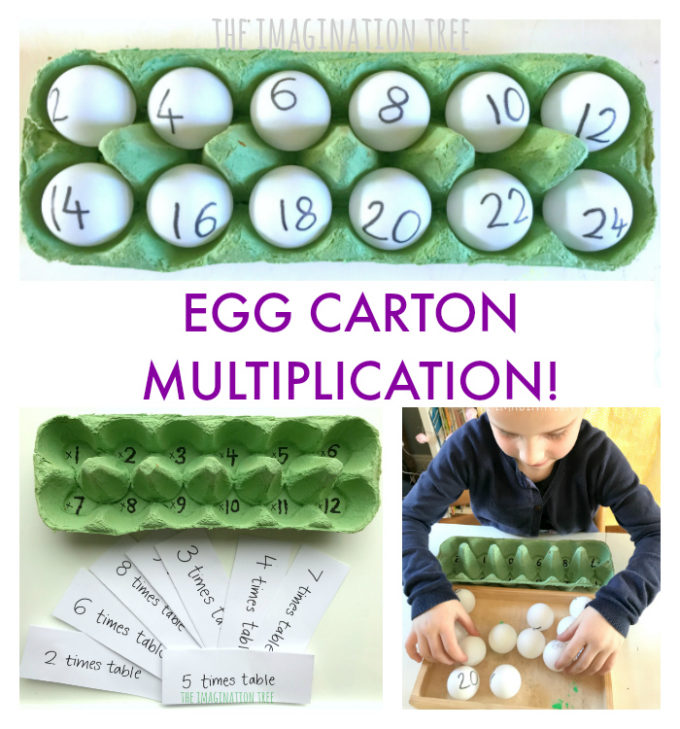 ping pong balls (this set is huge- great for lots of projects!0 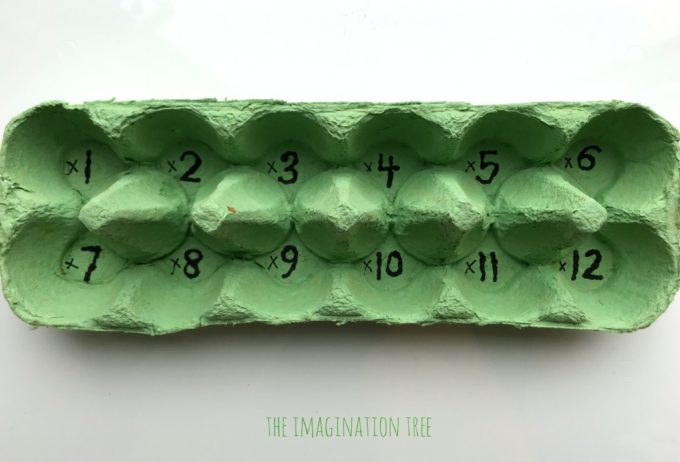 Remove the lid from a 12 hole sized egg carton (but keep it for holding the balls during the game.) Use a black Sharpie marker to write the numbers 1-12 in the holes in the base.

I added the “x” symbol in front of each number as a reminder that this would be a multiplication of the following numbers. 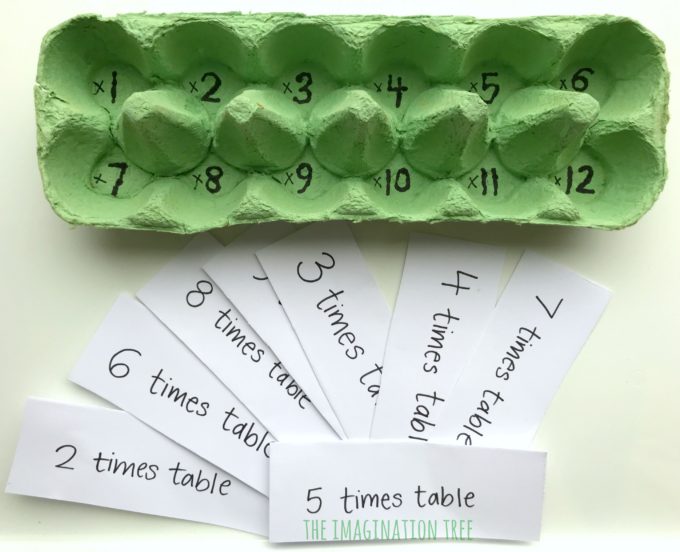 Cut some equal sized rectangles of card and write “2 times table” etc all the way up to “12 times table” onto them. These will tell the kids which times table they are to practise.

Onto the ping pong balls write the numbers from each times table, using a Sharpie marker. You can use this multiplication grid (image from SparkleBox) to help you know which numbers to use, in case you get stuck! 😀 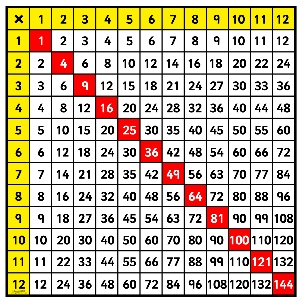 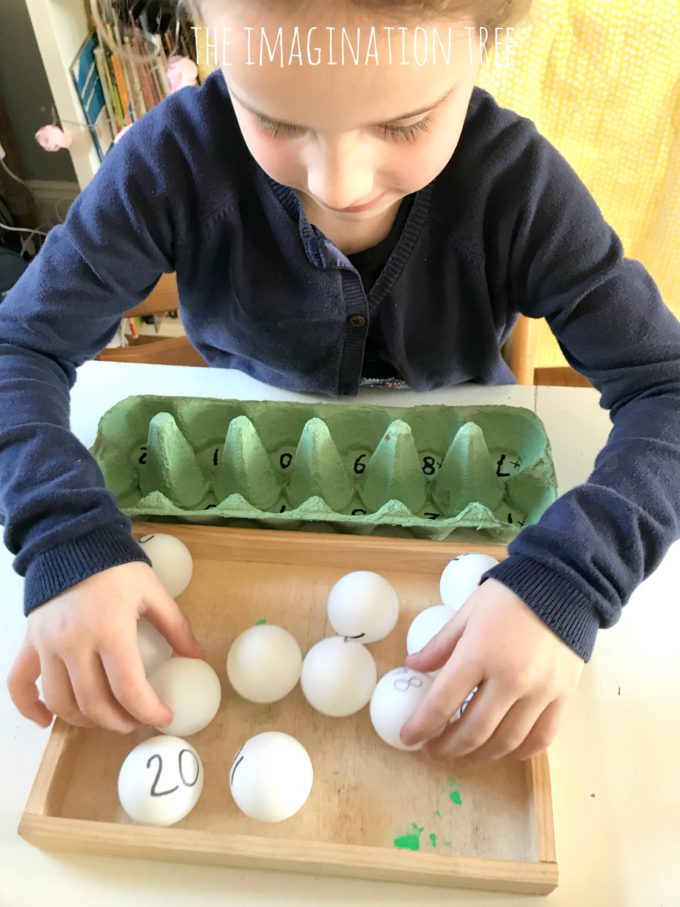 Then, hand your child a times table card and the multiplication game box, with the ping pong balls ready to go!

According to the stage and ability of your child, either set out just the balls for that particular times table, or put them ALL out in a basket to look through for an extra challenge. I recommend starting with the former and moving onto having them all out later as it is time consuming for them to find the ones they need at first. As they get more speedy it will be easier to achieve. 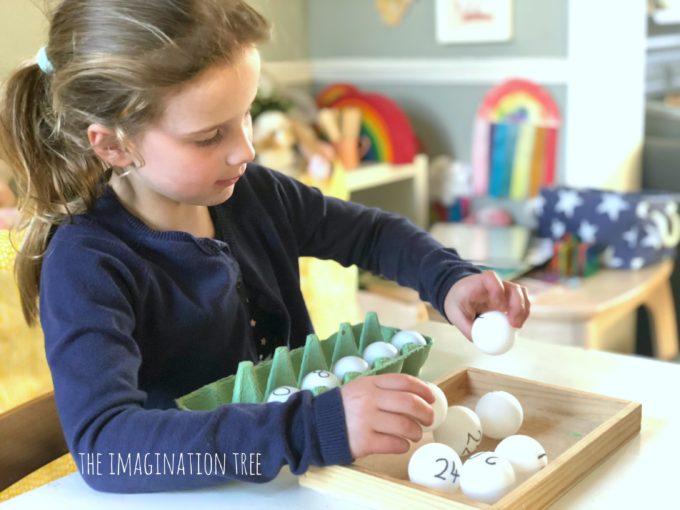 Miss 6 is working on skip counting in 2s so this was a perfect introductory activity for her to start with the 2 times table. After starting with number 2 in the first hole ad explaining that this is 1 lot of 2, she was able to complete the rest of the box quickly, counting forwards in 2 each time. 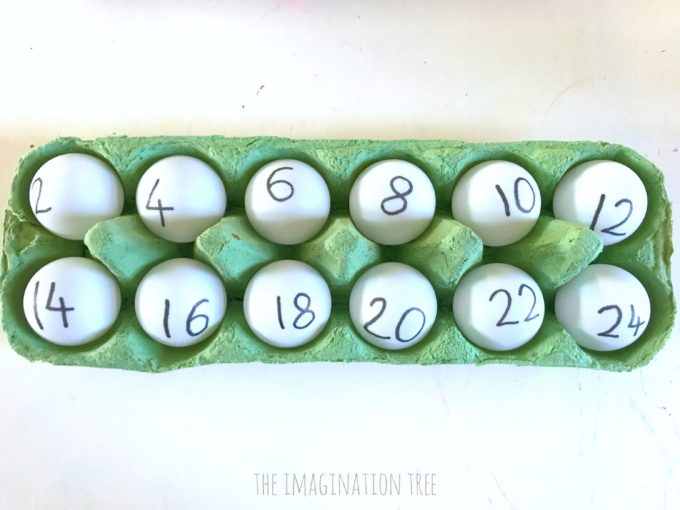 She was also able to complete the 5s and 10s as she is secure in counting in those multiples already (without knowing she’s reciting a times table of course!)

Watch our video of the multiplication game in action! 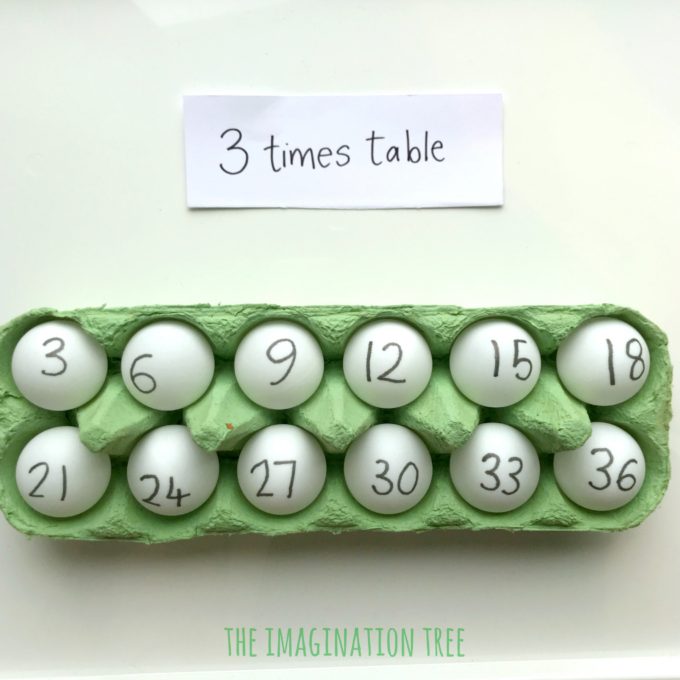 My older girls (currently in years 3 and 4 at school) were quick to complete the lower multiplication tables but needed practise with the higher ones. So this game has been a perfect way for them to practise without simply reciting or the dreaded worksheets!

A combination of learning styles and methods is great for keeping variety and helping them learn in a more concrete, hands on way. 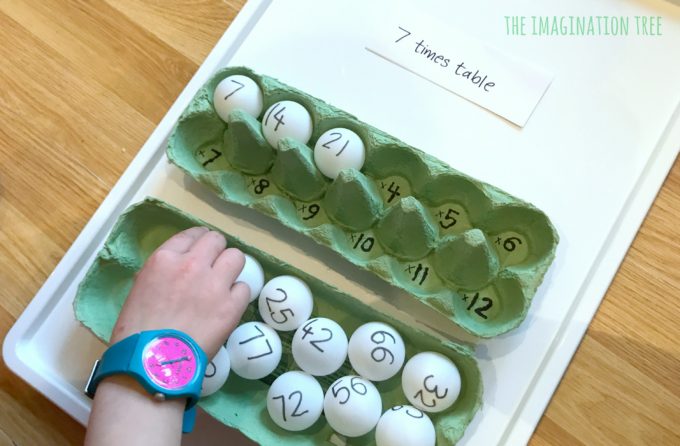 The next step for children who are becoming secure in their times tables is to introduce a timer or to give both kids a matching box and set of balls and have them race each other!

This would be a GREAT resource for the classroom to have alongside other counting manipulatives as it is helpful visual for learners. 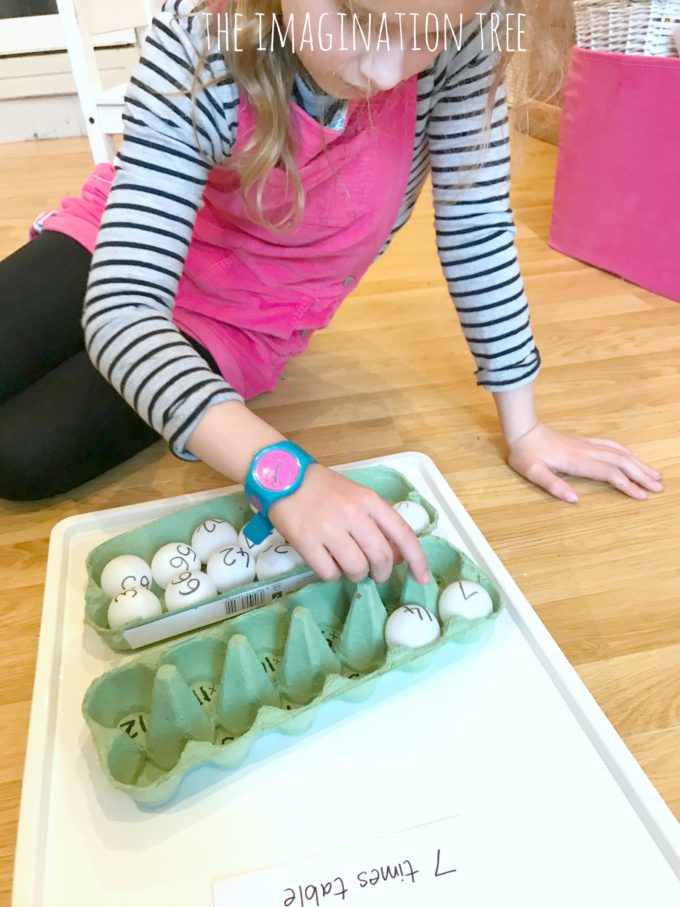 The ping pong balls are a relatively cheap resource and once made they can be used in other maths learning games too.

We have also used them for ABC and phonics games such as this ping pong fishing game!

(We’ve also made many games and resources using EGG CARTONS too- from art projects to maths games!) 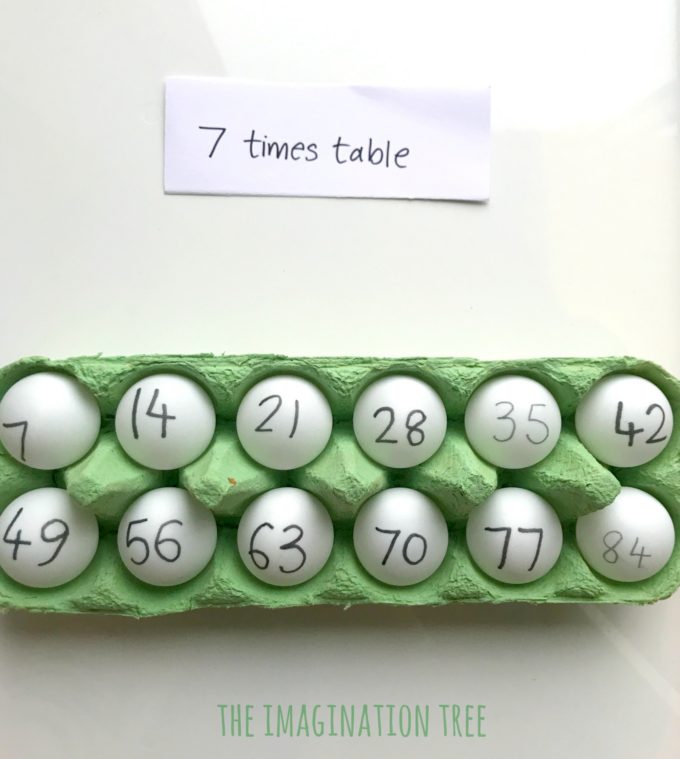 I’ve got some more ideas coming of ways to use these same number ping pong balls for more maths learning games, so once you’ve made yours seal them tight in a giant zip loc bag and come back to see what we do with ours next!

Incidentally, SO many of our homemade resources, puzzles and games now live in these giant zip-loc bags in drawers, a game changer for space saving! 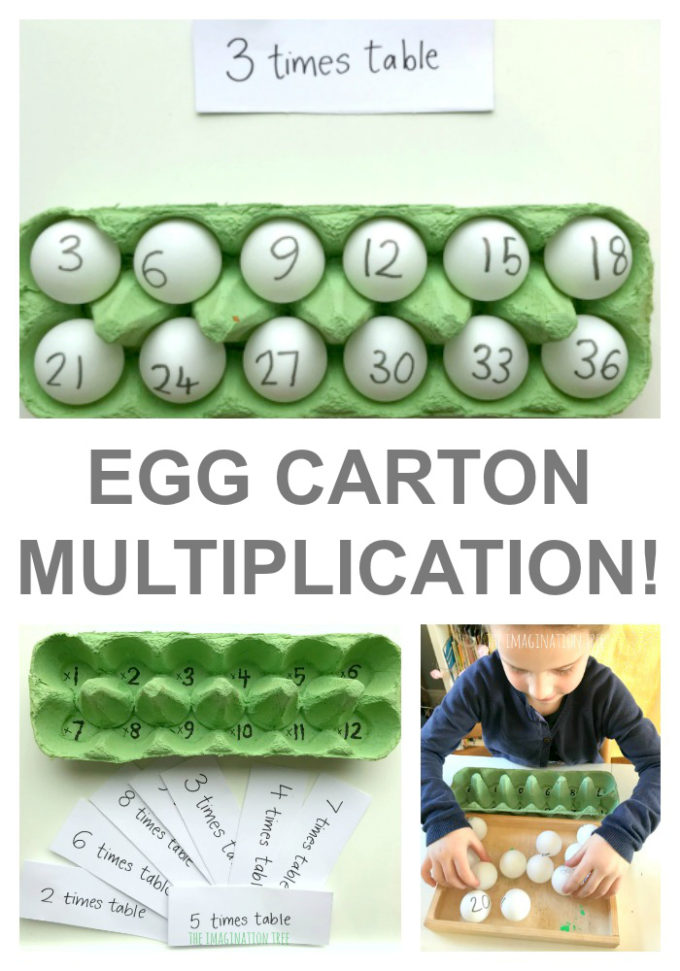 If you loved this multiplication game PLEASE be kind and share on social media and let others know to come and find us here!

We have a huge amount of PLAYFUL MATHS ideas to inspire you further. Have fun!

[This post contains some Amazon affiliate links to help you find products that I love and recommend easily. Thanks for your support!]