Use ping-pong balls to practise letter names and sounds with a fun fishing and matching game for pre-schoolers! 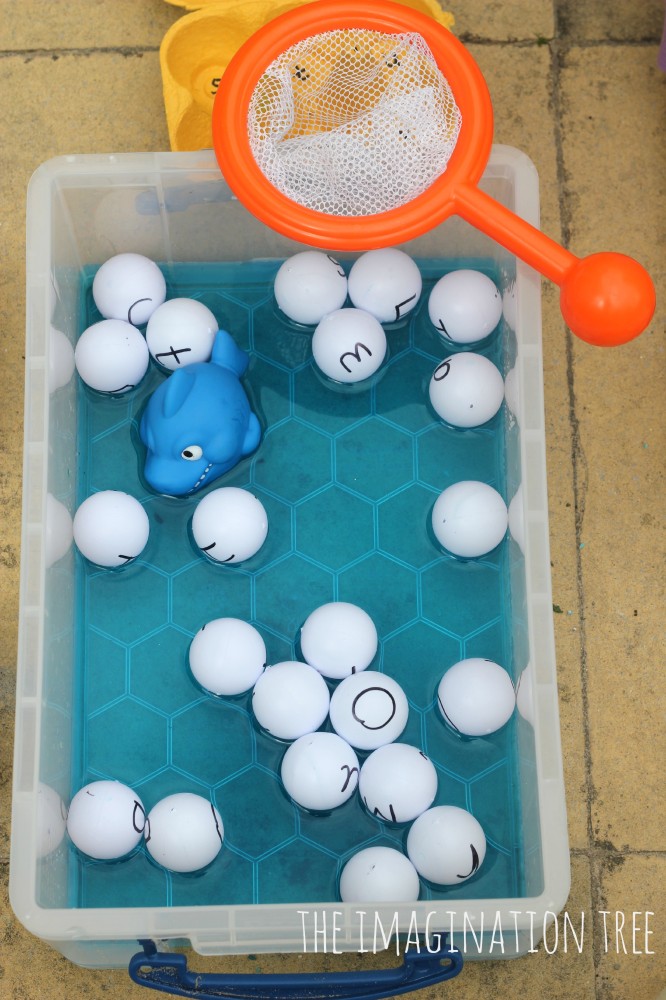 Recently I found a large box of ping-pong balls for only £1 in the Pound Shop and bought them up (like I always do!) thinking they would be useful for something one day! They’ve turned out to be fantastic for making alphabet games with, and here is the first one that the girls enjoyed doing recently. Using a Sharpie permanent marker I simply wrote one letter of the alphabet on each ball, uppercase on one side and lowercase on the other. 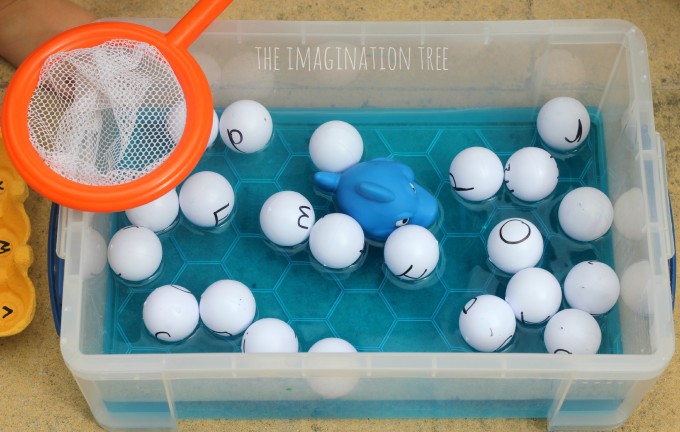 Then we dropped them into a large tub of water which I’d coloured with a few drops of blue gel food colouring.

Next I wrote out the letters of the alphabet into the spaces in some empty egg cartons and we placed those next to the tub, ready for filling up with the fished out balls. With a little fishing net set out next to the set up , we were ready to play! 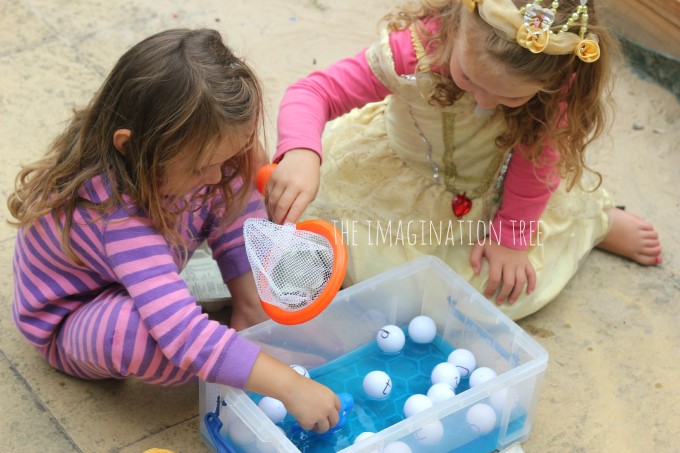 They took it in turns to find the letter of the alphabet that I was calling out. I made the letter SOUND rather than said the letter name itself (used the phoneme rather than the grapheme) and they had to join in repeating the sound out-loud with me as they looked for its corresponding letter. When they found it they fished it out and looked for its matching letter in the box and put it in. 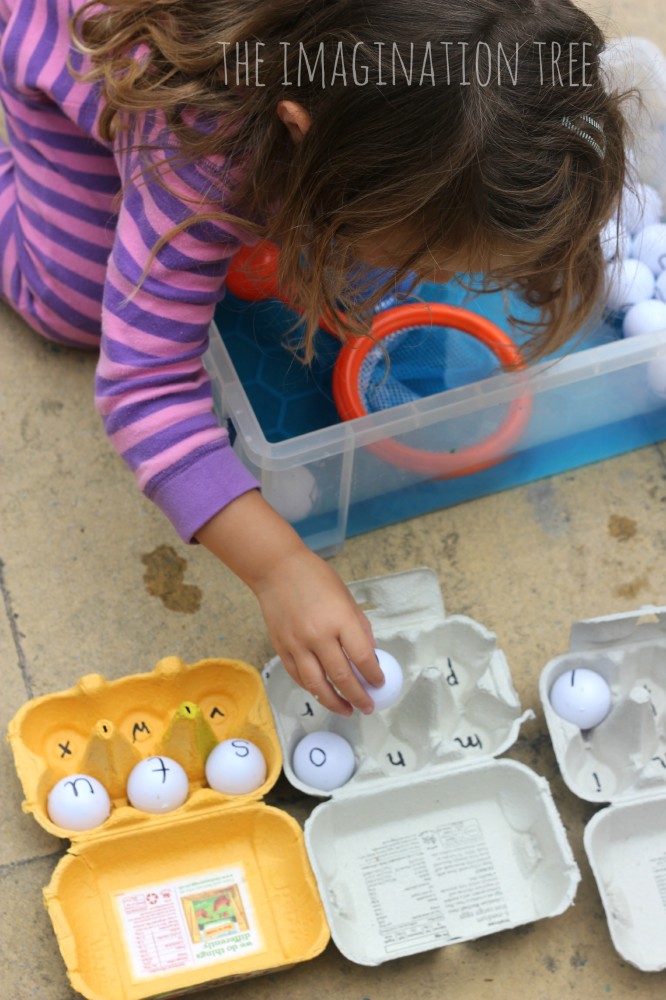 They continued until they had found all the letters of the alphabet, and then (with my newly 5 year old) we used some of them to make small CVC words together . There are lots of other hands-on ways to play with these alphabet balls and we will share some more fun activities soon. 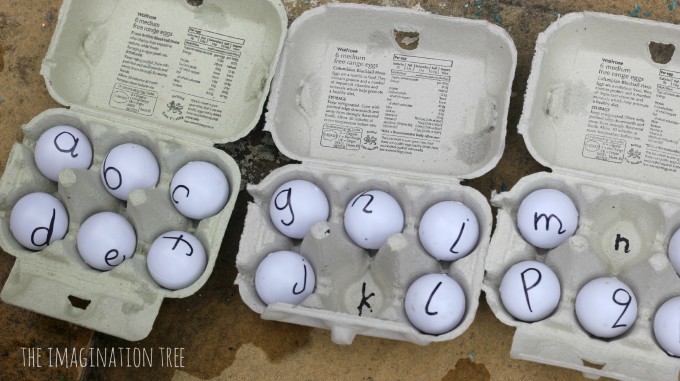 See all our other Playful Literacy learning activities here!