Here’s how to make the really easy chocolate flower pot cupcakes that we made for Pop’s 2nd garden party last week! 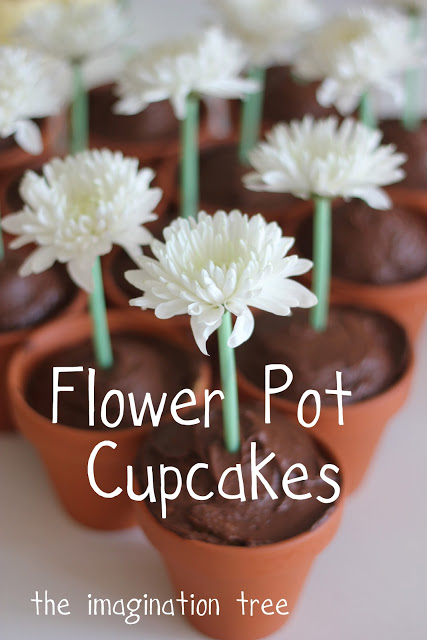 I  was genuinely excited when I thought of the idea to cook cupcakes in flower pots to match our garden theme….only to discover that, of course, this isn’t a new idea!

I had a search and most of the ideas I found involved making a chocolate pudding in a pot, but I wanted to try baking cupcakes in actual terracotta flower pots. I experimented and it worked a treat! 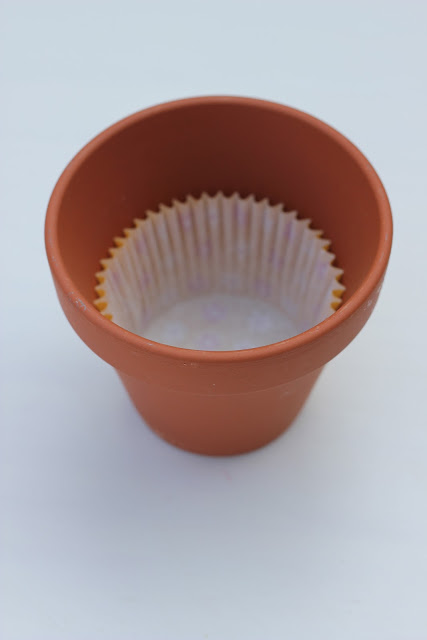 First we made some cupcake mixture flowing our favourite recipe from the Hummingbird Bakery Cookbook. Then I dropped a cupcake case into the bottom of the flowerpots to cover up the hole in the base. 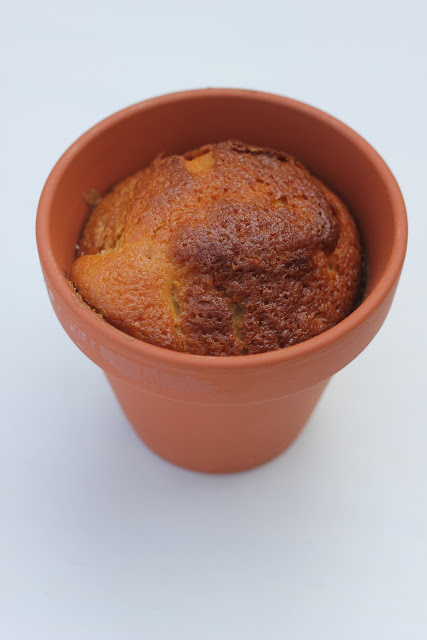 Then we simply baked them at the usual temperature (180 degrees C) and extended the cooking time by an extra 5-10 minutes (so about 30-35 mins instead of 25 mins.) They came out much better than I expected! 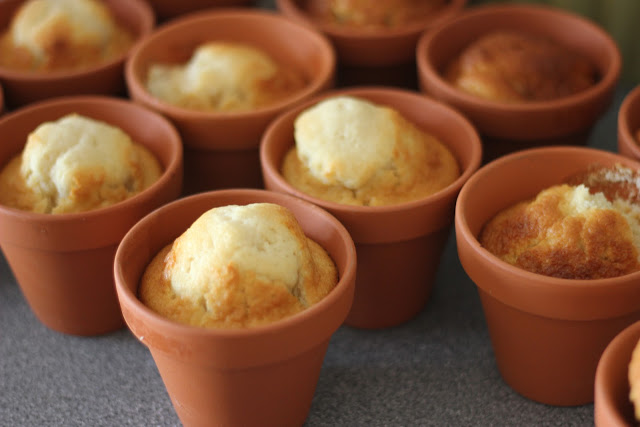 We then made a few batches of the chocolate frosting recipe (from the same book) and simply spread that over the top of each cake once it had cooled. Voila! Instant soil! 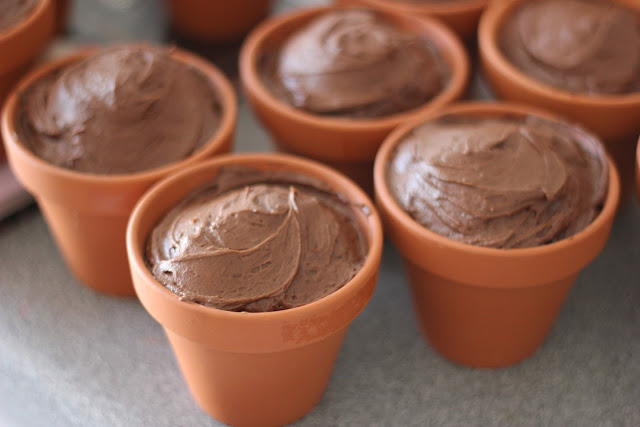 I originally planned to make tissue paper flowers for the middle, but while searching online I saw a fab idea from The Pioneer Woman to use fresh flowers inserted in straws instead! Perfect and so much easier. 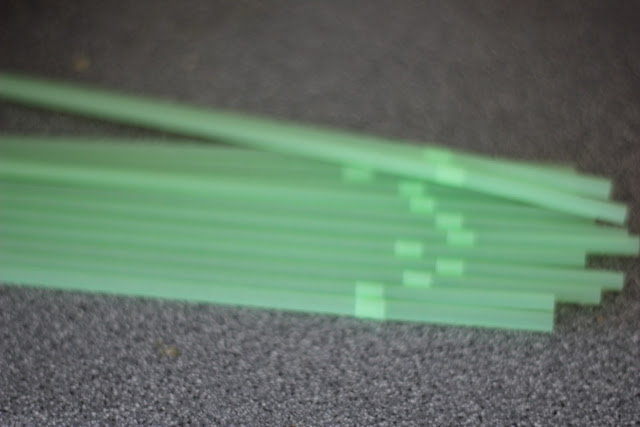 So I cut some green straws to the right length, snipped some fresh Carnations and inserted them into each straw before pushing into the centre of each cupcake. 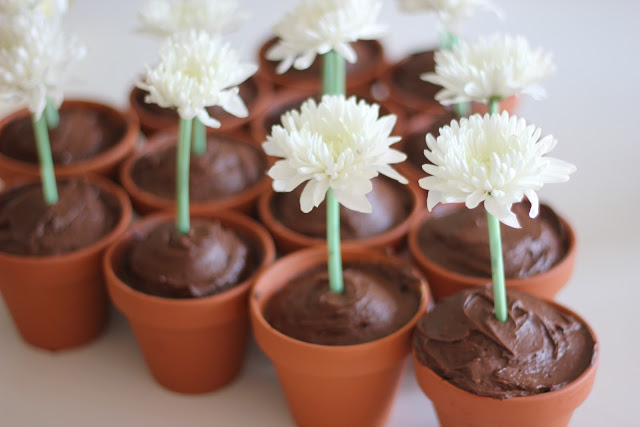 Ta da! All decorated and finished in just a few minutes. That’s my kinda cake decorating! 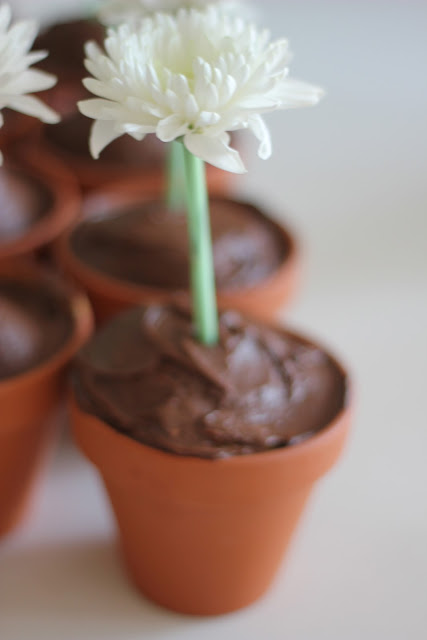 They were served on a tray with some candles and had to be eaten with a spoon! 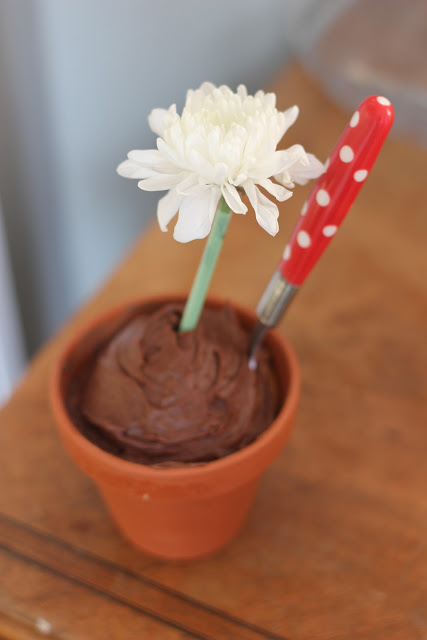 Have you ever made or served cakes in an unconventional container? I’d love to see more ideas!

See the rest of the garden flowers party here! 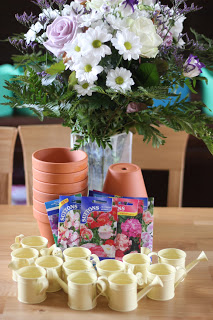