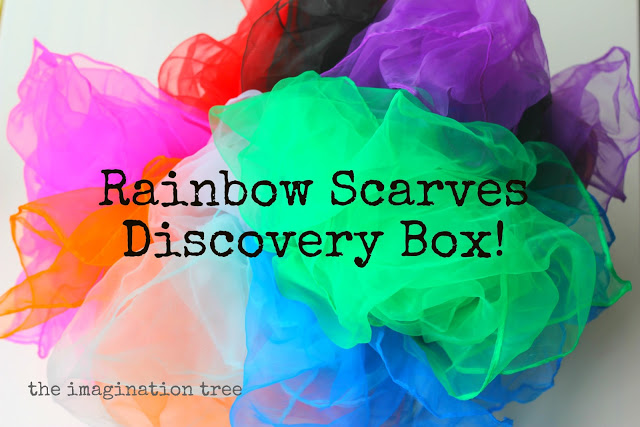 It’s been a while since we had a new Discovery Box to explore and enjoy! If you follow me on Facebook you will know that I’ve been posting daily Invitations to Play, which are little play prompts designed to encourage investigation, creativity and imagination. If you have not read about our Discovery Boxes before, they are designed along a very similar principle and are used as a way to introduce new play materials.
I’ve been making these for the girls since Cakie was 18 months old and had progressed from the heuristic play treasure baskets. I came up with the idea to extend the open-ended play opportunities for her by presenting her with everyday materials in a box or basket based loosely around a particular theme or motor skill (stacking, rolling,  posting, threading, weaving etc.) Then the idea is to step back and watch play unfold, without imposing adult expectations or designed outcomes and only step in to facilitate or extend play when invited to by the child. 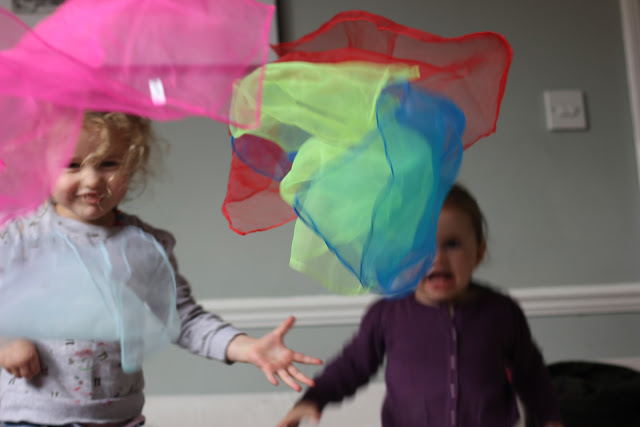 This latest Discovery Box was a basket full of beautiful rainbow coloured scarves. I’ve seen these in lots of gorgeous natural toy magazines and they feature strongly in Waldorf and Steiner education. However they were extremely pricey, so I did some research and found these scarves on eBay being sold as juggling scarves from a circus shop! And at an amazing price!
After the initial “WOWs” from both girls, the first thing they did with them, of course, was to throw them around the room wildly! This apparently involved needing to stand on the sofa and jump off while throwing them overhead, then attempting to catch them. The scarves make a fantastic tool for practising throwing and catching (and therefore gross motor skills and hand:eye co-ordination) as they are so light that they take a long time to float back down, and are also large and easy to grab! 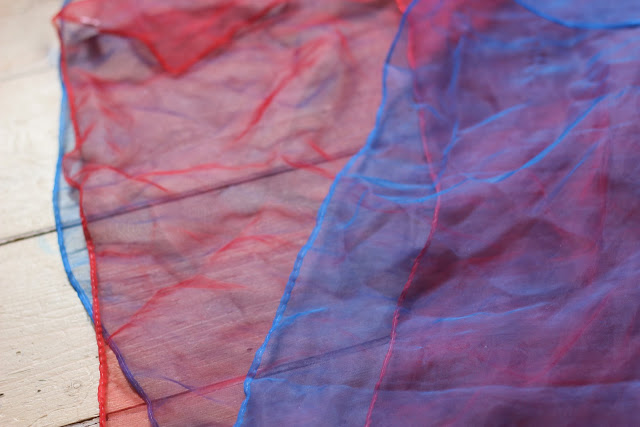 After a while Cakie started to lay them over each other and asked me what colours I could see. She held them up to the window and tried hard to find new colours. After some discussion she agreed that red and blue made a purplish sheen and yellow and blue could be folded to look green. 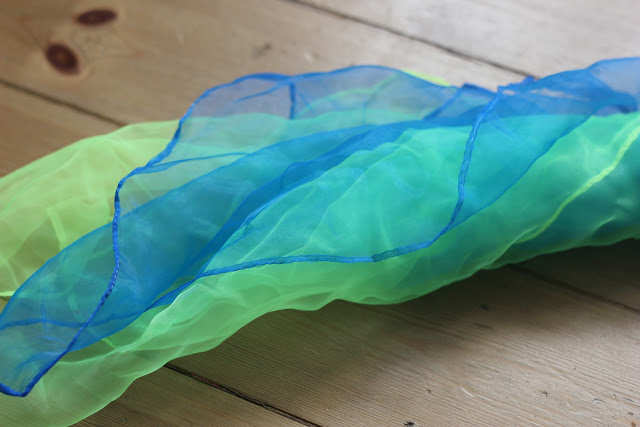 Next these were danced with around the room, trailing behind them or being flapped like birds wings. I am definitely taking these out in the garden for them to run and dance with in a larger space (the next time it actually stops raining here!) 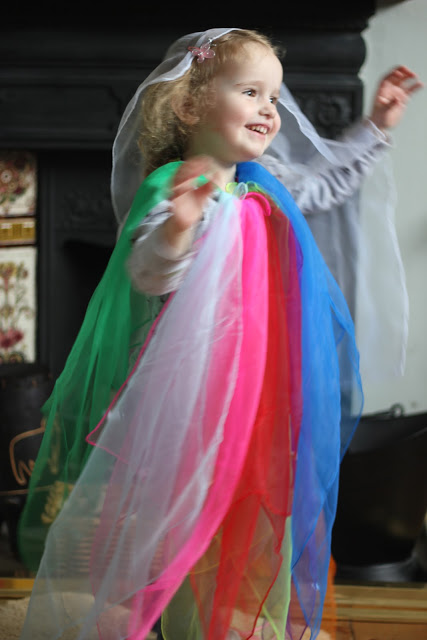 Then, from out of nowhere, Cakie grabbed them all and instructed me to tuck them in around her neck. She said “I’m going to get married now like Cinderella, and this is going to be my rainbow dress.” I suggested she use the white one over her head for a veil and she ran to get some fake flowers to complete the look! Then plenty of independent imaginative play took place, with her as the central character and narrator, as well as lots more dancing and “floating” around the room. It was quite a gorgeous moment 🙂 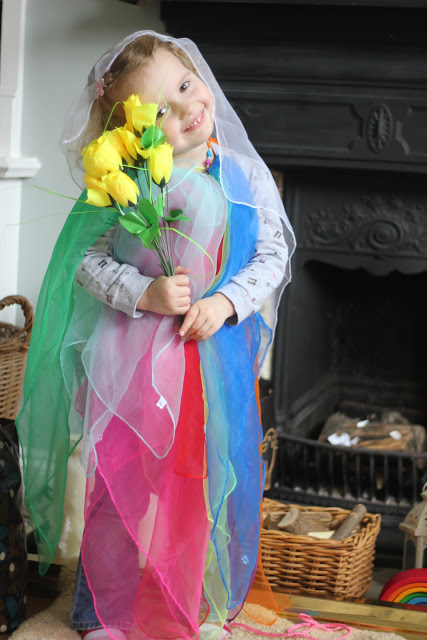 At a later time these were pulled back out of the basket and added to their ever-extending imaginative play small world scenes, with the blue representing a lake, the yellow a beach, and green a forest. 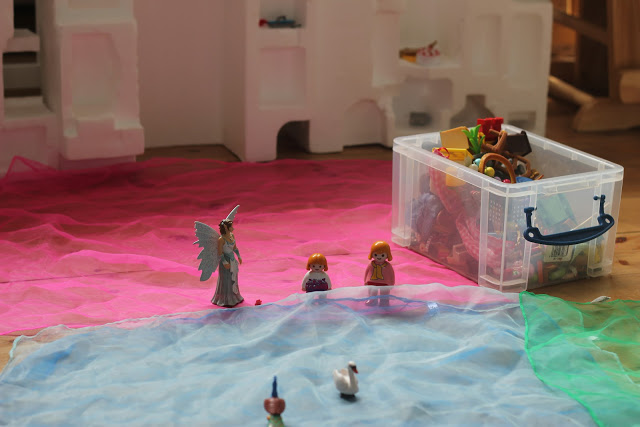 I can’t wait to see where their imaginations will take them next with these scarves! They are going to be a staple addition to all independent play times in our home. 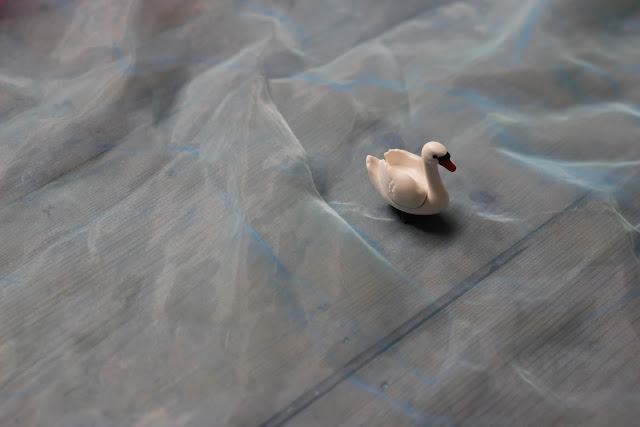