Create a beautiful, natural resource for teaching and learning the alphabet using real shells! These can be stored and used over again for many different early literacy learning objectives, from letter recognition to phonics, upper and lower case matching and spelling small words together! All in a hands on, fun and multi-sensory learning approach. 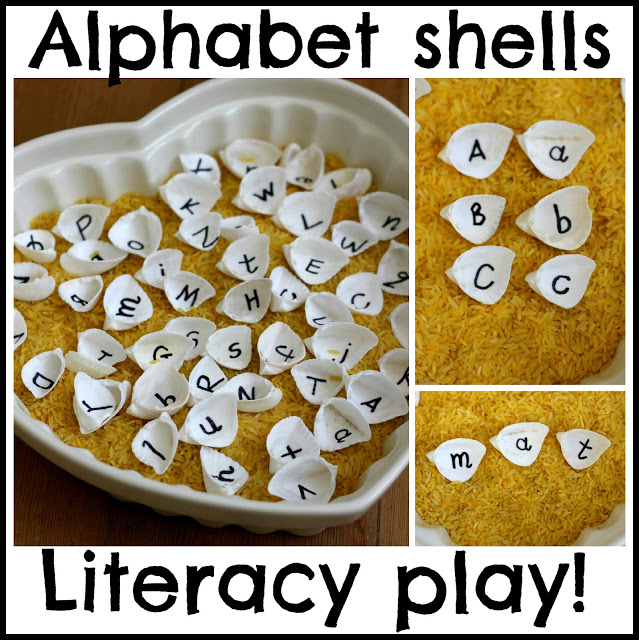 Recently my wonderful sister in law gathered these beautiful white shells and posted them to me as she knows me well, and also that shells are harder to come by where we live. The girls love plain with natural objects and we have made natural discovery baskets and interest tables in the past. After playing with these in the sand and water for a while I thought we could make them into a permanent resource for our playful literacy activities! 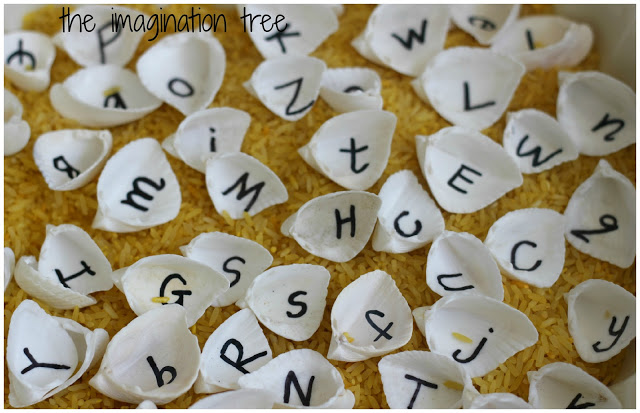 Using a Sharpie marker (permanent marker pen) I wrote one letter onto the inside of each shell, creating one set in upper case and a corresponding set in lower case. Then I simply placed them in a ceramic dish filled with leftover yellow dyed rice (from our Christmas cinnamon sensory tub here.) This was to add an element of sensory play and kinaesthetic learning. You could also simply place them in the sand box or in some coloured, scented sensory salt. 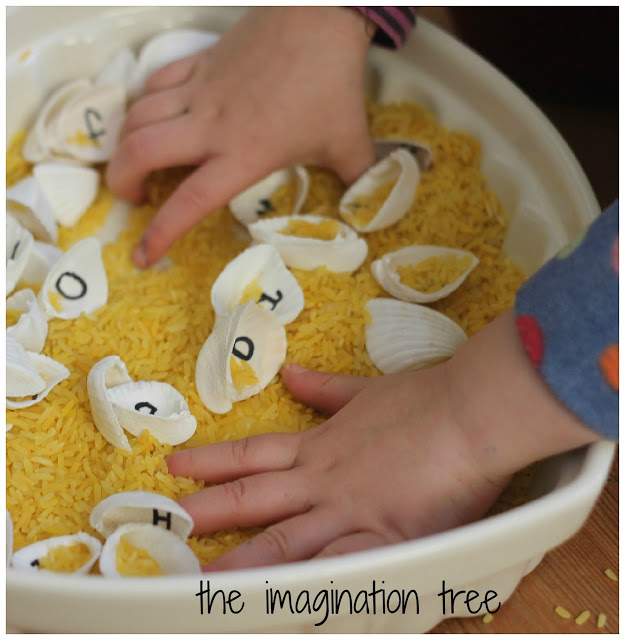 After playing with the shells, scooping and pouring rice and pointing out some letters from their names, I suggested we play the match up game, finding the corresponding pairs of upper and lower case letters. With younger children it would be good to have an alphabet chart to hand so that they can use it to help them. Cakie was able to do this independently and loved finding the “Mummy letters and baby letters” and putting them in a line together. 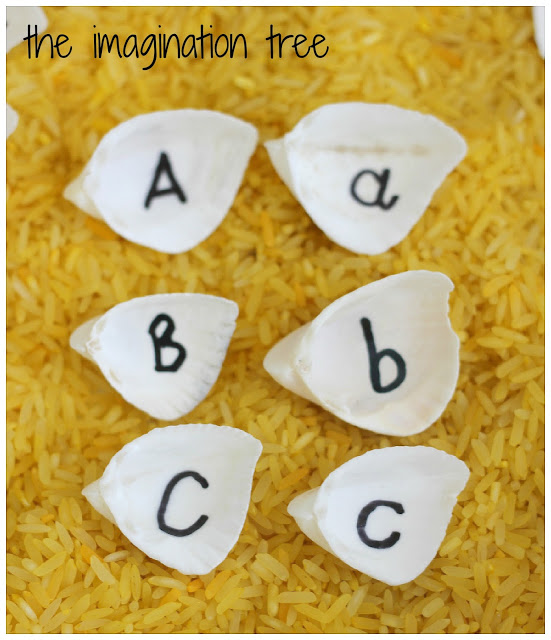 After that we played another game where we turned all the shells face down in the rice so that the letters were hidden. Then we took it in turns to turn one over at a time and to name the letter that was on the other side. They then placed that next to them on the floor (a bit like collecting Scrabble tiles) and after each turn we had a look to see if anyone had enough correct letters to be able to form a word yet. Pop had the letters “S” and then “O” and we read the word “so” together, sounding out each letter by pointing at it, then blending them together to form the little word.

It took a while to get enough vowels each to spell some CVC words (Consonant Vowel Consonant), but Cakie was thrilled when she could write “mat” with her collected shell letters. And they both fell about laughing when I had enough letters to spell “bum”! Oh how eternally hilarious for young children! You could change this game by simply putting 3 shells together and asking your child to read the words created, or ask them to find particular letters to match the sound you are saying. The possibilities are endless! 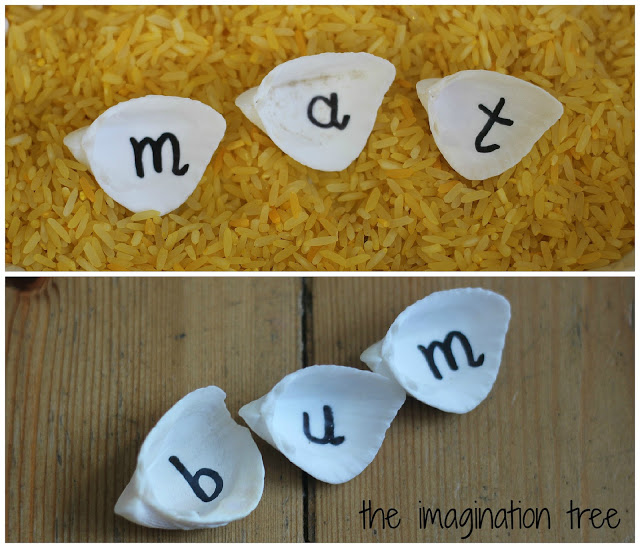 What they are learning while they play:
literacy: letter recognition, matching upper and lower case letters, sounding out letters phonetically, forming 2 and 3 letter words (CV and CVC words), beginning to recognise small words independently, be able to sound out small words
motor skills: fine motor skills in picking up and turning over small shells, playing with rice in handfuls and scoops
social skills: turn taking, playing according to rules, sharing

Cakie: 4.4
Pop: 2.10
Bean 11 mos
Enjoy this post? You may like to check out all our previous ideas from the Playful Literacy series by clicking the image below. There will be a new Playful Literacy idea on the blog each week from now on too, so sign up to receive our emails and stay tuned in! 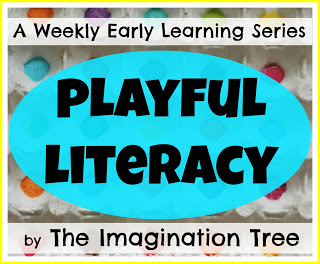