Put a new twist on the usual pumpkin decorating by incorporating some playful learning of letters and sounds! Perfect for toddlers and preschoolers, these alphabet pumpkins promote great fine motor skills, concentration, creativity and phoneme-grapheme correspondence! 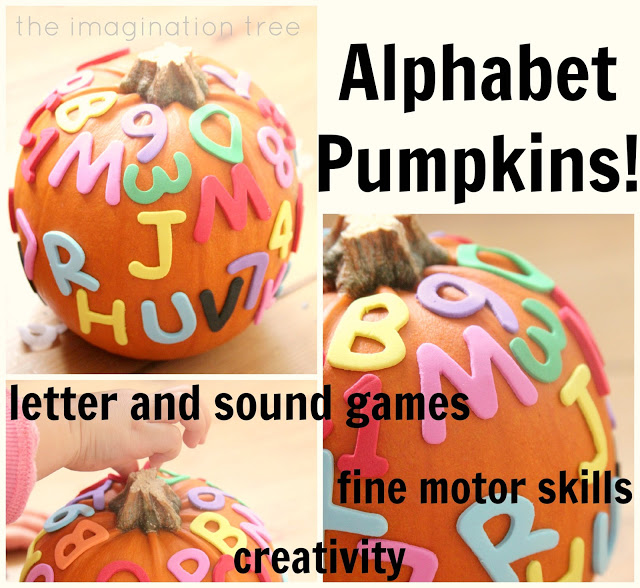 The girls have been very busy with our pumpkin canvasses over the past few weeks, trying out a range of media and techniques to decorate them in creative ways! We had a whole bucket full of sticky foam letters and numbers in our creative area and used them to make alphabet pumpkins for some sneaky playful learning. 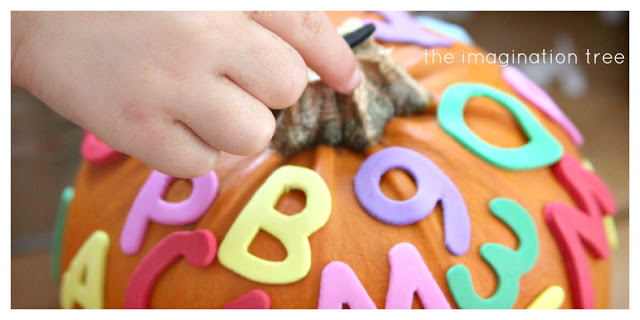 Un-peeling, sticking and re-positioning the alphabet stickers is a great fine motor activity all of its own and proved a real effort of concentration for Pop (2.6) but very easy for Cakie (4.1).

Once the surfaces were covered, we put the pumpkins in the middle of the dining room table and are now using them to play phonics games while we eat! Here are 5 fun games to get the playful literacy started! 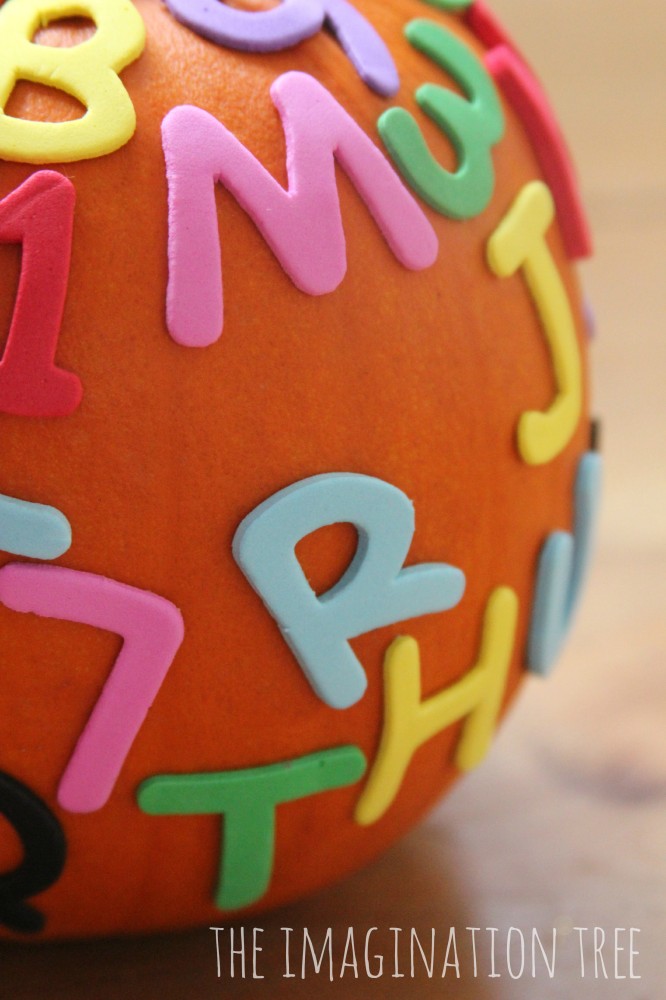 Spot the Letter: choosing familiar or important letters, such as those from your child’s name, ask them to find a certain one as quickly as they can and point to it. “Can you find the letter at the beginning of Mummy?”

Letter Sound I-Spy: Say “I spy a letter that makes the sound Sssssssss like a snake! Can you find it?” Emphasise the sounds not the names of the letters.

Noisy Letter Buttons: Say “Find letter F and push it to make its sound noisy!” Child pushes on the foam letter F and says “fffffffff”. Make sure they are making the sound not the letter name.

Letter or Number? Point to a random foam sticker and say “letter or number?” Child has to quickly discriminate which it is, a good challenge for young children!

Upper and Lower Case Snap! We didn’t have any lower case letters (big shame as they are the best place to start) but if you have both on the same pumpkin, then point to capital D and say “find me his lower case partner!” Child looks for lowercase “d” and shouts “Snap!”Make it a race between siblings! 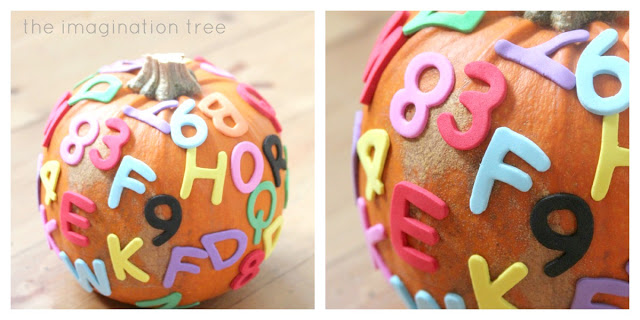 maths: recognising numerals, counting to 10, comparing and contrasting letters and numbers and knowing the difference

creativity: using a range of combined media, working on a different scale and dimension