Make some frozen letters and use them to play with the alphabet in a fun, sensory way (sneaking in a little learning on the side!) 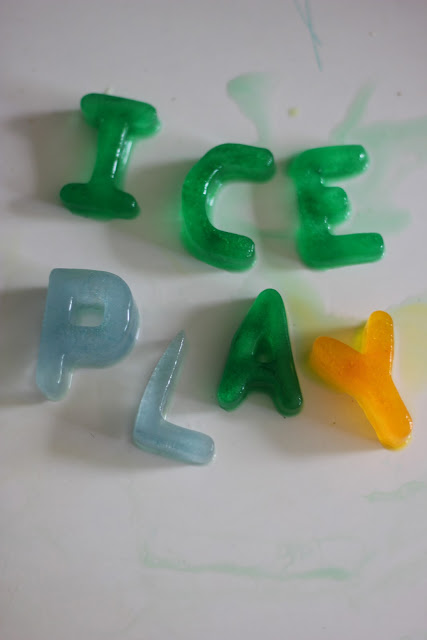 ) which can be both frozen and cooked, therefore making them perfect for making ice and cookies to explore the alphabet with! The girls and I mixed up some coloured water using food colouring, and poured it into the trays ready for freezing. 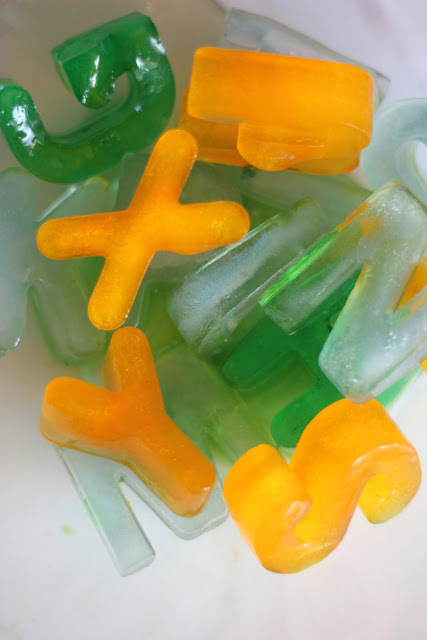 After being checked on approximately once an hour by a very excited Cakie, the letters were finally ready to pop out and play with! We put them on large sheets of paper so that when they inevitably melted, they could create some liquid watercolour art at the same time. 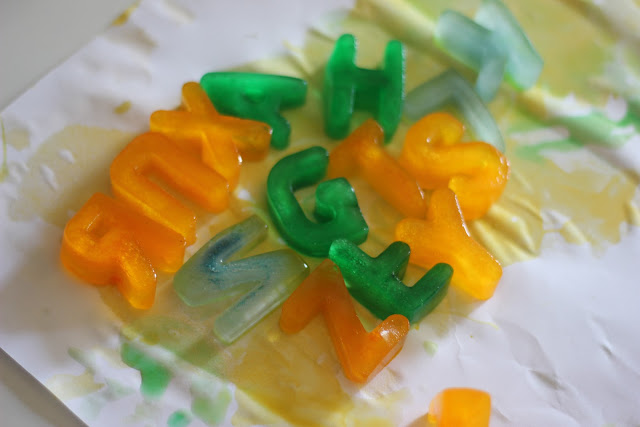 They recognised some letter names and sounds, but mainly enjoyed using them to stack, sort and build alphabet ice towers. Through play they discovered that they could carefully stand them up on end and that they were both slippery one moment and sticking to each other the next. 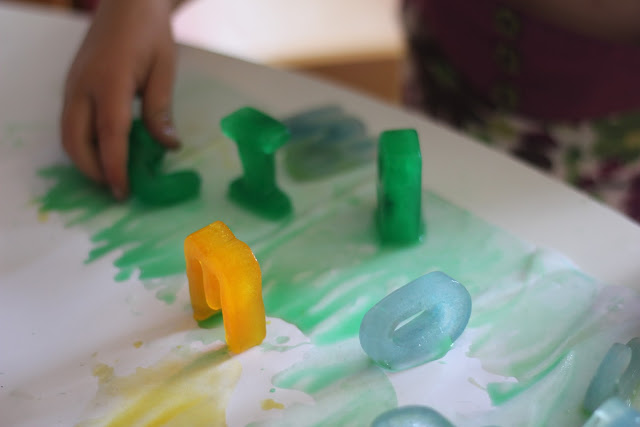 As they were playing on paper it was easy to throw in a little learning opportunity, by writing letters and small words to match the ice letters to. Letter matching is an early literacy skill, which is great for pracistiing in a fun way before any formal letter learning takes place. 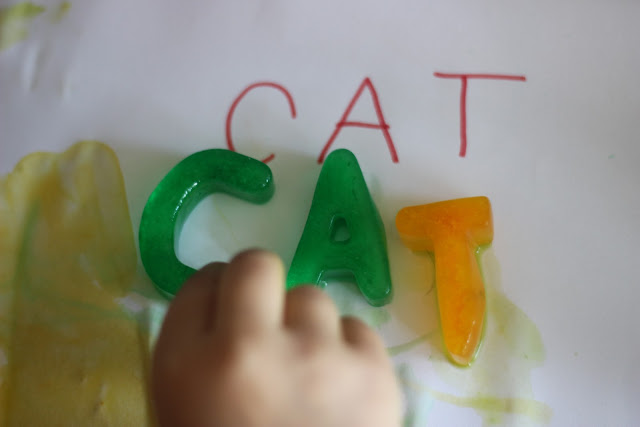 When the sun came out we took them outside and played ice fishing using a net and a bowl of water! As she scooped them out Cakie tried to name each one and to recognise whether or not it came from her name. She had to be quick as they melted quickly! 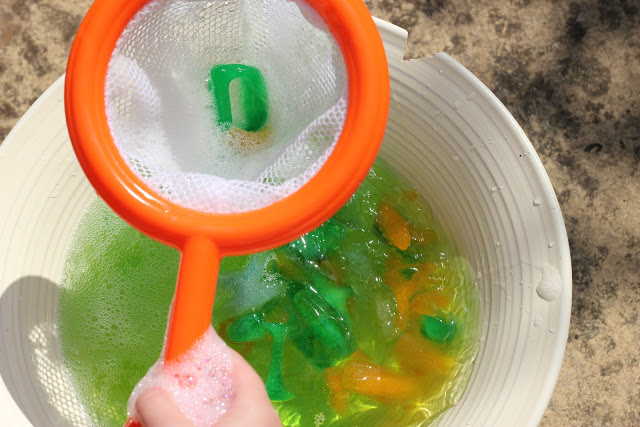 Further questions and ways to play:

What else could you create? We have a few things planned!
See also our Alphabet Crayons made with the same moulds!

You can browse the ABC archives here for dozens more ideas!