Explore the ABC in a fun, multi-sensory way using alphabet cups on the light box. A perfect for all age groups which can be adapted to suit their various stages in literacy development and just used for simple, playful stacking fun! 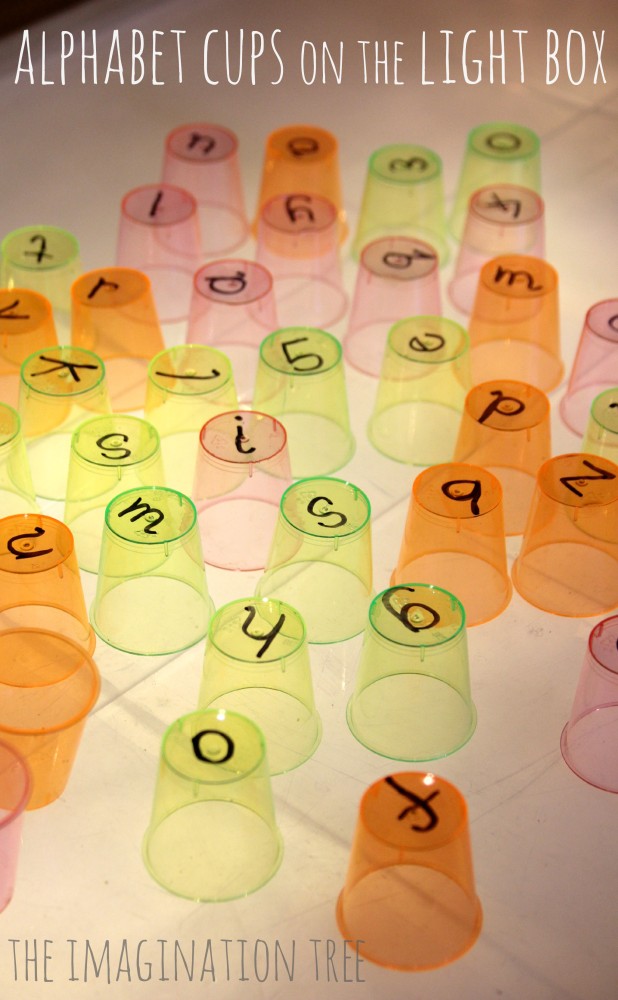 After Christmas last year we made our very own light box using the simplest and easiest method known to mankind! Here’s how to make this super-simple, DIY light box.  One of the first materials we used on the box were these wonderfully bright, neon shot glasses (about £1 in the supermarket) which we had used lots in our stacking cups discovery box in the past. They sorted them, stacked them, explored how they looked over the light, lined them up and played with them. 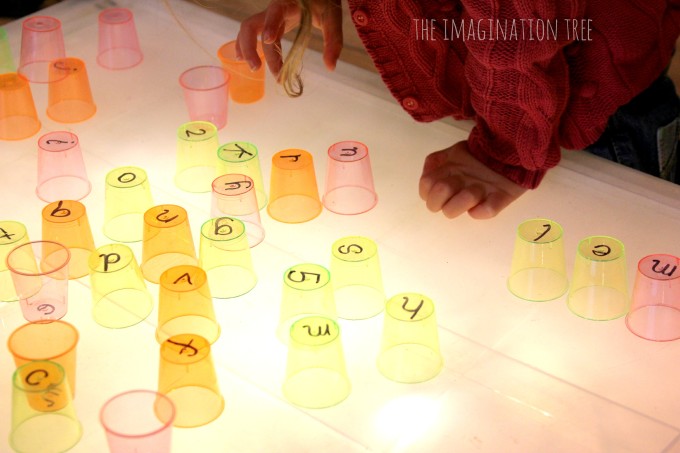 Then we pulled them out again recently and I simply added letters of the alphabet (and some numbers too) using a Sharpie permanent marker. They kept their other qualities and also had the added benefit of offering some literacy learning into the play. 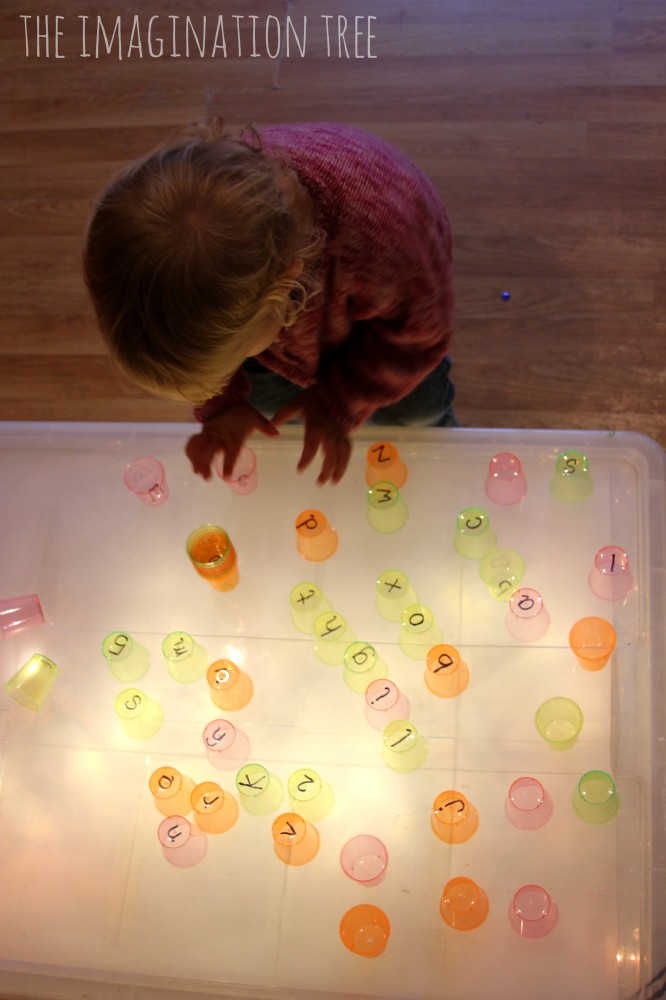 Pop was able to find the letters she needed to make her name and spell it out in the right order. She then looked for some letters to match the sounds that I was calling out and we turned it into a phonics I-Spy game. Baby Bean simply enjoyed stacking, rolling, and picking them up. 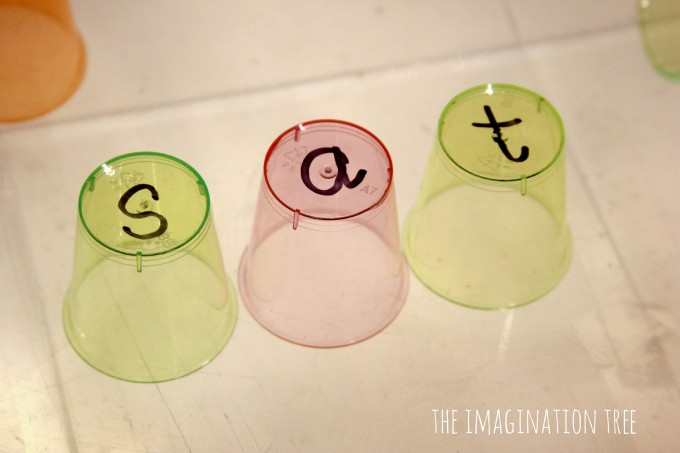 Cakie was able to make her name and then move onto starting to sound out and spell small, CVC words independently. This would also be a great way for children to practise learning and writing their sight words by memory. Or use them to write numbers on instead and put them in the right order, do small addition and subtraction proems or make numbers to represent quantities with. 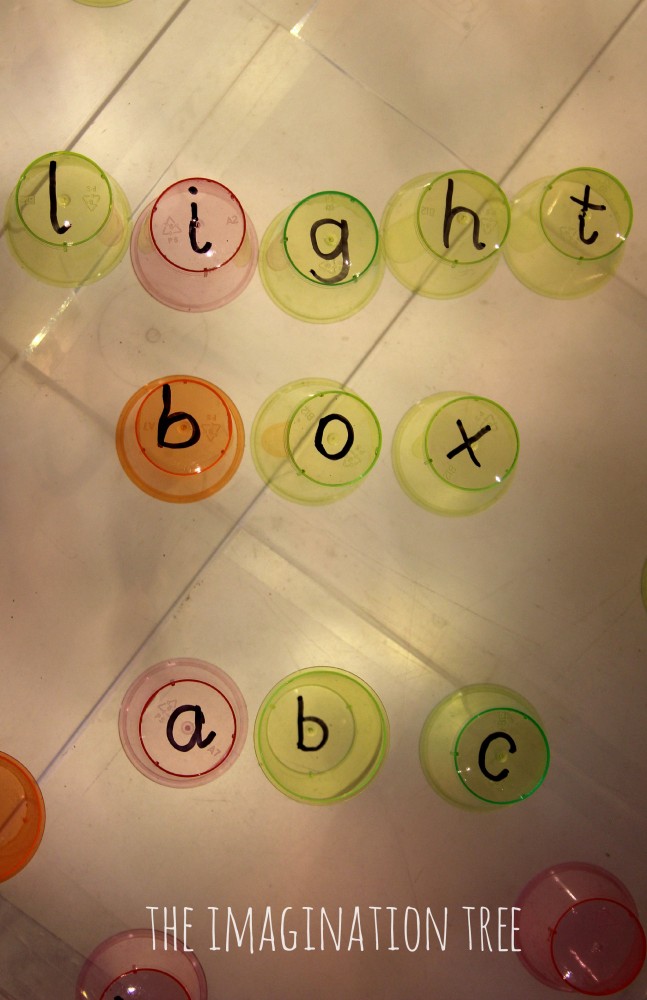 science & discovery: exploring the effect of light on coloured objects

You can see a discovery box we made using these same neon cups in this activity.