Turn a cardboard box into a giant small world play  scene, with drawn on train tracks and play elements made from everyday recycled materials. This is the perfect rainy afternoon fun set up and encourages creativity and imaginative play. 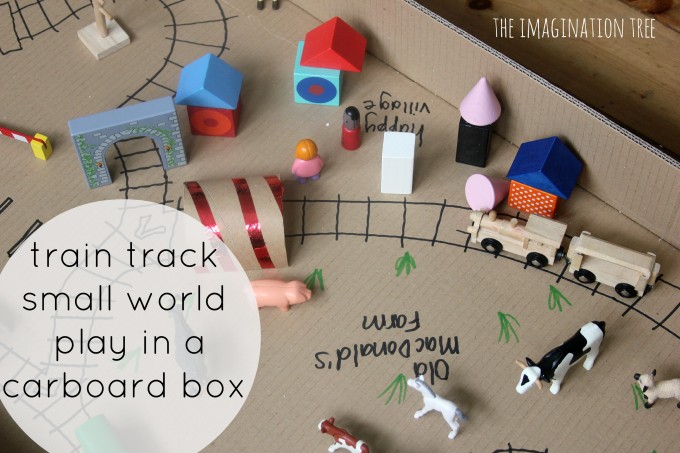 We all know that no child can resist the joyful allure of  the humble cardboard box! There are many posts on this site dedicated to ways to play with boxes, including our popular small world town in a box activity which had the girls sitting right in there amongst their play! 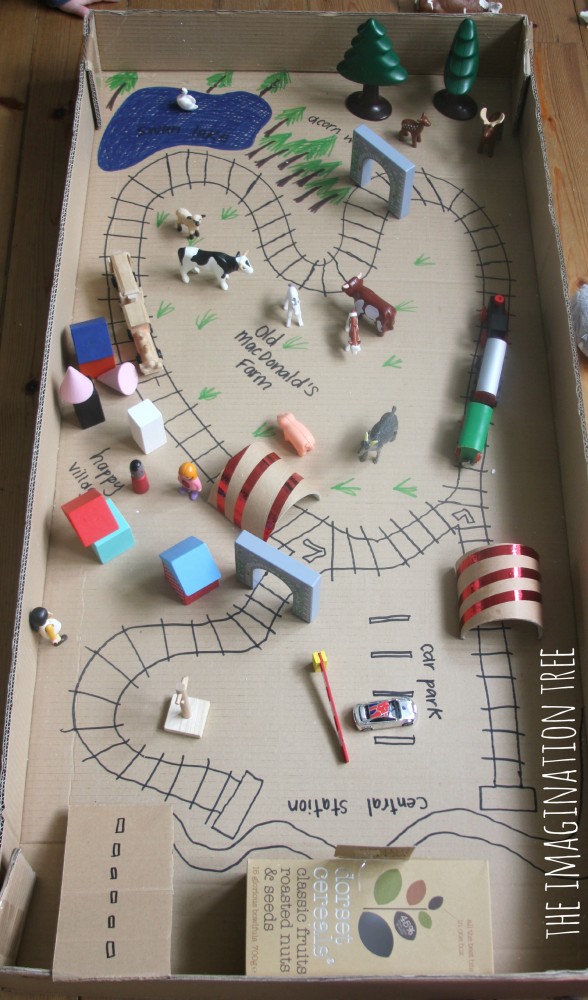 Whenever a new box enters our life I get really excited about the possibilities. The girls still adore making play scenes from them, so when we got a new flat box last week it became a train tracks scene with added trains, cars, farm animals and more. I drew a really simple train track going around the box using a marker and left the pot of markers for them to add anything extra to the scene that they wanted. 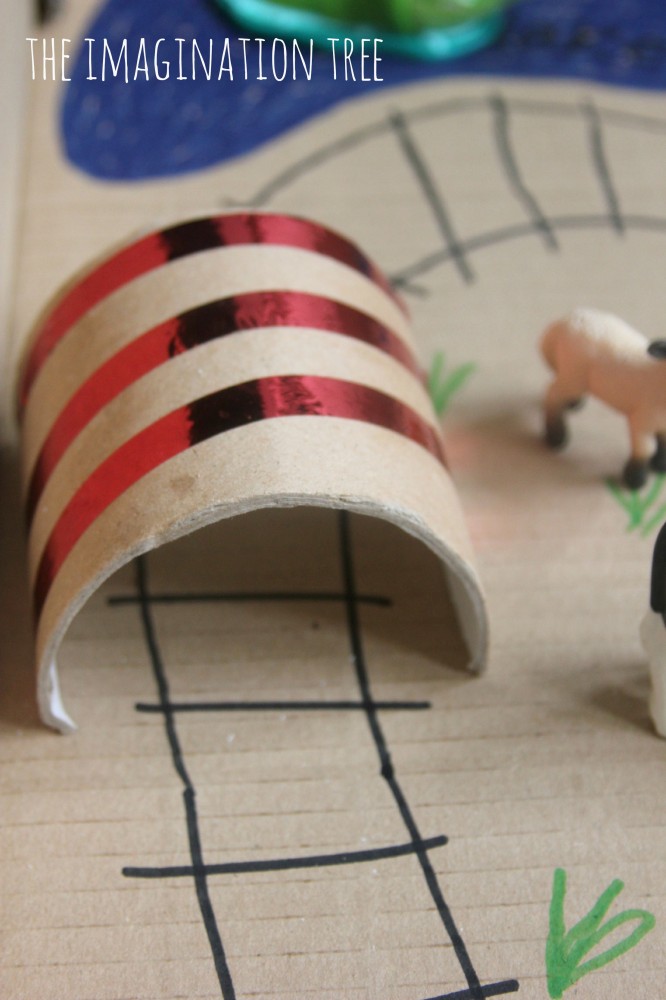 Then we found a large cardboard tube and cut it in half to become two tunnels for the trains to drive through, which they loved! We also added an old cereal box with some simple windows and a door cut out, to become Central Station for the trains to terminate at. 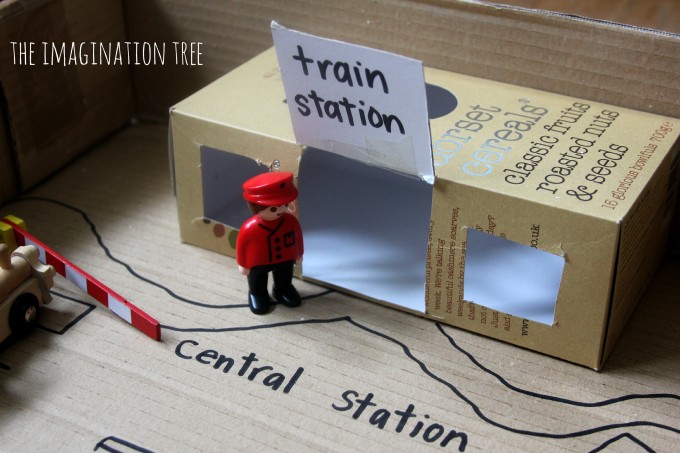 They chose what else to add, and found blocks for creating houses and buildings, arches from the castle set to make bridges, and people and animals to come and live in their small world Happy Town! In the middle of the scene we made Old MacDonald’s farm and lots of animals made an appearance, including a stray crocodile in the pond, ready to gobble up the swan! They played here all afternoon and again during the week, with adaptations made using pens and new toys to change the themes. Creativity and fantastic imaginative play that costs nothing! 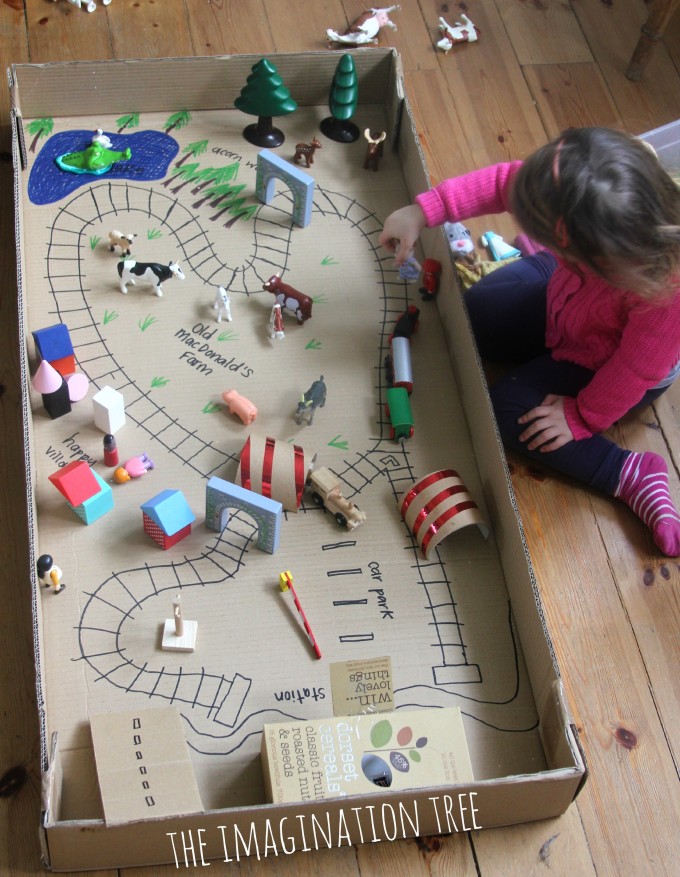 What they are learning while they play:

creativity: using imaginations to create stories and act out scenarios, drawing and creating scenes in 2D and 3D, combining materials to represent other objects